‘Countless hours go into this’ 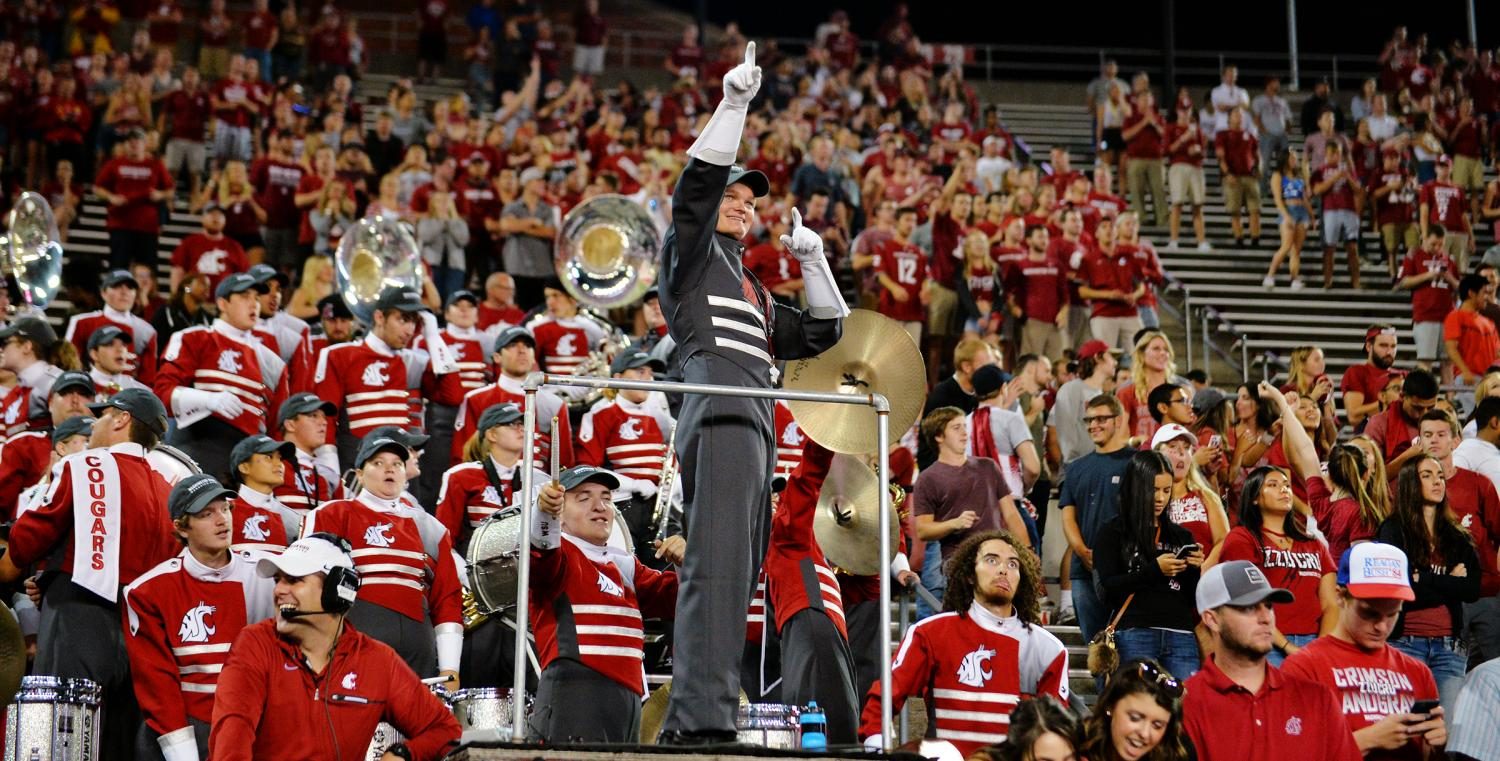 The process of memorizing music, learning the drill and cleaning up the formations is prepped two weeks before the football games, drum major Nichole Chambers said.

“Countless hours go into this 12-minute performance,” she said.

“We’ll do two hour rehearsals, each one of those days, usually 10 hours a week,” he said. “It gets easier over time. The more that you memorize music, the easier it becomes.”

Brester said that three years ago the marching band experienced game days every week, just as they are experiencing now.

“It’s a lot of compressed material to get in in that time, and so it’s just kind of a thing we have to work through,” Brester said. “It’s not overbearing as long as we’re focused.”

“We’ve done pretty well, the way that we’ve lined up our shows so that we’re not doing a different show every week … we’ve simplified the drill,” Chambers said. “The drill is much simpler than it would normally be if we had two or three weeks to work on it.”

Chambers said that the music for halftime may be recycled again in order to make it easier for band students to have enough time to memorize the music and learn the drills. They rehearse for six hours prior to kick off.

“Our directors are very much aware of how time consuming it is, but they do a good job of making sure that we have enough time and that we’re set up for success,” she said.

The marching band performed the 1992 songs, “Bohemian Rhapsody” and “Life is a Highway” on Saturday in collaboration with Boise State University Marching Band.

A common collaboration partner for the marching band is the color guard, who tend to spend more hours than the band members practicing choreography and drill performances, Chambers said.

“They have to learn choreography and most times, they stay after we leave,” she said, “because dance choreography you need more practice.”

“I don’t know the extent of her outside of rehearsal time, but it’s a lot of extra practice and learning of her own routines,” Chambers said. “She kind of does her own thing, but she is important.”

The marching band will perform their next halftime show Saturday when the WSU football team plays Oregon State University.