Take a break and let your mind wander

Turn off your phone, put down your pencil and take a moment to daydream 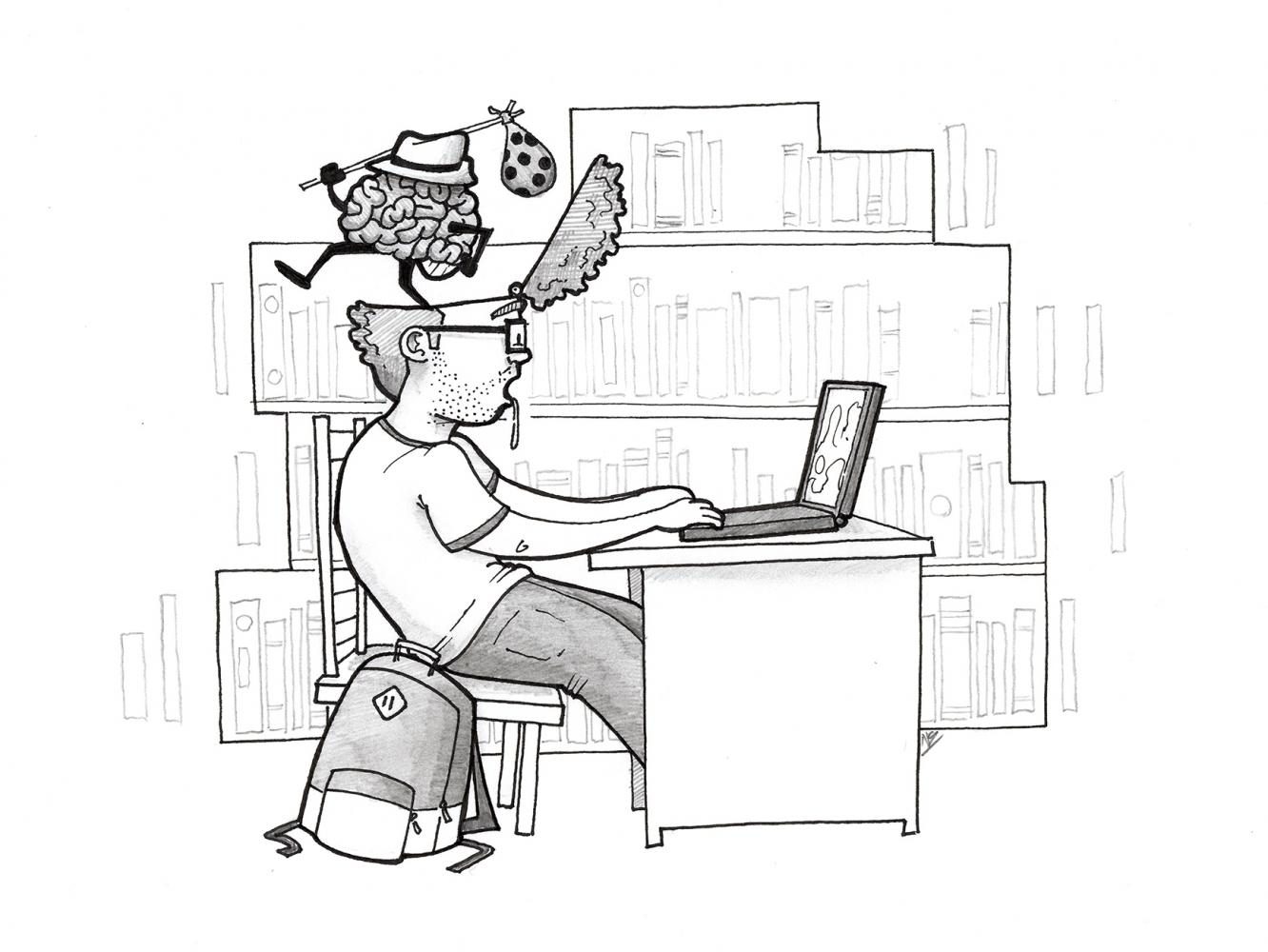 Daydreaming allows creativity to flourish by allowing people to access and reflect on memories.

Nothing — students need to make it a priority. Absolutely nothing. When I say nothing, I mean nothing; no music, no reading, no TV, no sleeping and certainly no wasting time on their phones.
Doing nothing may sound like a waste of time all on its own, and it might even sound more wasteful than playing video games or cruising social media, but that is far from the truth. As our lives have become faster- paced with the advantages technology brings, they have simultaneously become cluttered with our newfound dependence on constant access to media.
Take riding the bus for example: before mobile phones, people would have little to do but think about whatever their mind was drawn to. All the time that would have been spent in idle pondering has been replaced by devices that keep our minds safe from wandering to unpleasant thoughts. As Henry David Thoreau said, “Men have become tools of their tools.”
“People just mindlessly browse social media, they don’t do any thinking during that time,” second year Murrow doctoral student Xizhu Xiao said. “Technology has provided tools for people to drift away from their daily lives.” Xiao said she uses yoga to help her be mindful and focus on things that matter.
Try to remember the last time your mind truly wandered, when you spent at least five minutes just following the course your brain set without trying to control it. It’s likely you ended up at some rather unhappy thoughts that snapped you out of your stupor. People don’t like getting lost in their own thoughts because they are afraid of where it might lead; we tend to gravitate toward focusing on our worries.
The problem with this aversion is that it leads to weaker emotional resilience. People should take more time to be present with their own thoughts and practice self-control. Being able to work through the strenuous times in life is a critical skill for every person to master, regardless of their career choice or major.
But letting your mind wander has the potential to bring another critical benefit to people’s lives — creativity. Your brain has two attention systems that are almost entirely mutually exclusive. Daydreaming engages what is known as your “default network” in a way that using your phone doesn’t. This default network is connected to many important tasks, like moral reasoning, emotional reflection, and empathizing with others.
The amount of time we spend outside of this deep contemplative state is troubling because those vital mental pathways are not being reinforced as much as they would have been otherwise.
Creativity is boosted by this network because it makes accessing memories much easier and helps us reflect on information we have been exposed to.
“I think it’s also something that really does help you in things that you need to create,” said Keifer Sumers, a freshman biomedical engineering major. “As an engineer, I do daydream a lot about different things that would be fun to create.”
Sumers has designed and built several innovative tools for his dorm room, including an air conditioner fashioned out of a fan and liquid-cooled copper piping. His creative brain is active in nearly everything he does, in part because he lets his mind wander.
Henry David Thoreau also said, “To make a deep mental path, we must think over and over the kind of thoughts we wish to dominate our lives.” Sometimes, in order to find who we are, we must slow down and realize that person has been with us the whole time.