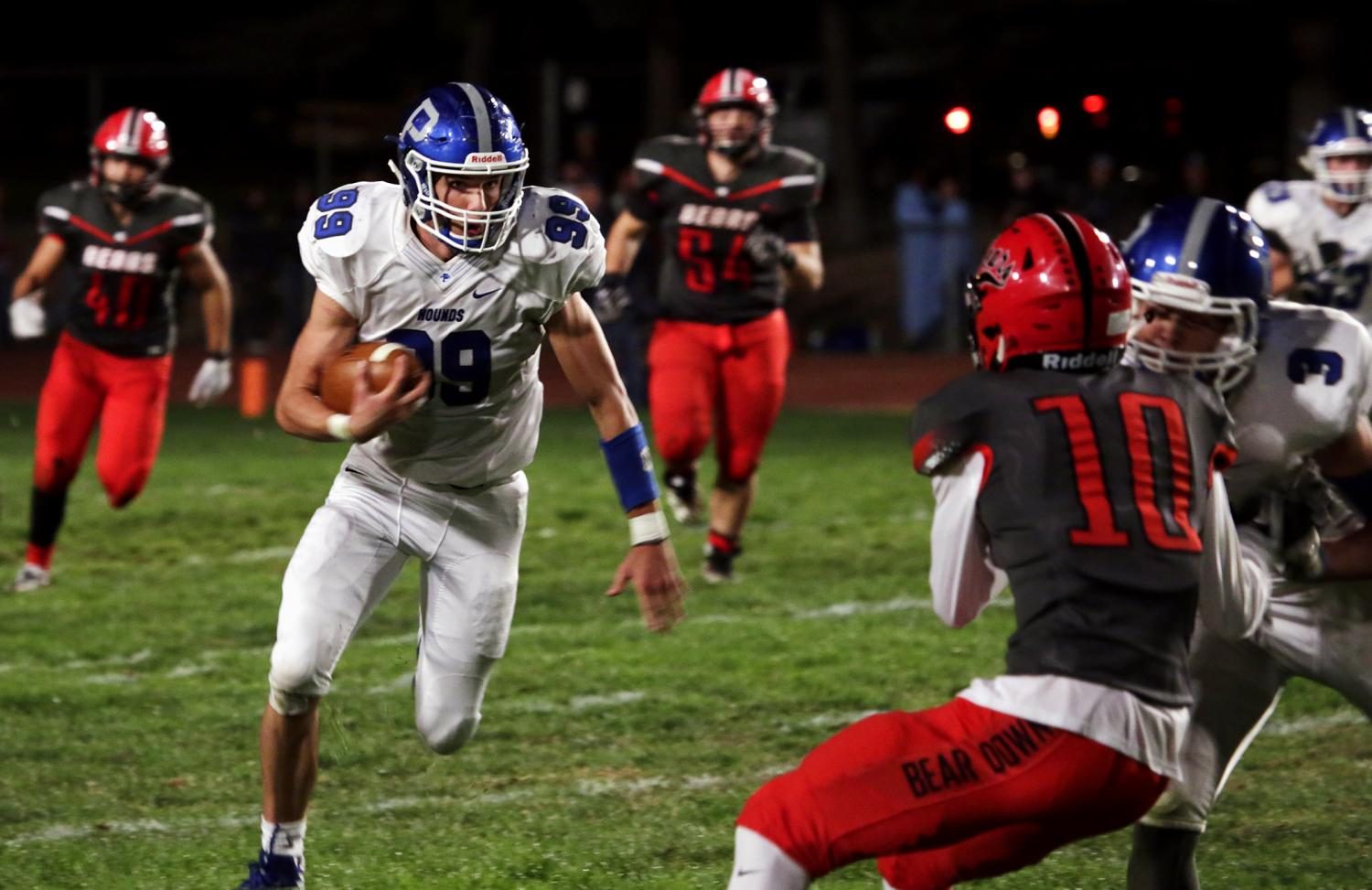 Pullman Greyhounds football (1-1) and the Moscow Bears (2-2) competed Friday night at Bear Field in Moscow for the annual Border Battle rivalry game. The Greyhounds handily topped the Bears 38-7 in the non-conference contest.

Closer to the beginning of every season, the two schools meet for a game. The competition location switches back and forth between Pullman and Moscow like the Apple Cup switches between Seattle and Pullman.

Junior quarterback Konner Kinkade flicked a 15-yard pass to senior tight end Jared Holstad in the opening drive to put Pullman on the board.

Kinkade and his team never looked back.

Moscow received the ball on the ensuing drive, but failed to get far down the field. A shanked punt put the Greyhounds in excellent field position as they exerted pressure. Shortly later, Kinkade struck again, this time targeting senior tailback Jed Byers.

Byers hung on to a pass, adding to the score. Although Pullman missed an extra point and a two-point conversion, the team was up 12-0 by the end of the first quarter. Byers himself was not finished scoring.

This time with his legs, Byers broke through to capture 40 yards and a touchdown in the second quarter. Led by Head Coach Phil Helbling, Moscow responded to the 19-0 lead with a touchdown — their only score of the game.

Junior quarterback Peyton Walters tossed a pass to junior wide receiver Jacob Gray who then carried the ball 55 yards to the end zone.

Immediately, the Greyhounds got that touchdown back with the longest run of the game. Byers slipped through the defense and trucked 80 yards for the final score of the first half. Pullman led 26-7.

“When we needed to capture momentum, we didn’t,” Helbling said. “I thought when we put up that score and came within two possessions, we had the momentum. One play, 80-something yards later, there it goes again.”

The Greyhounds padded the lead with two more touchdowns, one in the third and fourth quarters. Both scores came via Kinkade passes to sophomore wide receiver Isaiah Strong.

Since their season-opener against Fife at Husky Stadium in Seattle, Pullman has shown improvements on offense and defense. Their next scheduled game is also their first home game of the season. It begins at 7 p.m. Friday against the Bonners Ferry Badgers (0-4).