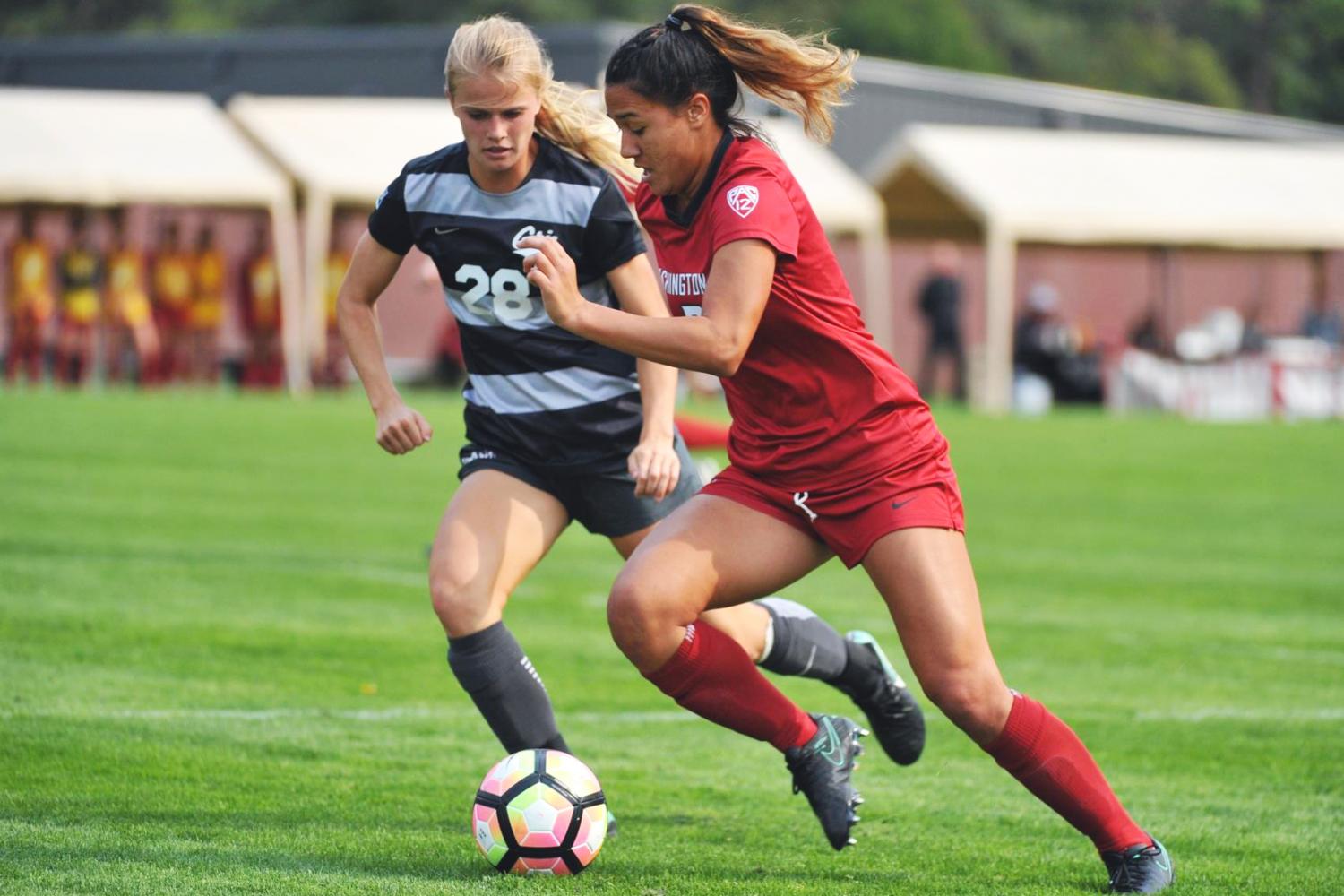 Cougar soccer (5-1-2) began its conference play this season with a scoreless draw against Montana (5-4-1). WSU managed to out-shoot the Grizzlies 15-10, and 6-2 on goal, but despite this, they were unable to break through Montana’s defense.

The game drew out to double-overtime, the second 110-minute game of the year for Head Coach Todd Shulenberger and his team. Although they were unable to replicate their late win over Utah, the tie means the Cougars still have yet to lose in overtime (1-0-2) this season.

“Montana is a tough team that is very well-organized and hard to break down, especially at home on a tough field to play on,” Shulenberger said after the game.

While playing at home, the Grizzlies have only conceded one goal this season.

On the other side of the field, the Cougar defense held the offense at bay, allowing just one shot to reach redshirt junior goalkeeper Ella Dederick. Their work led WSU to its seventh shutout of the season.

Dederick also earned her sixth shutout this year, and 13th of her career, tying her with Meghan Berlingo (2009-2010) for fourth all-time in program history. After resting out the game against Utah Valley, Dederick and the Cougar defense helped the team run its unbeaten streak to five games.

“We leave here on a positive note with a result,” Shulenberger said, “considering the circumstances we played under last match.”

WSU was forced to fight for a comeback at Utah Valley, and went into its second away game in three days with that win behind them.

With non-conference play now behind them, the Cougs turn their attention to Pac-12 play, and the home opener against No. 2 Stanford. The Cardinal will visit WSU, sporting a 6-1 record, after winning four straight home games in which they outscored opponents 26-0.

The game against Stanford on Sept. 21 will be the Cougs’ third against a ranked team this season.