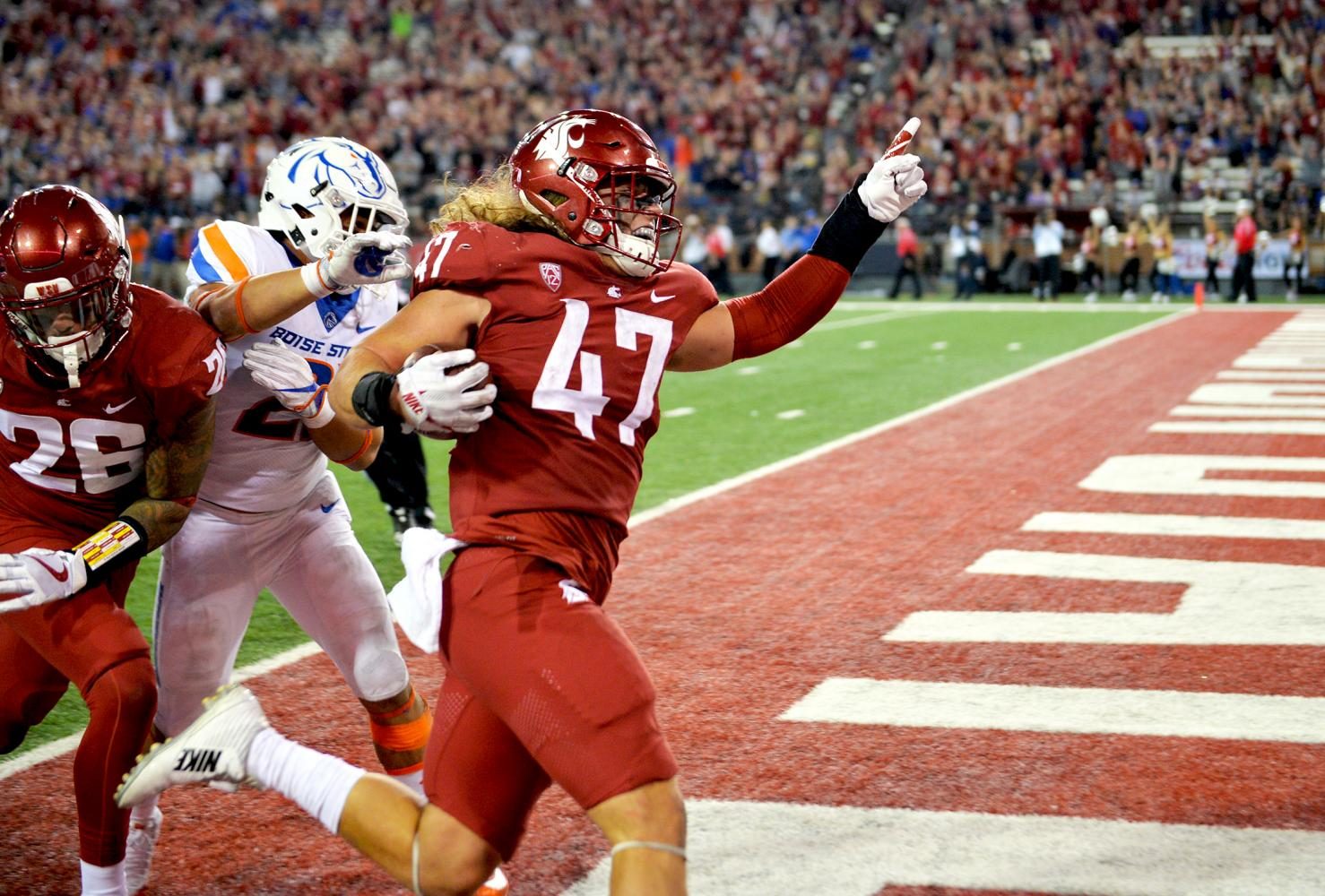 Then-redshirt senior linebacker Peyton Pelluer scores a touchdown against Boise State, bringing the Cougars within a touchdown of tying the game on Sept. 9, 2017.

Redshirt senior linebacker Peyton Pelluer suffered a season-ending injury during Saturday’s 52-23 victory over Oregon State, according to The Lewiston Tribune.

Pelluer headed to the locker room midway through the second quarter and did not return. The Seattle Times reported Monday that Pelluer broke the navicular bone in his foot.

His father, Scott Pelluer, told the Tribune that Peyton will undergo surgery within two weeks and rehabilitate for the following five to six months, meaning his final season with the Cougs is likely over.

“He’s a very, very disappointed young man,” Scott said in a text message, according to The Seattle Times.

Head Coach Mike Leach did not comment on the injury, but Pelluer himself did seem to indicate the end of his season and collegiate football career in a tweet responding to get-well wishes from fellow senior linebacker Frankie Luvu.

“Thank you brother,” Pelluer said. “Blessed to play my last snaps with you.”

The news comes shortly after Pelluer was named Pac-12 Defensive Player of the Week. He had an interception returned for a touchdown and 14 tackles during the 47-44 triple overtime victory against Boise State.

He started 34 consecutive games for the Cougars, not missing one since 2014. He was a Pac-12 honorable mention last season and has 254 career tackles to his name.