Student inspired to pursue justice through educating others 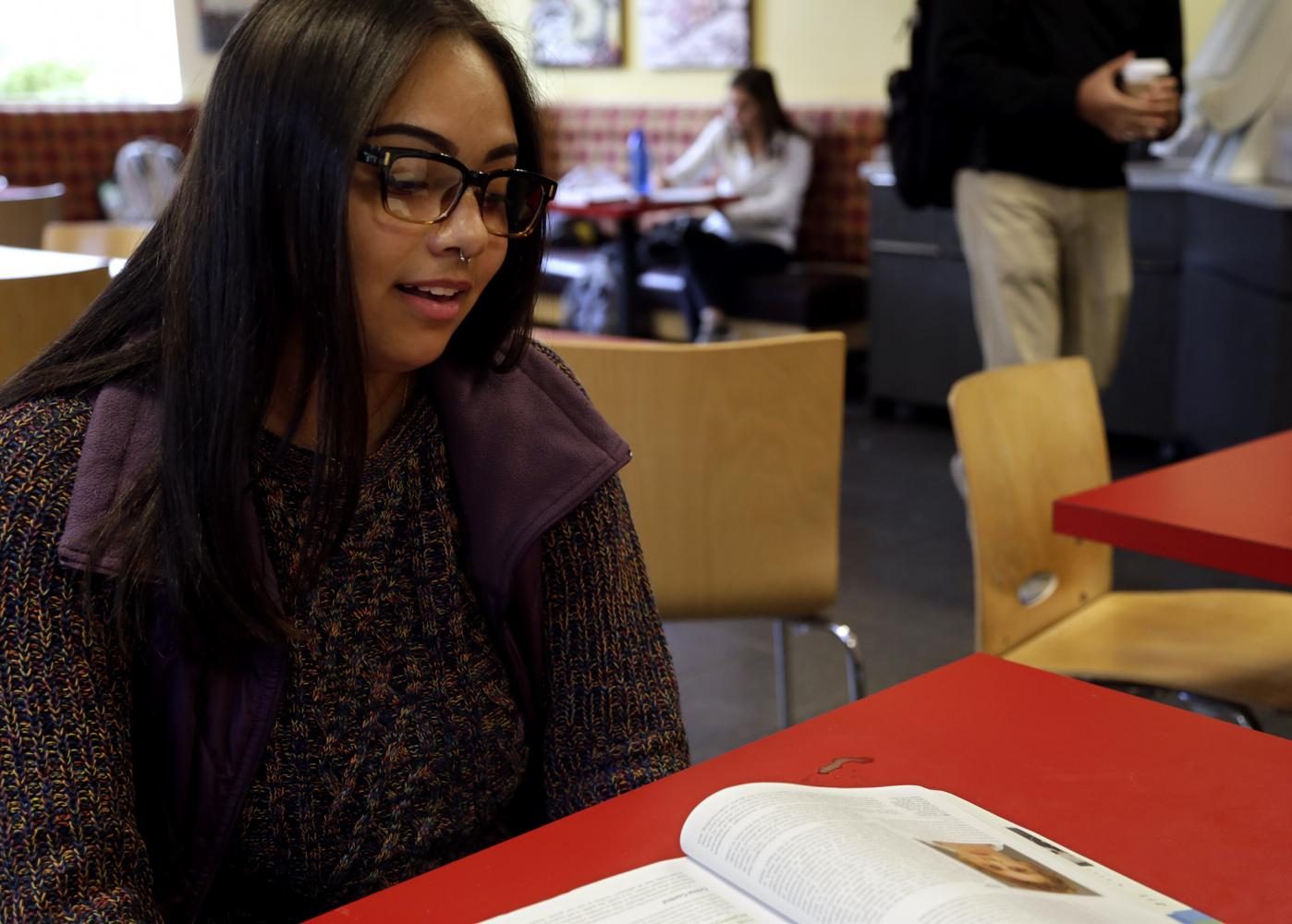 Hannah Shuman talks about the viral photo that she posted on Facebook of Brock Turner on Tuesday.

A photo of Brock Turner next to a definition of rape in a criminal justice textbook went viral after a WSU freshman shared the photo on her Facebook account two weeks ago.

Since then, Hannah Shumer, a pre-law criminal justice major, has seen her photo liked over 63,000 times and shared over 100,000 times.

Turner, a Stanford swimmer at the time, was discovered and confronted by two students passing by for sexually assaulting a drunk and unconscious 22-year-old woman on Jan. 15, 2015. The original edition of the book, “Introduction to Criminal Justice: Systems, Diversity and Change” by Callie Marie Robinson, was published in print about a week before.

The subsequent edition with the photo of Turner was published in January of this year, and Shumer was surprised the photo didn’t get attention sooner in her Criminal Justice 101 class.

“It was surprising because it seemed like something people want to forget about,” she said. “The book helped make it something that people don’t take lightly.”

Shumer made the discovery as she was using the book to finish her homework. Part of the section read: “Brock Turner, a Stanford student who raped and assaulted an unconscious female college student behind a dumpster at a fraternity party, was recently released from jail after serving only three months. Some are shocked at how short this sentence is. Others who are more familiar with the way sexual violence has been handled in the criminal justice system are shocked that he was found guilty and served any time at all. What do you think?”

She said her professor, Otwin Marenin of the WSU Criminal Justice and Criminology Department, spoke about how the justice system does not take rape and other forms of sexual assault as seriously as other crimes.

People v. Turner was one of the cases that inspired Shumer to pursue law as a career because it put sexual assault at the forefront of the national conversation. Turner was convicted of three counts of federal sexual assault, but served only three months in jail.

Since then, she’s been approached by about 15 media organizations to speak about the photo, and has seen well over 40 articles about her post. Shumer has been interviewed by the Daily Dot, Huffington Post, NowThis, the San Francisco Gate and is featured in an AJ+ video, which has garnered over 1.2 million views.

She was also able to exchange emails with Robinson, the author of the book and a professor at University of Colorado, Denver.

“It’s a positive thing to be known for,” she said, recalling criticism as well as messages of appreciation from people in her friend group and strangers on the internet. “Unfortunately, it’s a serious crime, and it’s really important to not think this is something you can brush aside.”