The drinks include a variety of fresh ingredients and toppings, the owner plans to expand menu options 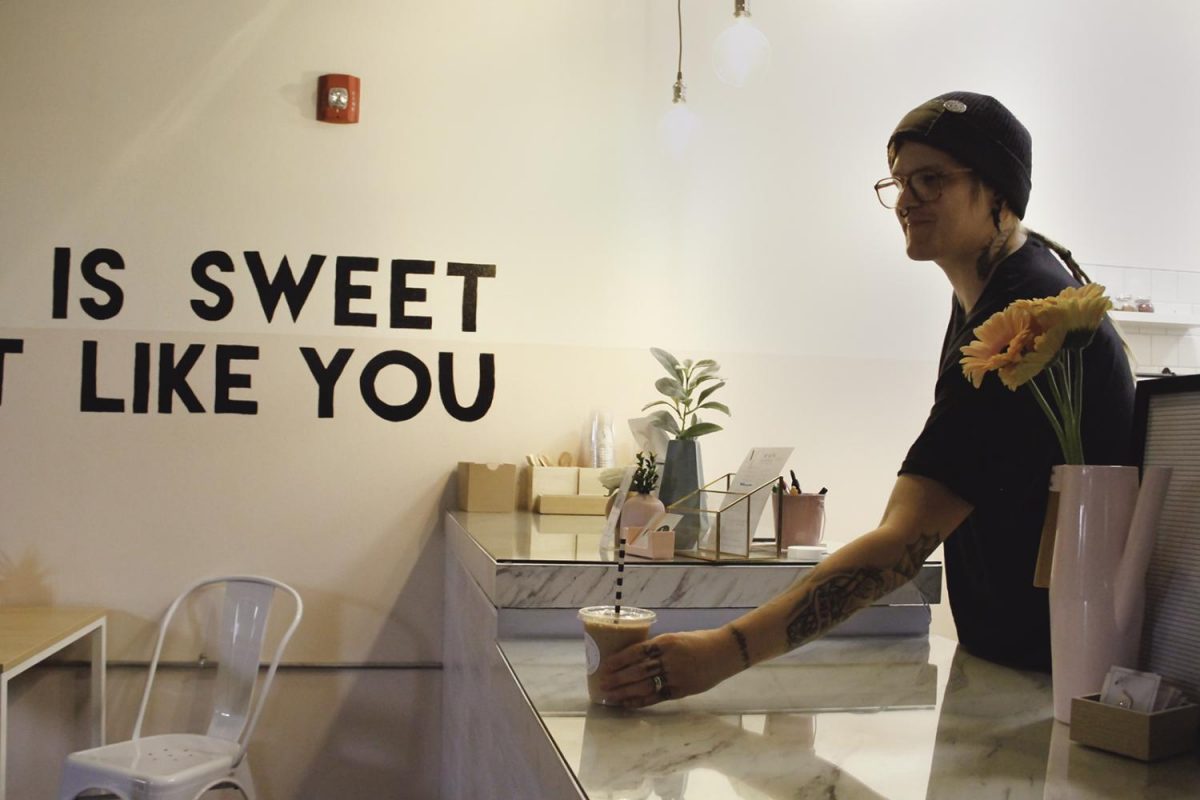 Main Street Squeeze, located at 540 E. Main St., is inside Sanctuary Yoga in Pullman, and this is the only juice and smoothie bar on the Palouse.

Destiny Sternod, the owner of Main Street Squeeze and WSU alumna, said that she is dedicated to bringing affordable and nutritious options to the Palouse.

Besides smoothies, another one of Main Street Squeeze’s goal for the future is to offer outreach programs to the community. These would include cooking demos and educational seminars on affordable nutritious foods, Sternod said.

Another focus Main Street Squeeze has is getting involved in community fundraisers. Sternod has already contacted the director of Backyard Harvest and is currently working out arrangements with the organization.

Backyard Harvest is one of the only organizations that takes fresh produce and gives it to families in need, Sternod said.

Whitman County has struggled the past few years with food insecurity, she said. Food insecurity is when a community doesn’t have access to enough nutritious and affordable food, according the Main Street Squeeze website.

To help combat this issue within Whitman County, Sternod conceptualized the idea for Main Street Squeeze. After a successful pop-up event at Sanctuary Yoga during Mom’s Weekend in 2017, Sternod decided to fully dedicate herself to making this juice and smoothie bar a reality.

“My mission is to enrich the community with something that offers a local connection and an alternative to processed foods,” Sternod said.
Smoothie ingredient options include avocado, mango, coconut, chocolate, dates and more.

Prices for smoothies and juices range from $4.50 – $7, depending on size, and the smoothie bowls range from $7 – $9, depending on the amount of toppings. There are 14 regular toppings to choose from such as almonds, coconut, various fruits and six super foods like spirulina for an extra charge.

Main Street Squeeze is dedicated to bridging the gap between local farmers and Palouse inhabitants. The goal is to get 50 percent of the ingredients used in her business to come from local producers, Sternod said.

Main Street Squeeze has already made progress toward this goal by negotiating with Johnson’s Cooperative, a local produce provider.

Prior to the shop’s establishment, Johnson’s Cooperative did not produce purple carrots but now grows this vegetable for Main Street Squeeze, Sternod said.

Jason VanWorkum, Main Street Squeeze employee and Sternod’s husband, emphasized how important it is to them to get most of their ingredients from local producers.

“Bringing healthy local food to the people directly from the farmers is one of the main goals we have,” VanWorkum said.

Main Street Squeeze currently offers juices, smoothies either 12 or 16 ounces and a variety smoothie bowls. However, there are plans to expand the menu, VanWorkum said.

He also said eventually Main Street Squeeze wants to grow to the point that it’s plausible to donate part of their profits to charities.

The new business is celebrating with a grand opening Saturday from 8 a.m. to 6 p.m. There will be deals and giveaways throughout the event.

Main Street Squeeze Juice & Smoothie is open from 7 a.m. to 8 p.m. Monday through Friday, and from 8 a.m. to 6 p.m. Saturdays and Sundays.