Gender-neutral restrooms are a right

Institutions need to create an environment where students feel safe 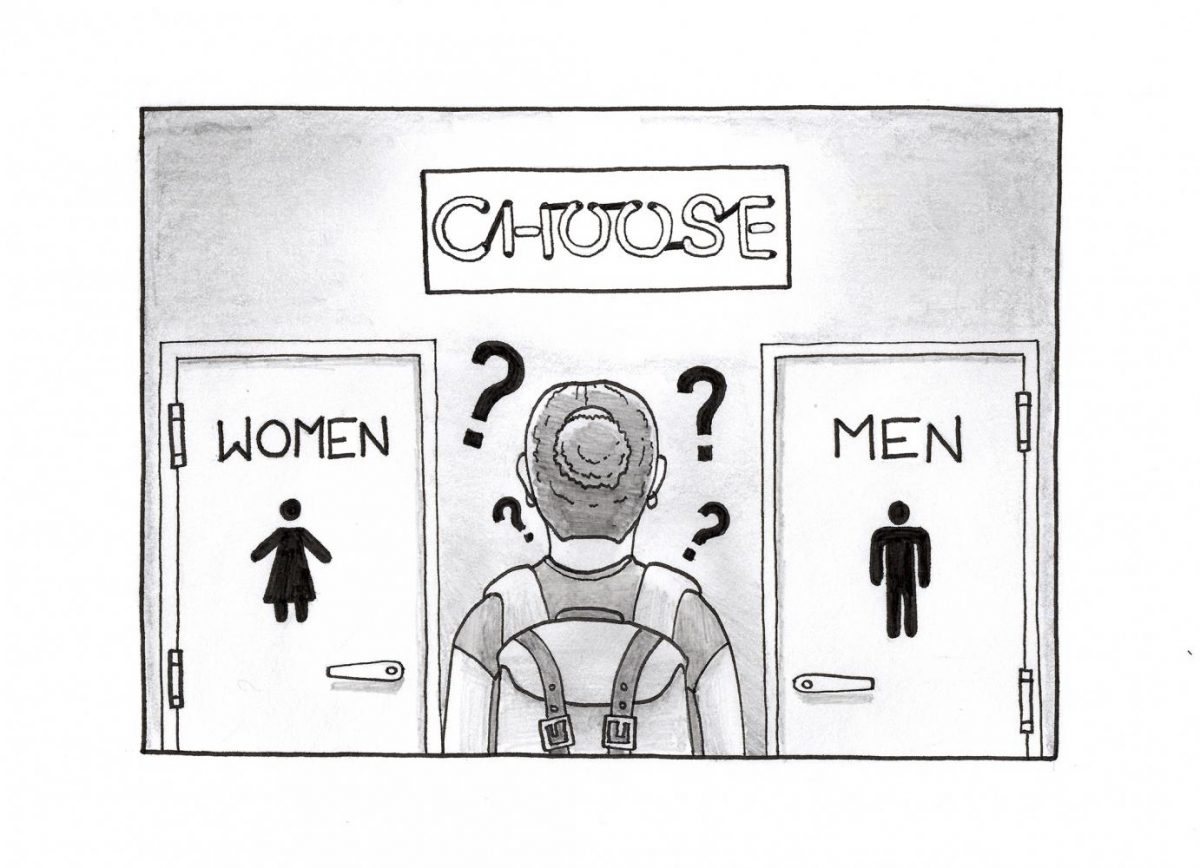 The gender-neutral facilities at WSU, piloted in fall 2016 at the Chinook Student Center, the Student Recreation Center and the CUB, have been approved for continued use. This approval is a necessary first step toward affirming the civil rights of every student at WSU and creating a welcoming campus for students of all orientations and backgrounds.

Implementing facilities like this helps WSU to become a more accepting institution and helps students feel like they are participating in a system that has their best interests in mind. If students don’t feel safe, how can they be expected to learn and perform well?

“Many students do not feel comfortable using single-gender bathrooms for many reasons,” said Matthew Jeffries, director of the Gender Identity/Expression and Sexual Orientation Resource Center. “One reason is that they don’t identify within the gender binary. Another reason is that bathrooms are a space where if you don’t ‘look’ like you fit into the gender norm for the bathroom you are in, then there may be a problem for you.”

Issues like gender expression aren’t a struggle of good versus evil — they are a struggle to find understanding. There are few absolutes in issues like this, but one of them is that having bathrooms like these won’t harm anyone who doesn’t want to use them, it only provides safety for those who do need them.

“If these gender-inclusive facilities are more single-occupant style, then those with small children or those who are helping someone with a disability can use it,” Jeffries said. “When we focus on the most vulnerable in our society, everyone benefits.”

Including these facilities doesn’t make using single-gender bathrooms any more difficult for individuals who still want to use them. If people who believe in equality are willing to oppose gender-neutral bathrooms, then shouldn’t they also be willing to oppose services for other minority groups, like restrooms for the handicapped?

That being said, radicals on all sides of this issue have to be willing to tolerate the existence of one another. The strange relationship between an interest group’s advocacy for compromise and partnership, contrasted with uncompromising stances, doesn’t truly help people to find common ground.

Regardless of what someone believes, the implementation of gender-neutral facilities shouldn’t be thought of as new rights given to a new group of underrepresented individuals. These measures are just new ways of enforcing laws that already exist.

Title IX prevents discrimination in education and athletic opportunities based on gender. Gender expression falls under that category. If we are to call ourselves the land of the free, we must be willing to protect and endorse the freedoms of those different from us.

The U.S. was founded on principles of freedom and equality. If that’s still true, then people must adhere to the principles that unite us all; we are human beings and we share the same fate. For the good of our community, people must be willing to be more considerate of others’ needs.