Cougs fall short against No. 2 Cardinal

WSU surrenders their second loss of the year, their first since Aug. 27 against Santa Clara 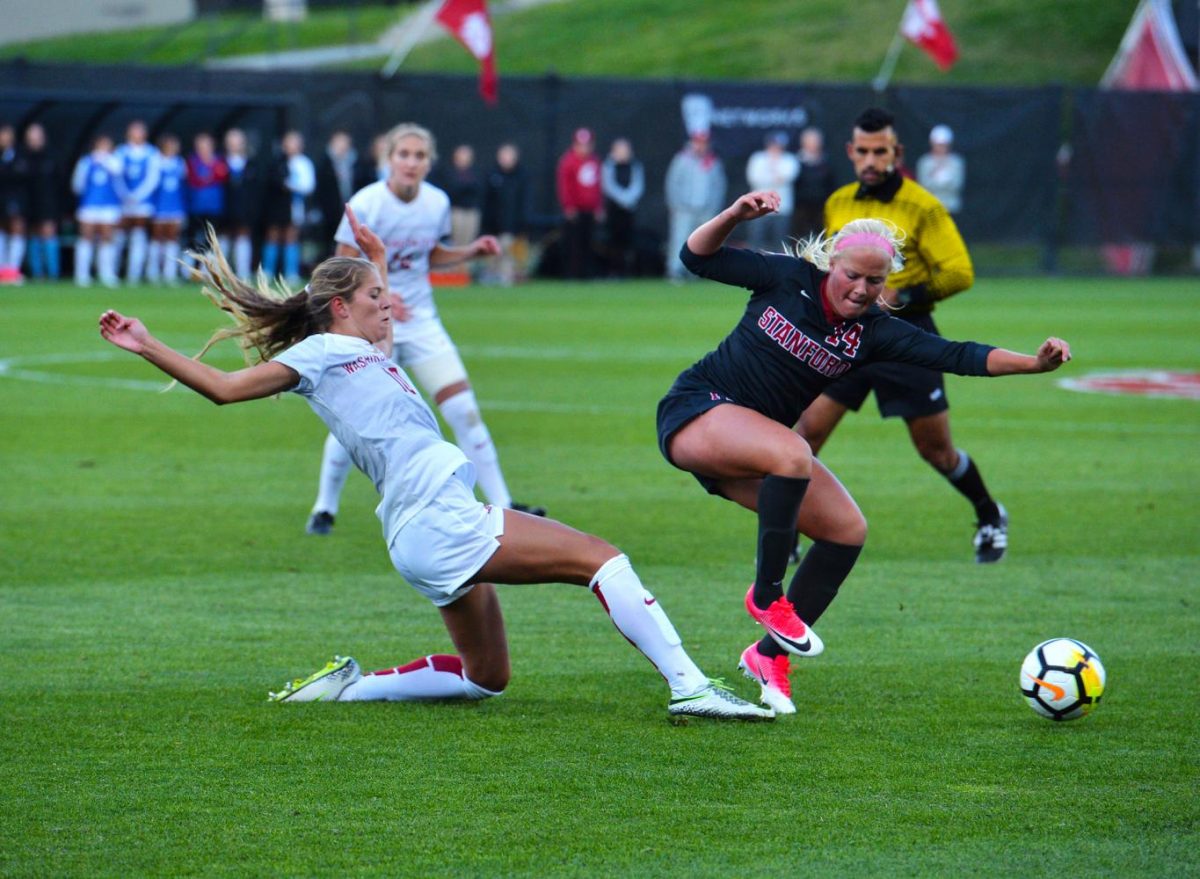 The Cougars lost 2-1 to No. 2 Stanford, resulting in their first home loss of the season and their first loss since a narrow 2-1 loss to Santa Clara on Aug. 27.

It took Stanford 23 minutes to finally break a strong Cougar defense, before doubling their lead ten minutes later.  The Cardinal were persistent in their attack, getting ten shots through to Cougar goalkeeper Ella Dederick, including several combination plays from their forwards.

“They’re a very good team,” Head Coach Todd Shulenberger said following the final whistle. “Stanford had a lot of shots tonight, but we did a lot tonight to disrupt play.”

Midfielder Tierna Davidson scored Stanford’s first goal, who broke through the Cougar lines and was in the right place at the right time to finish a cross that was deflected into the penalty box. The goal ended WSU’s home shutout streak of 493:24 minutes, cementing Stanford as just the third team to score on the Cougs in 2017.

Just ten minutes later, Stanford doubled their lead, with midfielder Jaye Boissiere heading the ball past Cougar defenders on the goal line after goalie Dederick made a fantastic save to deny Stanford’s initial shot.

Despite being out-possessed throughout the game, the Cougs managed to sneak in a goal to narrow Stanford’s lead in the 35th minute. Shortly after Stanford had scored their second, the Cougars went on the offensive, playing a long ball over the top of the Stanford defense that sent the defense scrambling. The play resulted in a corner kick, during which forward Morgan Weaver was fouled, drawing a penalty kick.

Junior defender Maddy Haro stepped up and duly sent the ball to the back of the net. With the game at 2-1, the Cougars felt inspired and ended the first half without conceding another goal, despite a relentless Stanford offense.

After the halftime break, Stanford once again came out swinging, with the Cougs just narrowly holding on. Finally, in the 61st minute, the Cougars finally got a chance of their own through another penalty kick, once again won by Morgan Weaver.

This time, junior defender Grace Hancock stepped up to the spot, but had her effort saved by Stanford’s Alison Jahansouz. With that save, the game would end with a 2-1 score line, the third-straight game the Cardinal have won by that score. Despite the hard work of the defense and goalkeeper, the offense was just unable to pull the Cougs back into the game.

“Unfortunately, we missed some opportunities we should have capitalized on,” Shulenberger said.

The narrow defeat means that the Cougs are now 0-1 in Pac-12 play, but will continue the campaign at home Thursday. Their opponent will be Colorado, who are 6-1-2.