Soccer looks to bounce back against Buffaloes 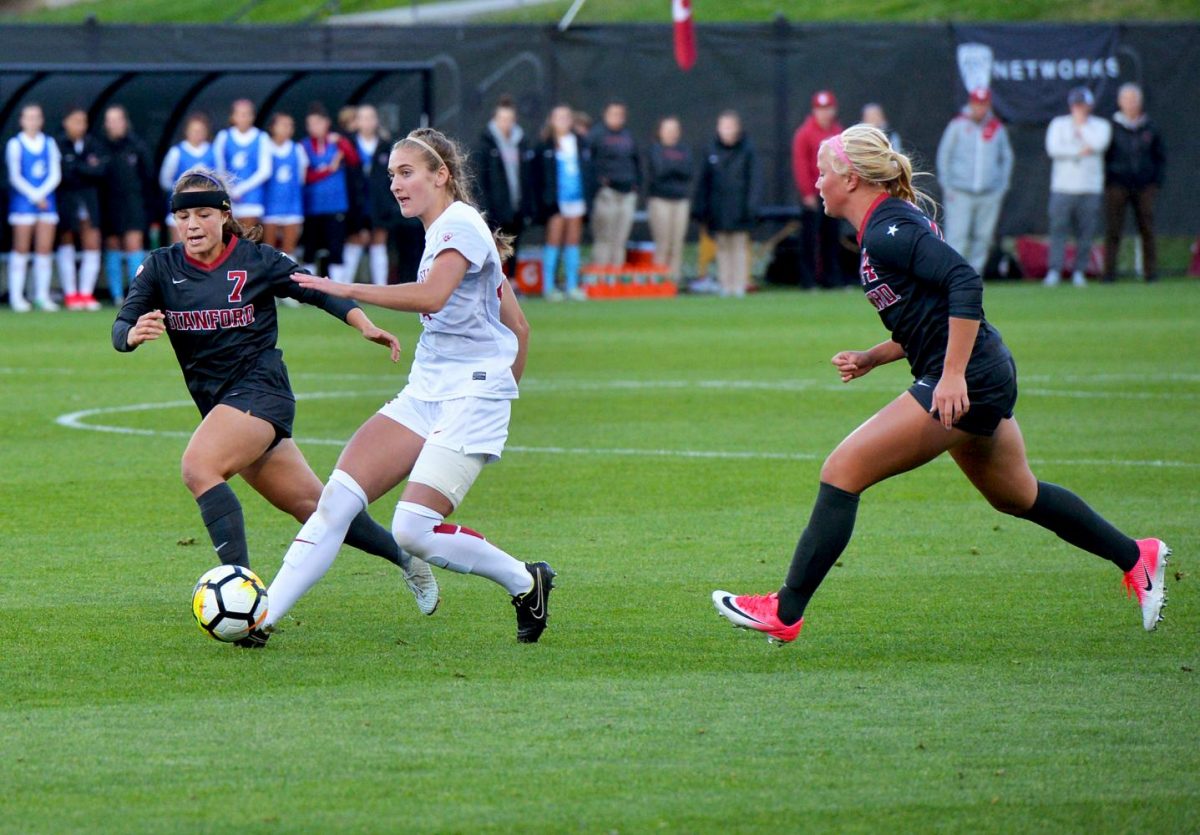 Junior midfielder Maegan O’Neill maneuvers the Stanford defense in a game at the Lower Soccer Field on Thursday.

The loss to Stanford puts WSU at 0-1 in conference play. The team put on a strong defensive showing by allowing only two goals, but fell in the end to a star-studded offense. Junior defender Maddy Haro gave the Cougars hope through a converted penalty kick, but it was not enough to take down the Cardinal.

Colorado also played a top team in the Pac-12 last week, facing off against No. 1 UCLA in Boulder. Unlike WSU, the Buffaloes kept their nationally-ranked opponent at bay in the first half. However, they eventually lost without scoring a single goal.

“Washington State is not here to just be okay, we are here to be great,” Head Coach Todd Shulenberger said following last week’s defeat to Stanford.

The Cougs will carry this mentality into the game against Colorado.

The loss to Stanford is WSU’s first game dropped in Pullman out of six this season.

“Unfortunately, we missed some opportunities we should have capitalized on,” Shulenberger said. “This burns.”

Despite the Cougars’ impressive home record, neither side seems to sport a significant advantage coming into the clash this week. With their away record, the Buffaloes prove to be a successful road team. Their most recent away victory comes from a 6-1 smashing at the University of Denver.

The focus for the Cougs in this contest will be containing Colorado’s excellent forwards, who are among the conference’s top scorers. Despite the loss to Stanford, a confident Haro said she believes the Cougars have the nation’s best defense, a statement backed up by their goal record.

The match is scheduled to begin at 5:30 p.m. Thursday on the Lower Soccer Field. It will also be broadcasted on the Pac-12 Network.