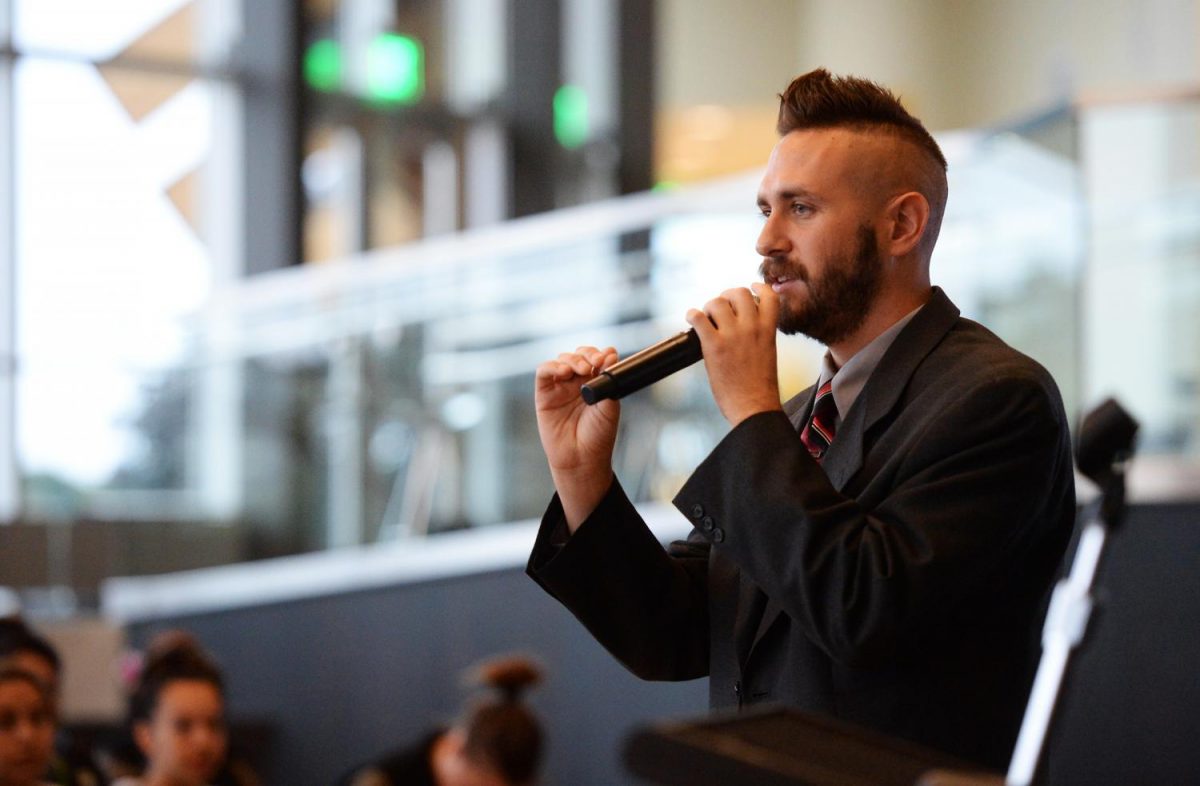 The mood was solemn as WSU students listened to David Romero perform his spoken-word poem, “Open Letter to Donald Trump.”

Romero rebuffed a statement from U.S. President Donald Trump’s announcement of candidacy and led a group of over 80 students in writing their own written responses in a workshop held at the Elson S. Floyd Cultural Center on Monday evening.

Many students fought back tears as they listened to Romero’s poem and responded by writing their own letters at the end of the workshop.

Hilary Zuniga, a junior and member of Gamma Alpha Omega, a sorority for Latina women, said America is a place where anything should be possible, but due to prejudice and stereotypes, those opportunities might not be attainable.

“It is really heartbreaking how the president … just tends to stereotype and categorize all people of the Latino culture,” Zuniga said, “and is willing to call us like rapists and drug addicts and all these different things.”

The event was presented by the Center for Fraternity and Sorority Life United Greek Council, as part of numerous activities happening across campus for Hispanic or Latinx Heritage Month.

Romero read the following quote from the president before performing his poem:

Trump continued to tweet criticism of various minority groups throughout his presidential campaign.

“I was very angry, I was very shocked,” Romero said. “I was very sad that Donald Trump had chosen this as his platform and had started his campaign in such a way that was so explicitly racist and so explicitly targeting my people.”

Jessie Padilla, a graduate student studying English, heard Romero’s poem performed in Skagit Valley before Trump was elected. She said hearing it the first time made her hopeful that Trump wouldn’t become president.

“Exactly what we were afraid of is happening,” she said, “and it’s really scary.”

The topics Romero discussed throughout his poem and presentation touched on the history of treatment of Latin Americans by U.S politicians. He began and ended his discussion with the concept of hope.

“I just want to reinforce that point about hope,” Romero said. “This workshop … is probably one of the most hard-hitting, dour, dire, things that I do.”