Interested in serving the community with something new, shelter cats will join yoga classes more often 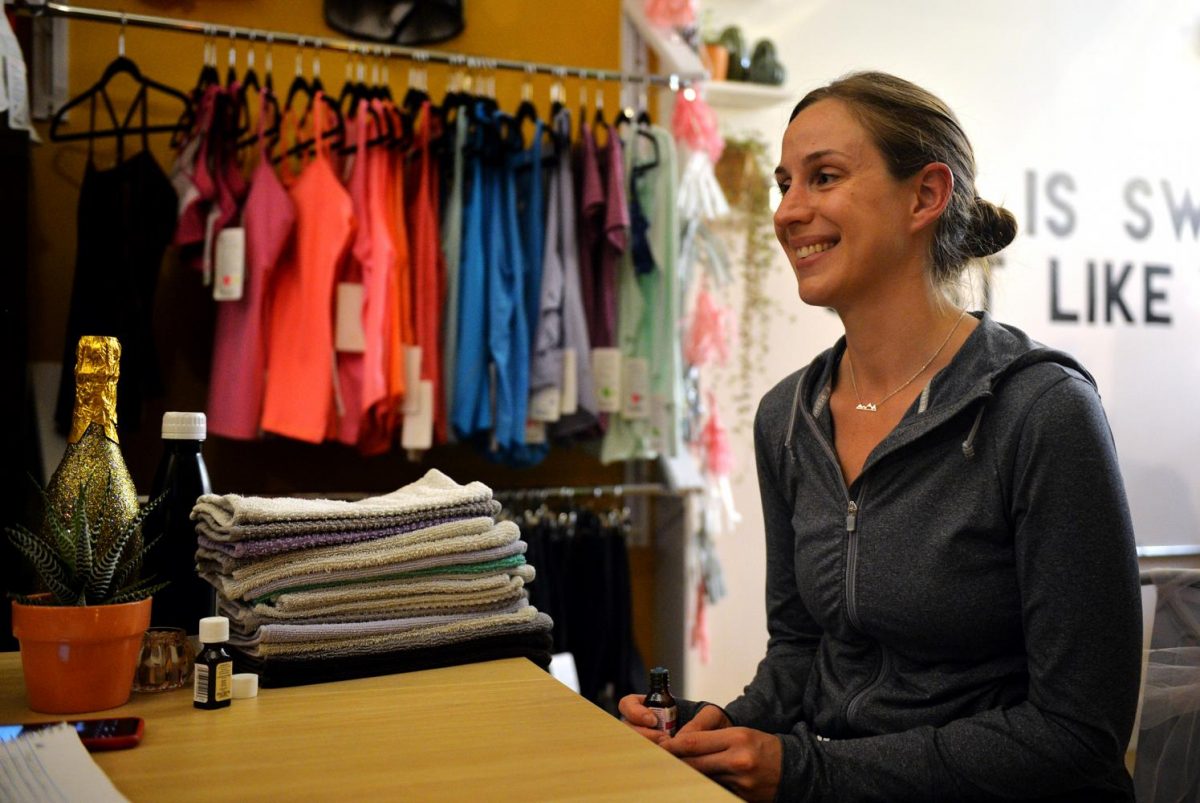 Yoga instructor Andrea Perkins says there are many opportunities and classes the community can participate in at the studio.

As a yoga instructor with a love for all things furry and four-legged, Sanctuary Yoga instructor Andrea Perkins has found a way to balance and even combine her two life passions.

To do this, she brought a previously unheard-of idea to the Palouse. With the help of the Whitman County Humane Society, she brought to life a fundraiser that incorporates both yoga and felines.

“Cats to the Mat” is a fundraiser brought to Sanctuary Yoga by Perkins and the humane society. The event gives adoptable cats’ free reign of a yoga studio during a 90-minute yoga class. The most recent “Cats to the Mat” event on Sunday filled up two weeks beforehand and had a waiting list.

She grew up in Twin Cities, Minnesota, and attended a high school with a unique community service program. The program made it possible for students to earn letterman jackets through community service, instead of the traditional route of varsity sports.

“In so many ways she wants to make sure that the way she’s living her life is in no way hurting or harming animals,” Sanctuary Yoga Manager Destiny Sternod said.

Sternod met Perkins three years ago while they were both certifying to become yoga instructors. Sternod said Perkins always had a passion for working with animals.

“It wasn’t really a question for me where I would go,” Perkins said. “It was going to be an animal site.”

Once she received her master’s, she worked as an infection control coordinator in a hospital in St. Paul, Minnesota, and then in Los Angeles. Perkins then decided to come to Pullman and pursue her doctoral degree in veterinary science.

Her passion for yoga started later in her life, she said, and initially she didn’t think it was for her.

She said yoga helps provide a balance in all aspects of life. After experiencing that balance herself, she decided to teach yoga to help share peace of mind and body with others.

By organizing “Cats to the Mat,” Perkins has effectively combined her love for the community, animals and yoga.

Sternod said it was important to Perkins that “Cats to the Mat” was not only enjoyable, but also helped the community.

“She wanted to make sure it wasn’t only a fun event for the students that would be there,” Sternod said, “but that it was also something that gave back to the community and provided homes for cats in the shelter.”

After each event, “Cats to the Mat” becomes more popular, Sternod said. Perkins said she hopes the fundraiser will continue to grow and bring people’s attention to the benefits of yoga and the needs of the Humane Society.