Letter asking to revoke club’s status and funding is well-intended, but misguided and intrusive 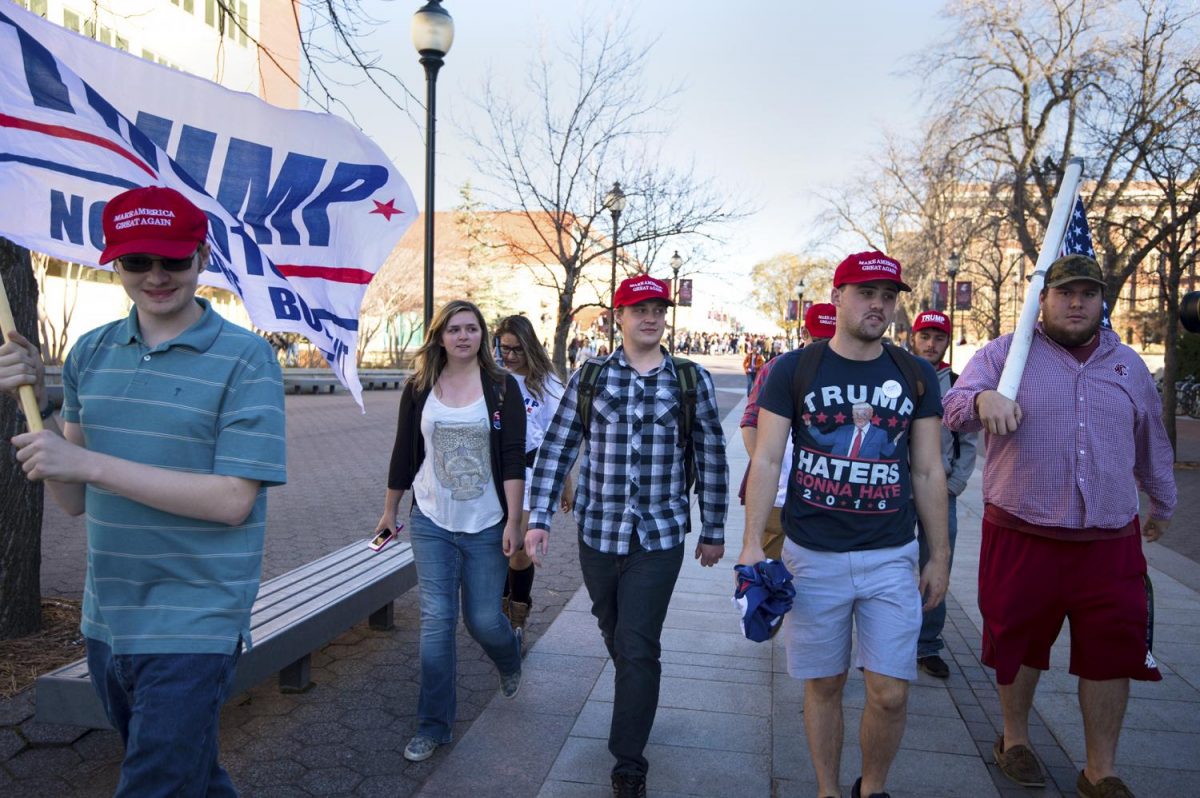 It is not the responsibility of state representatives to oversee the operations of WSU as closely as they have recently attempted. The letter sent to WSU President Kirk Schulz urging him to revoke the Registered Student Organization (RSO) status of the WSU College Republicans club and cut them off from state funding was both troubling and misguided.

The representatives stated that they wrote the letter because club’s activities and rhetoric resulted in a “hostile environment” on campus.

WSU is more than capable of providing an inclusive environment for students without interference from state government. Those in the College Republicans who have not expressed hateful or racist views deserve to be a part of that environment as well.

Schulz responded in a letter of his own stating that, “We endorse the independence of student organizations and their student leaders.” This independence gives all clubs the right to do and say what they want. This freedom is already regulated by conduct guidelines, which are designed to monitor and prevent student harm, in the case of threats or assault.

James Allsup has already removed himself from his position as president of the College Republicans and future infractions of this nature are sure to be dealt with accordingly.

Regardless of whether or not the College Republicans are justified in their actions, hopefully students can agree that they are perfectly capable of choosing for themselves what is and what is not allowed in their institution.

In order to facilitate this choice, WSU is hosting two important events next week that will refine the expectations of conduct for all students and provide a platform for discussion concerning community standards and institutional climate.

One is a Campus Climate Forum taking place from 1 – 3 p.m. Tuesday in the CUB Auditorium. The other is a student conduct review from 3 – 5 p.m. Wednesday in Chinook Student Center, Room 105. These events will facilitate the reparations of campus climate without the dangerous side effects of banning a whole student group based on the actions of a few of its members.

Furthermore, if Schulz chose to revoke the College Republicans’ status at the request of state legislators, what is to stop them from demanding more changes to be made in accordance with their beliefs? It’s a slippery slope to attuning education and politics, an issue that has dire consequences for students regardless of their political views.

In addition, every representative who signed the letter is a Democrat. This begs the question as to how objective these representatives can be when taking political action. If the letter had been bipartisan in nature, it might appear a more legitimate call for stricter guidelines regarding club leadership and discrimination, rather than the extreme solution that was offered.

The Washington Students Association also responded to the legislators in a letter, which stated, “Requests to sanction a student group in this manner sets a dangerous precedent for the relationships between student groups and their actions that could have serious repercussions imposed by the Washington state Legislature.”

While the representatives’ letter is correct in encouraging students not to tolerate hateful, violent or alienating actions, they are wrong to demand university officials disenfranchise a student group that represents the beliefs of a large proportion of Americans.

If we claim to support all students, political censorship cannot be tolerated at WSU, especially when partisan government officials are the ones asking for it. And to the representatives, instead of picking on one club at a single university, why don’t you focus on more pressing issues?