Cougar soccer takes down No. 24 Utah 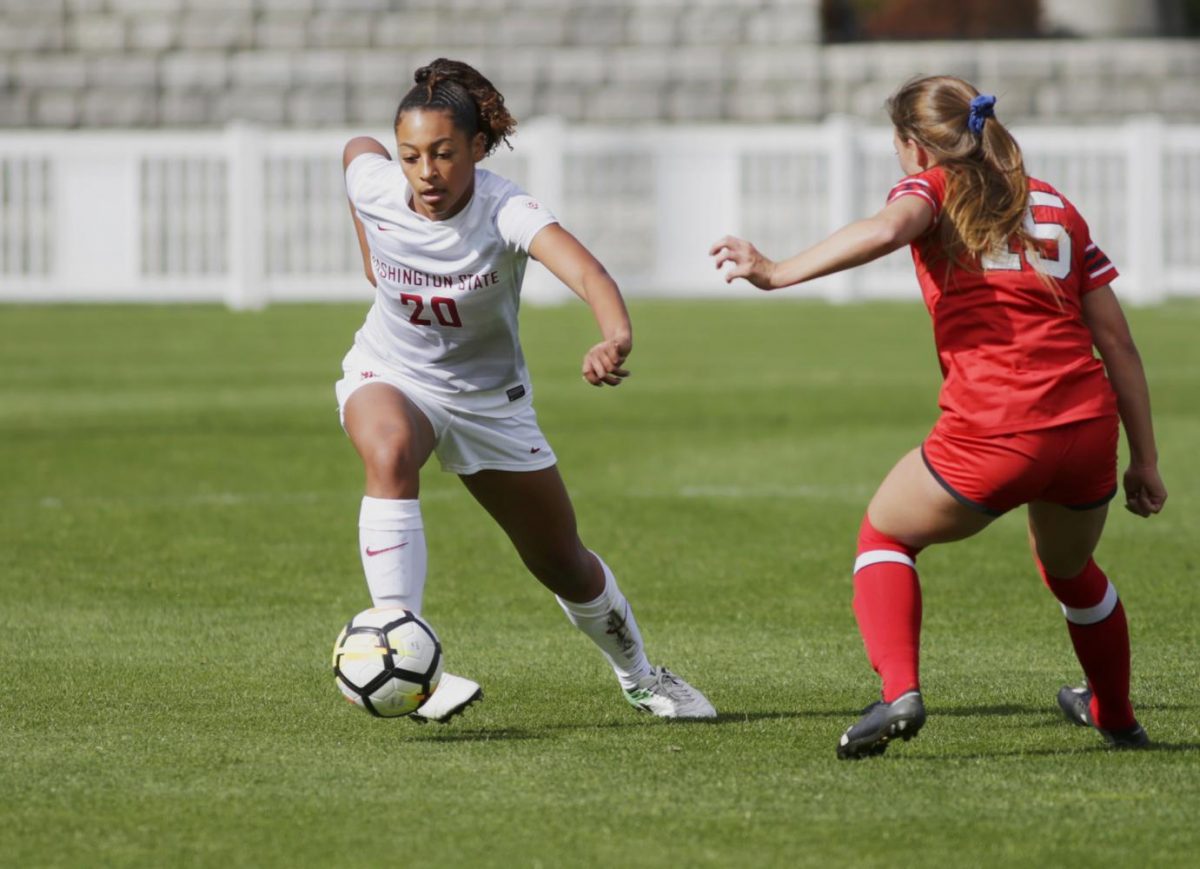 Following two difficult defeats to Stanford and Colorado, the Cougs came into the game looking for a morale boost, and they eventually found one. A back-and-forth evenly-matched first half made a draw look possible. Both sides shared four shots apiece, though neither could break the deadlock.

The first half saw Utah sophomore goalkeeper Carly Nelson called into action more often than her WSU counterpart, redshirt junior goalkeeper Ella Dederick. The goalies did well throughout the opening 45 minutes to hold the score to 0-0 at the half.

“We changed our style and changed our formation to try to get something going,” WSU Head Coach Todd Shulenberger said about the changes his team made at halftime.

Scoring the opening goal in a tight game is crucial, and Shulenberger knew just how important it is to be the team to score first.

O’Neill would double the Cougars’ lead with another header 15 minutes after scoring her first career goal. Assisted once more by a Haro corner kick, O’Neill sent the ball over Nelson’s head in the 65th minute.

Haro’s two assists meant she earned her second multi-assist game since the 5-0 victory over Georgia Southern on Sept. 3, while upping her season tally to five — a team best.

The second half rout of Utah would be complete just two minutes later, as the Cougs took advantage of the Utes’ disorder to counterattack. A long ball down the wing allowed freshman defender Aaqila McLyn to notch her first career assist in a cross to sophomore forward Morgan Weaver.

Weaver took the ball out of the air on a first-time shot, a side volley that rocketed into the Utah goal, augmenting the Cougs’ lead to three in the 67th minute. Weaver leads the team with five goals so far this season.

With the score at 3-0, Utah would begin barraging Dederick’s goal for the last 20 minutes. Fortunately for WSU, Dederick was in top form, saving five of the 11 shots that Utah would take in the second half.

The Cougars fielded six freshmen with a veteran backbone to face a powerful Utah side, to which Shulenberger commented, “I love the response, especially from a young team.”

With Utah now dispatched, the Cougs now head to Eugene for their first away Pac-12 game of the season. Oregon (6-5, 0-3) held the lead at 1-0, but missed the chance to upset defending champs University of Southern California after conceding 2 goals in the final 10 minutes on Oct 1. The Ducks are winless in three Pac-12 meetings thus far.

The game against Oregon is scheduled for 4 p.m. Thursday.