Cougar football upset the Trojans, prompting a field rush after the game 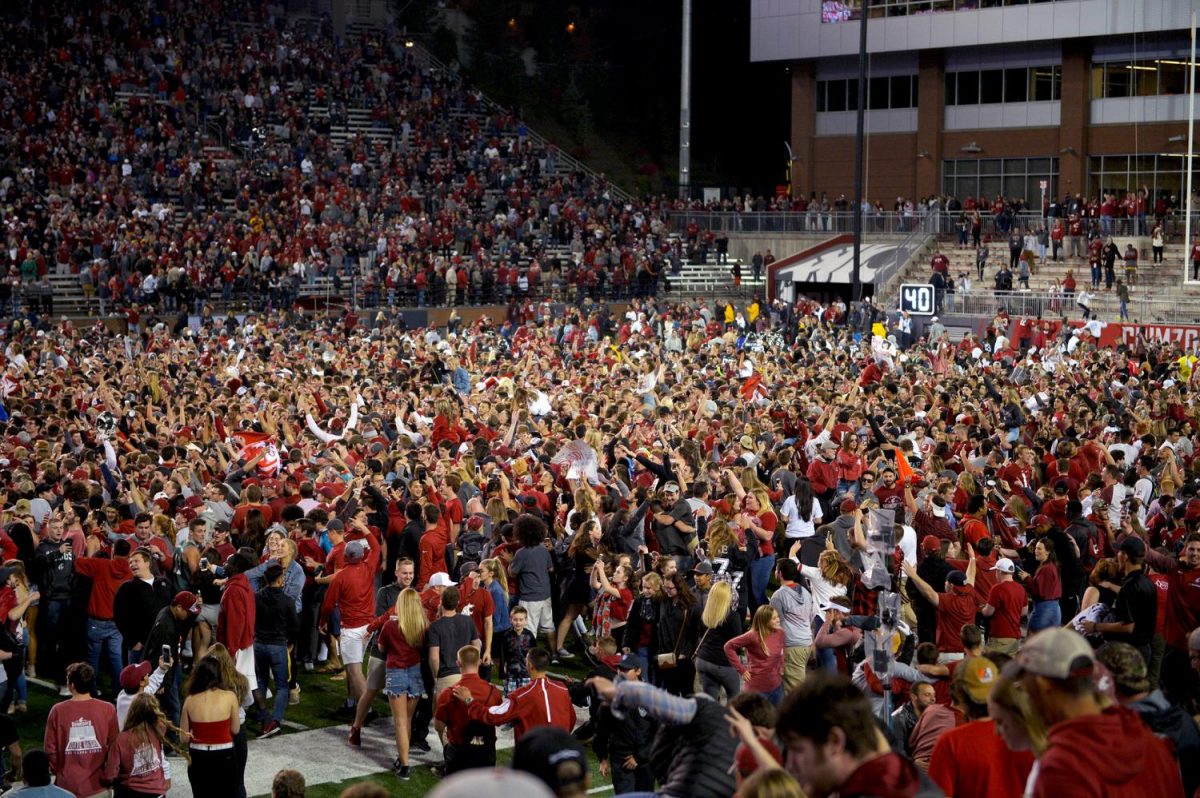 Cougar fans flood the field after the triumph over the Trojans on Friday night.

The Pac-12 Conference has decided to fine WSU for fans rushing the field Friday night after the Cougars’ 30-27 victory over University of Southern California. Dave Hirsch, vice president of communications for the Pac-12, said the decision came after the conference reviewed all games that took place over the weekend.

“I can confirm that Washington State has been fined for the field rush that occurred at the conclusion of the USC game,” Hirsch said in an email.

A policy was enacted in 2016 by the conference that charges universities $25,000 for a first field or court storming offense. That fine increases to $50,000 for a second offense and $100,000 for a third offense.

However, the final say comes down to the commissioner under certain circumstances, Hirsch told the Evergreen in September.

“In the event field rushing activities occur within 60 seconds after completion of a game, a fine shall be assessed,” Hirsch said. “If the visiting team, staff members, working personnel and game officials safely exit from the field during the 60-second time period, the commissioner may waive the fine.”

WSU was not fined after thousands of fans rushed the field following the football team’s triple overtime victory against Boise State on Sept. 9. However, one fan, Thomas Dooley, started a GoFundMe account to raise money for a possible fine.

Over $700 was raised through the account, but all donations were refunded after it was decided that WSU would not be charged $25,000 last month.