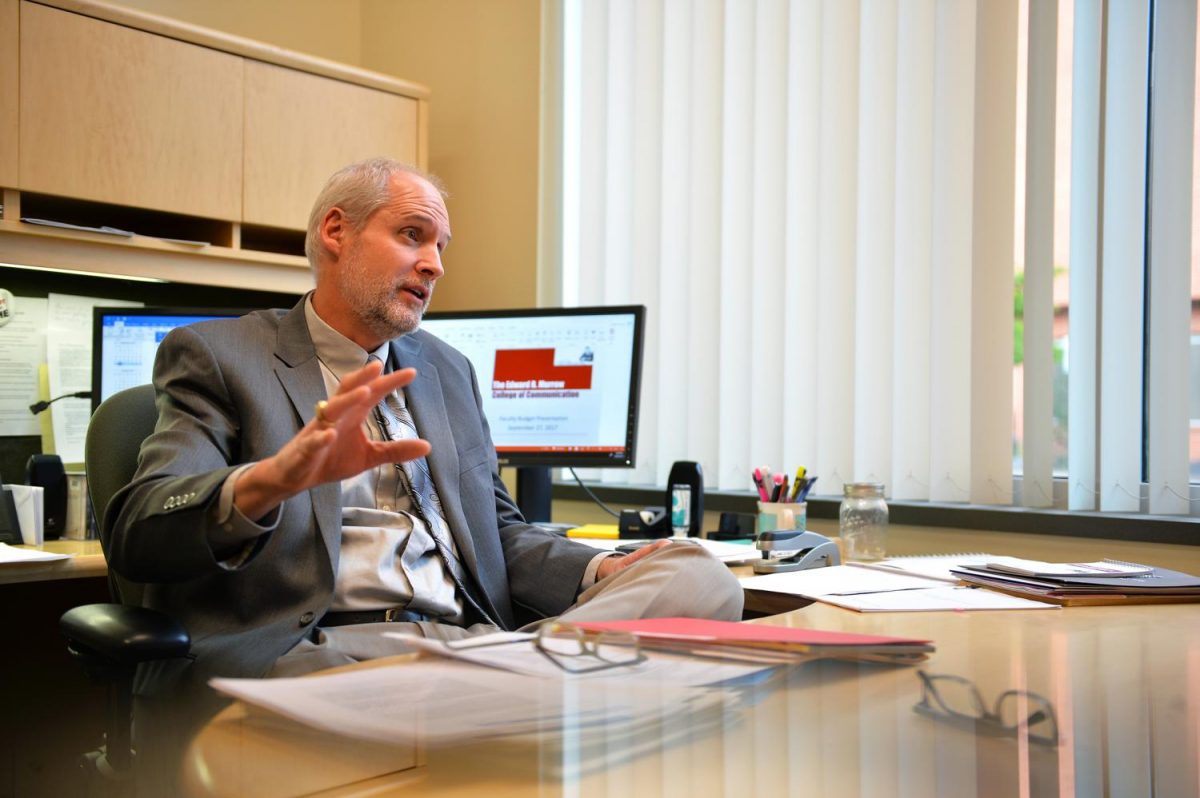 Bruce Pinkleton discusses his position as interim dean for the Edward R. Murrow College of Communication.

WSU is looking to fill three open dean positions within the university by mid-spring semester.

The CAHNRS dean search started in January, but two of three candidates withdrew and Provost Daniel Bernardo decided not to hire the sole remaining candidate. The university is continuing the search.

Provost Daniel Bernardo said he plans to be more involved with the CAHNRS search this time around because of his experience as dean of the college for eight years. He understands the specific abilities the job requires, he said.

During this second round, the search committee will rely less on the search firm Isaacson, Miller, and will focus more themselves on pinpointing the needs of the college, Bernardo said.

Mike Trevisan, College of Education dean since 2013 and chair of the CAHNRS search committee, said the dean positions all require strong fundraising abilities. This is more important now than before because of the university’s tight budget for the past three years.

Trevisan said this is the biggest challenge of his job as dean, but that he also sees this as a chance to increase fundraising and make more connections with alumni.

“The university has put a lot of things into place, a lot of new buildings, we’ve hired a bunch more people, but now we have to pay them off,” Trevisan said. “It’s really over the last three years where we spent an awful lot.”

Bruce Pinkleton, interim dean of the College of Communication and dean candidate, said the budget has been the most difficult part of his job.

“You have to be thoughtful and careful with what you’re doing and think about the best way to utilize scarce resources,” Pinkleton said.

Pinkleton was hired as interim dean in January 2016 when the former and founding dean, Lawrence Pintak, stepped out of the position.

The search for his replacement was delayed because university leadership wanted Kirk Schulz’s presidency and Bernardo’s positions in place first. The departments within the college were also being implemented at the time, Bernardo said.

“We wanted to … position the college in a better place so it’s more attractive to dean candidates,” he said. “It’s highly competitive for high-quality deans.”

Once the search firms are solidified, they begin to select a group of applicants, which the search committee then narrows down to about five to 10 semifinalists.

This group will go through a short “airport interview” to avoid traveling to the WSU campus, and then between two and four finalists will be chosen to come to campus for their last interview, which lasts about two days.

This involves a presentation, during which students, staff and faculty can attend and ask questions, Bernardo said.

“It’s a pretty intensive process,” he said, “so we want to have a filter to get down to a smaller number before we really bring those folks to campus.”

The application instructions and qualifications are posted on the Office of the Provost’s website, and it states they will be accepting new applicants and nominations until a dean for each college is selected.

The final decision will be made by Bernardo in consultation with Schulz, Bernardo said.

He said he hopes to have the finalists come to campus for the final interview stages in the early spring.

“Everybody is looking for the best dean,” Bernardo said. “The challenge is hustling to and trying to find the right match for WSU in these three deans.”