The same media opportunities should be given to woman 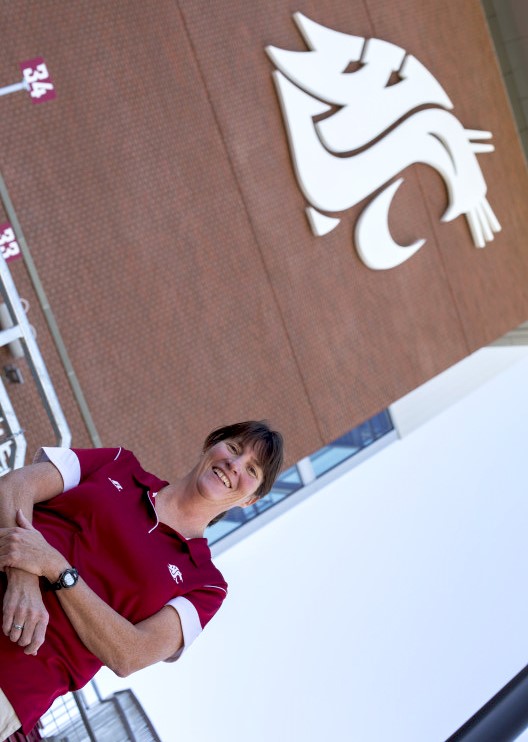 As modern American society has begun to accept and give more attention to female professional and college athletes, there is still an unacceptable amount of stigma for the other side of athletics: the media.

While this is not exclusive to sports, the media is strongly dominated by men. Women are extremely underrepresented and do not often, if ever, garner the same amount of respect as men in the same positions.

Professor Tammy Crawford, a longtime faculty member of WSU’s sport management department, covers gender and stereotypes extensively in her Sport Management 101 class. With the unit, she hopes to draw attention to the gender inequality in the media field, and change the way people view women in sports media roles. Her presentation always begins with shocking statistics of the sport media industry.

Why is there such a large discrepancy? Is there an implicit stereotype that influences these numbers?

Full disclosure: at this point I must admit that growing up, I was a part of the problem. Though I now have an incredible deal of admiration and respect for female journalists, as a child, I came to see women in sports media to be extremely unprofessional.

I watch a lot of soccer, and among the best networks for international soccer is Univision Deportes. For all its quality and renown in the soccer world, Univision is notorious for having very few women in broadcasting roles. The women rarely lead a broadcast, never lead the play-by-play, and almost always fall to the side, giving minor game updates, like injuries. The noteworthy, respectable positions, like the broadcast teams and analysts, are dominated by men.

This is true of NFL broadcasters as well. Since its launch in November 2003, only 12 percent of the NFL Network’s 62 analysts, reporters, announcers and hosts have been women. Just this year, on Sept. 11, play-by-play announcer Beth Mowins became the first woman to ever call a nationally televised NFL game, according to NPR.

Last August, Sports Illustrated gave us a reason. “Between all of the NFL rights holders — CBS, ESPN, Fox, NBC and the NFL Network — there are around 20 spots for play-by-play broadcasters every year,” wrote Richard Deitsch. “Given a woman has never ascended to even one of the lower-level teams on the networks with multiple broadcast teams (such as CBS and Fox), the implicit message to women who want to enter sports broadcasting is that this job is not for you.”

According to the same article, in the NFL’s 97-year history, there have been just three women, not counting Mowins, in non-sideline positions.

Despite the prevalence of female athletes today, the media side of the sporting world is extremely limited for women seeking careers as sports broadcasters. And while Mowin’s appointment shows progress for the industry, there are still two things that continue to keep women from gaining ground.

One, the overwhelming amount of men in the media in comparison to the women, and second, the reason for that: the unfortunate stereotype that women do not provide the same amount of quality in their broadcasts.

How does the media fix this? In the same way that we helped women’s sports to gain the same attention as men’s sports: open the opportunity. The growing women’s sports market has opened the door for new positions in the industry, and though major broadcasters should continue hiring women for those bigger roles, why not fill those new broadcasting positions within women’s sports with female journalists?

Let the women gain fame in the sports they love talking about, just like the men have, and the stereotype can be abandoned. The quality is there, we just need to give a chance for them to show it.