Music can complement your sex aesthetic 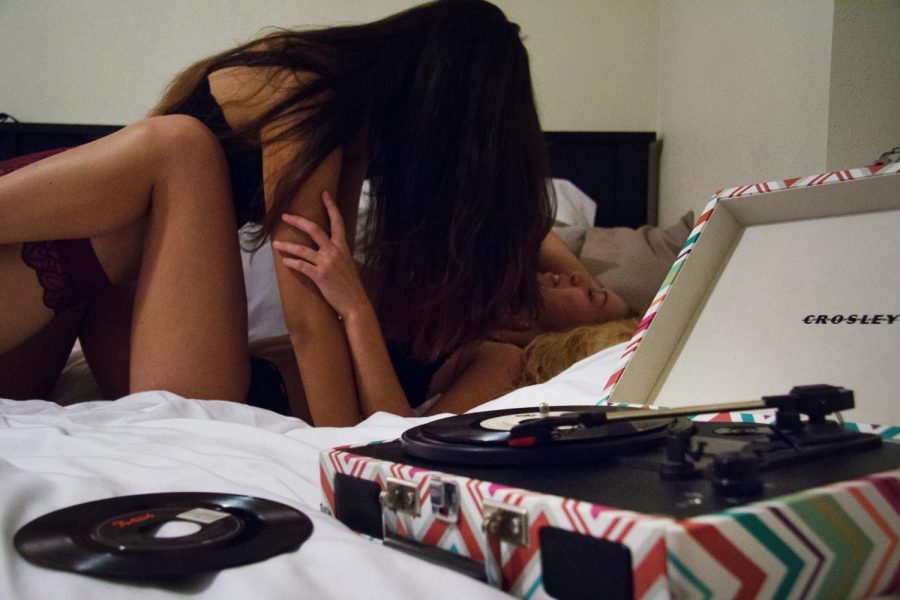 Music can be used to set the mood, as long as both participants are comfortable with the atmosphere.

As a drama geek and a musician, I’ve always had an affinity for the great line from Duke Orsino in Shakespeare’s Twelfth Night, “If music be the fruit of love, play on.”

The quote shows in the perfect thespian style how codependent music and love can be for people.

It’s unclear if Shakespeare was talking about love or love making in his play but, what is certain is that music can play an integral role to both. Music can express one’s love for a fair maiden or show an individual’s desire to take a fair maiden to Scarborough Fair to show them their maypole.

Music and sex go hand in hand, and science has proven that they stimulate the same area of the brain and the two topics are also major proponents of the mass culture of the west.  This is evident in contemporary advertising, television, films, literature and much more.

Almost all sex scenes in films have some sort of background music. Be it instrumental or lyrical, music is there, and this is a major key in a culture consumed by sex. An example of that consumption is the large industry that is sex. In 2006, $97 billion was spent worldwide on the industry, according to NPR.

Dominated by high sexual expectations, setting the mood is a must in the minds of many people, primarily men. This is because of the use of music in dramatized sex as well as the strong presence of music in pornography. The mass culture has set a status quo that music is necessary to set the mood.  From this, many songs have had their time to shine, like “Lollipop” and anything from the “50 Shades” soundtrack (e.g. The Weeknd’s “Earned It”). However, the song with the largest sexual connotation, the one that really takes the cake, will always be Marvin Gaye’s “Let’s’ Get It On.”

The smooth sexy lyrics and sultry guitar intro of Gaye’s song is an aphrodisiac on its own. Whenever I listen to it I turn into a James Brown character. I want to get into the music, “Like a sex machine, movin’, doin’ it.” Brown is also an artist known for his sexualized, funky music.

Movies have also played a large part in creating this sexy status quo in Western mass culture.  A few examples of this being  1998’s “Wild Things,”  Cameron Diaz’s Ferrari scene in “The Counselor” from 2013, the tango scene in 2005’s  “Mr. and Mrs. Smith,” and the iconic “Superbad” scene where the young and awkward Christopher Mintz-Plasse does everything he can to avoid having sex during a party.

Music can be very sexy when it’s done right and this is a statement most people can agree on. However, there is conflict as to if music is necessary in the bedroom.

After talking to a few WSU students, I was able to learn more about how people get freaky: what kind of music people listen to in the bedroom, their opinions on the need to “set the mood.” Music is often played in order to attempt to enhance foreplay and the overall experience of sex.

For the most part, female WSU students I interviewed couldn’t care less about what music is playing during sex, but they still enjoy it. Many male students, however, buy into the stigma that music is important when it comes to sex and that it’s integral to good sex.

This is completely understandable when looking at the expectations set by mass culture in the West as shown in movies, music and other forms of media.

WSU student Kayla commented on the subject saying, “Oddly enough, I prefer not to listen to music while having sex. Setting the mood with each other is the best way to have great sex. I don’t mind something slow and quiet playing in the background.”

She told me that it was odd that she preferred not to listen to music during sex, which is a prime example of Western expectations.

Her statement was juxtaposed by WSU student Trevor who could have written a doctoral thesis on the subject. Because of all the information he gave me, I’ll just give back the Reader’s Digest version of his theory.

“Now this, in my opinion, is a very complex topic that includes many variables,” Trevor said. “So, first it depends on the kind of music you and your partner both like, as well as your relationship and the type of love makin’ you’re doin … Like, when you gotta slow R&B song that makes you wanna move your hips slow. Bang! That’s the baby-maker song right there.”

Trevor then concluded by drawing the parallel between sex and art, which really argues for the influence of sex and music.

“Sex is kinda like art,” he said, “like the way an artist paints, draws, water colors. They usually prefer one of these types but have dabbled in all. On top of that, you can add all these layers. When you draw, you have shapes. Then you layer colors. Then you layer shades and textures. Sex is the same thing, where you do it, what positions, who it’s with, and music is another layer.”

I asked two other WSU students about their sexy musical habits and their partner’s habits, and each gave relatively similar answers as the previous students.

Joelle told me that she didn’t really care one way or the other saying, “I don’t really listen to music during sex but when I do, it’s mostly soft music by male artists.” This is yet again juxtaposed by another male WSU student who said he liked to listen to “chill pop, just as background music” during sex.

Seeing these differences between men and women, I asked another individual the same question about music in the bedroom. Scott, another WSU student said, “Honestly, Otis Redding or Marvin Gaye. But I’ll be honest, usually it’s with booze or bud. I play a lot off the feeling of song.”

This can also say something about the college culture surrounding sex, drugs and rock ’n’ roll.

If I was to generalize my experience interviewing WSU students, most men care a lot more about music and making things perfect when setting the mood in the bedroom. The status quo in the bedroom is slowly changing if different genders disagree on the subject.

Music and sex have always been symbiotic, and it isn’t necessary to have a good time in the bedroom. The most important thing about the relationship between music and sex is that no matter what you do or don’t do in the bedroom, playing music doesn’t matter. Lovers can still be just as passionate about their affairs, regardless of any assistance from music. Everything is up to personal taste and what’s happening in the heat of the moment.

That being said, I would still recommend buying a record player and a copy of whatever album of Marvin Gaye’s greatest hits that can be found because let’s face it: Marvin Gaye’s “Let’s Get it On” will always be a classic song to get “it” on to.