Oregon State did not allow a goal against the Cougars’ offense 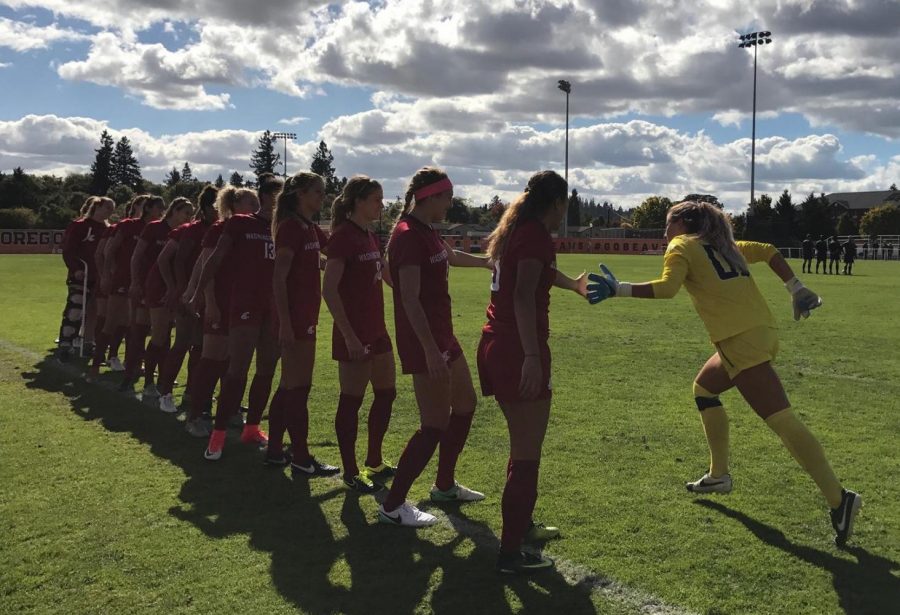 Cougar soccer (7-4-2, 2-3) was unable to capitalize as they fell to Oregon State (4-6-3, 1-3-1) in double overtime Sunday. After escaping Eugene with a victory, WSU fell 0-1 to a solid OSU defense as the Cougars continued their Pac-12 campaign on the road.

Playing away for the second time this weekend, the Cougs came into the game looking to control possession and take advantage of a tired Oregon State team that had just lost 4-1 to UCLA and tied against University of Washington 0-0 in two previous matches.

“This was just a battle,” OSU Head Coach Linus Rhode said. “We knew this would be a physical game without a lot of flow to it.”

The opening 45 minutes were owned completely by the visiting Cougars, who took 7 shots in the first half to pile the pressure on the Beavers’ defense and goalkeeper. The Cougs came close to opening the score, as sophomore forward Morgan Weaver saw a shot graze the post in the 30th minute.

The rest of the first half was spent in Oregon State’s defensive end, as the Cougs pushed balls into the box and took shots on target, trying to get a goal passed a stubborn Beavers’ defense.

Freshman forward Elyse Bennett had multiple shots saved by OSU’s goalkeeper just before the half ended. On the other half of the field, the Cougars held the hosts to only one shot on target, a shot easily saved by redshirt junior goalkeeper Ella Dederick.

The second half would see more even play, as OSU began to take chances of their own.

Because neither team found the back of the net, the second period of overtime began. Again, play was rather disconnected, and both the Cougs and Oregon State struggled to score.

The first and only goal of the game would finally arrive in the 102nd minute, much to the Cougs’ dismay. OSU was awarded a free kick, 20 yards from Dederick’s goal, following a solid string of play from the Beavers.

OSU’s senior forward Emma Jones would step up to take the set piece, and send in a curled effort to the top corner of Dederick’s goal, who’s best effort to save the shot proved insufficient as the ball rocketed past her.

The Cougs fell 0-1 to OSU after double overtime. The defeat is the first time that WSU lost in overtime this season.

The Cougs will now move on to play California (10-2-1, 3-1-1). The match will be WSU’s third consecutive game on the road and is scheduled to begin at 2 p.m. Saturday at Edwards Stadium.