Coming from an athletic family, he is majoring in sport management 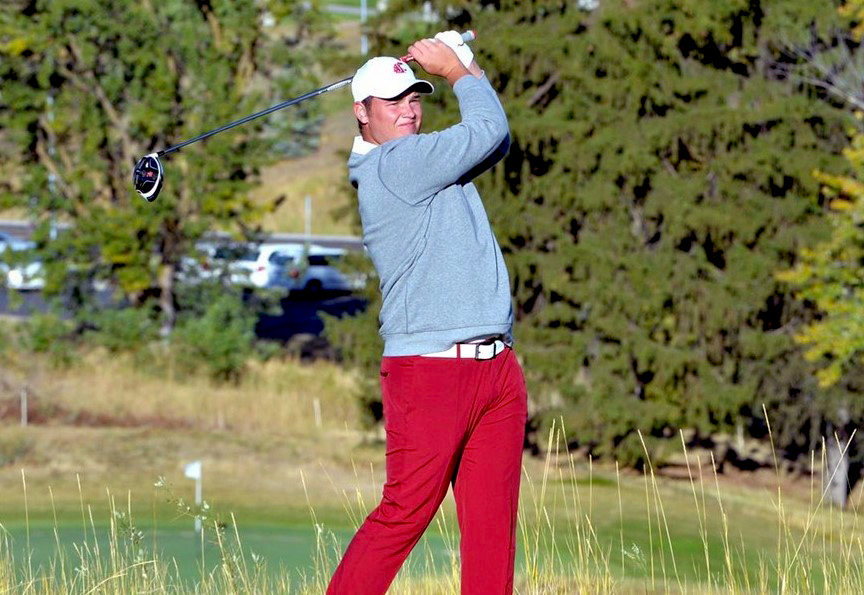 WSU senior golfer Derek Bayley is on an arduous journey to the highest level of golf.

Making it as a professional golfer is often a long and difficult road. It can take, at minimum, between seven and 10 years to make it to the PGA Tour. And once there, golfers face demanding pressure to perform, or lose their spot at the top of the golfing world.

Born in Coeur d’Alene, Idaho, Bayley grew up in a sports family. His father, Mike, played football and baseball at Whitworth University. His sister, Chelsea, golfed for Whitworth as well. Even his grandfathers played sports in college.

Bayley himself was a three-sport athlete in high school; he played football and basketball in addition to golf. However, the Cougar athlete did not outright love the sport of golf years ago.

“I always got asked the question, when growing up, what my favorite sport was,” Bayley said. “It wasn’t really golf, it wasn’t really anything. It was kind of whatever I was doing at the time.”

However, Bayley said he realized his knack for golf gave him the best chance to play professionally.

Much of Bayley’s success comes from his ability around the green.

“I was blessed with soft hands and I try not to take that for granted,” Bayley said. “Anytime I’m in a tough spot around the green, I can — better than most — I can get it up and down and get it close.”

Those soft hands led Bayley to a record-breaking freshman season. He averaged a score of 72.36, the lowest by a freshman in school history.

Transitioning from high school to college presented new challenges for Bayley, however — challenges he has worked hard to overcome during his three-plus years at WSU.

“Derek was eager to learn from day one,” Head Coach Dustin White said. “He had a record-breaking freshman year and has become a more complete player in his time here at WSU.”

College golf has one of the most difficult schedules of all NCAA sports. Teams compete in two separate seasons, keeping golfers on the course almost year-round.

Flying everywhere from Iowa to New Mexico to Hawaii can make it especially difficult to stay on top of school. Bayley said he might miss a whole week of school at a time, and he often must choose between focusing on school, golf and sleep, without there ever being enough time for all three.

Currently in his senior year at WSU, Bayley said he tries to help the younger golfers on the team navigate the tough schedule. He said he works hard to be an anchor and a leader for the team like the seniors that helped him his freshman year.

If golf does not work out, Bayley hopes to use his sport management degree to get into coaching. But for now, he’s determined to make it to the highest level of the game.

“I want to play for a living and have that be what I call my job,” Bayley said. “People ask me what I want to do for a living, and I really just want to make it golf.”

Becoming a professional golfer can be an incredibly difficult and expensive journey. Players must go through qualifying school and a series of highly competitive tournaments that sort out the best of the best. It can cost thousands of dollars to travel and play in a single weekend tournament.

Bayley has been working toward the grind of the professional game, and he said he is ready for the challenge. If he’s not working hard, he’s doing something wrong.

“I wouldn’t say I have a ton of weaknesses, so it’s more about fine-tuning your strengths,” Bayley said. “You can never get your strengths too strong.”