Prioritizing inclusion of people from all backgrounds, cultures unites community 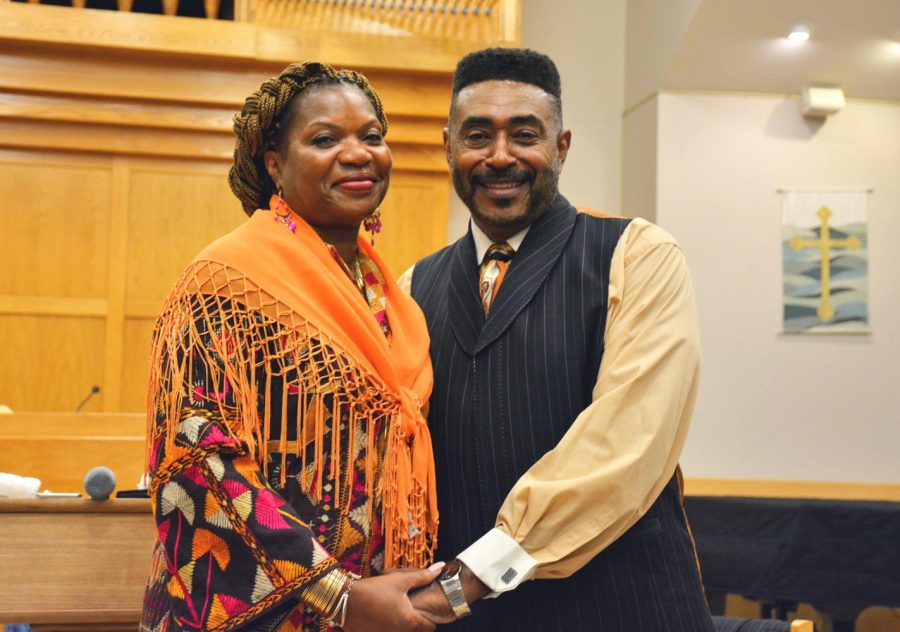 Michael Perkins and his wife Taimia Perkins came to Pullman to fill the city’s need for an African-American church.

For many students and community members, religious faith plays an important role in expressing culture. But that culture is not always accurately represented by religious leaders, especially in a town like Pullman.

I think most people would agree that in its ideal form, religion is an instrument of community and love, an institution that is welcoming to all. In order to keep the promises of a welcoming environment, religious organizations need to be more sensitive to cultural and racial issues in our society.

I am sure that churches in the Pullman community aren’t prejudiced toward minorities and aren’t deaf to cultural tensions in our society. But those same churches must do more to show that they are indeed serving the needs of a diverse community.

No faith can keep the promise of bringing everyone together if certain groups feel disenfranchised or underrepresented by their religious leaders.

That has since changed, but not by a degree representative of the multicultural population of Pullman or WSU. According to data from the WSU website, 30 percent of enrolled students are from multicultural backgrounds. Additionally, the 2010 Census shows an estimated 25 percent of the Pullman population are minorities. Far less than 30 percent of pastors in Pullman are a minority, which may make some church-goers not feel as welcome as they should.

“I began to meet Hispanics, African Americans, Asian-Pacific Islanders, West African people, white people, and they began to tell me of the lack of a church with a multicultural flavor to it and of the need in the community,” Perkins said.

People feel empowered and included when they can see members of their own race in positions of authority and leadership, especially in an area like religious faith. It deepens the connection between people and critical social institutions, like school and religious faith.

Churches must do more to embrace multiculturalism and attempt to represent the needs of all their community members if they hope to represent any of them at all. This means taking steps like incorporating more minorities into church leadership and even discussing current cultural issues.

Pullman needs more organizations like the Greater Victorious Church to represent the needs of a diverse religious community.

With every divisive issue that threatens community and student unity, religion shouldn’t be one of them. Faith centers ought to express their support for multiculturalism and devote more resources toward understanding and supporting individuals who are impacted by racial inequalities.

“Any pastor worth his salt and bread has to focus on issues like that,” Perkins said.