Charging for electronic records, formerly free, could help cover the time and labor to process requests 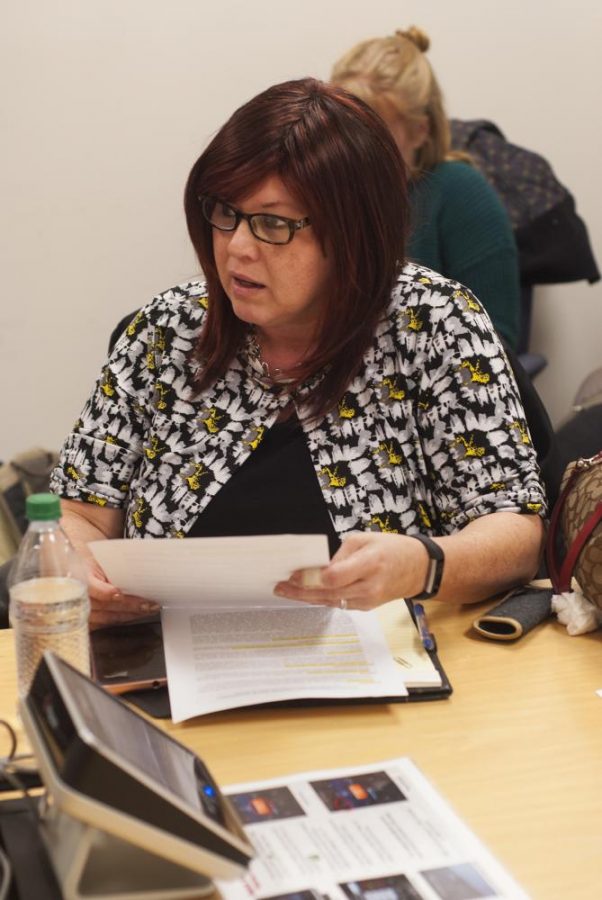 Stephanie Kalasz from the Office of Public Records discusses proposed revisions to the WAC, Chapter 504-45.

More are requesting public records, but fewer want printed copies, meaning WSU’s public records office does much of its work free of charge for the requesters.

Officials from WSU’s public records office proposed rule changes that would allow the university to charge for electronic copies of public records, in line with laws passed by the state government.

Stacy Pearson, vice president for Finance and Administration, first unveiled the proposal before the Board of Regents late last month.

Most of the cost associated with public records, Pearson said, comes from the time and labor it takes to black out non-public information in the documents. She said charging for electronic records could help the office recover some of those costs.

The office can already charge for printed copies and up to 10 percent of the cost of producing the copies, but, Pearson said, that money is not nearly enough.

“So few people get paper copies anymore,” Kalasz said. “I don’t remember the last time we charged 15 cents for a page.”

One part-time and three full-time employees in the public records office have to handle hundreds of requests over the course of the year. Last year, Kalasz estimated the office handled about 430 requests. They have seen the same amount of requests this year so far.

“We are a little backlogged right now,” she said.

The Regents unanimously approved the proposal late September. The university is now accepting public feedback on the change. If no substantive changes are brought forward, the Regents will vote on turning the proposal into a policy at their Nov. 17 meeting at the Vancouver campus.

Nobody testified at Wednesday’s public hearing, which lasted around half an hour.