Foley Institute is a valuable resource

Students should seek opportunities to learn, even when not required 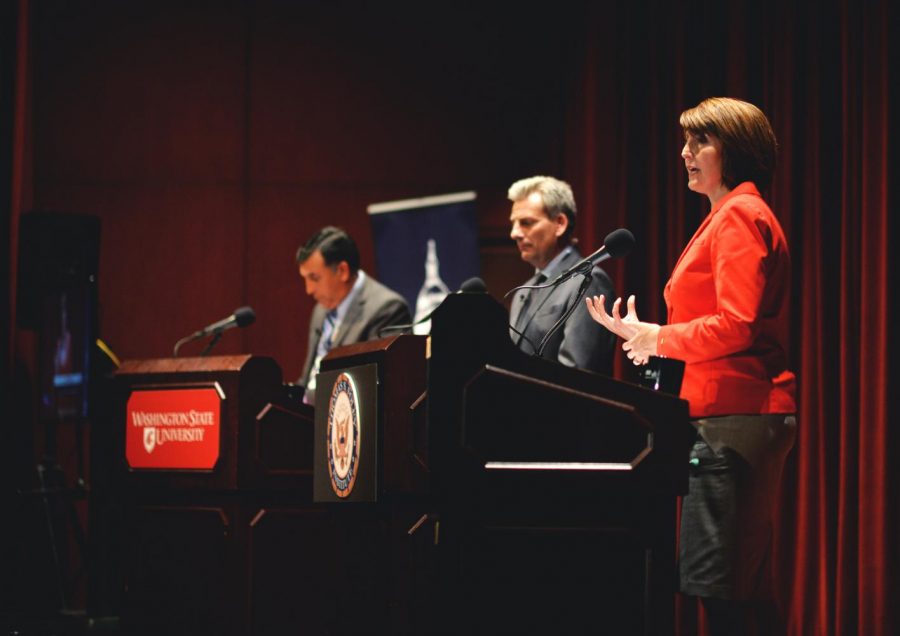 Some classes require participation in Foley Institute events for extra credit or class points, but students should go to these events regardless of what their classes demand.

It goes without saying that college is a place where students are encouraged to learn and grow into productive members of society, but learning isn’t limited to lecture halls or classrooms.

Funded by an endowment from the U.S. Congress, the Thomas S. Foley Institute was established in 1995 to honor the achievements of Thomas S. Foley, who was the highest ranking government official in Washington’s history.

“The institute’s mission is threefold on campus,” said Cornell Clayton, director of the institute. “One of our major missions is to educate the public about government and the operations of democratic institutions and public affairs.”

The Foley Institute works to accomplish this goal by hosting guest speakers and organizing events focused on educating the university community on governmental operations and public policy.

Clayton said that a few years ago they received a grant of about $250,000 to run a conference on stability and democracy in the U.S. What’s important to remember about these events is that all of them are free. A quarter-million-dollar grant given to one organization on campus to provide a free service only benefits those who choose to go.

Students have an opportunity to enrich their education beyond the classroom and grow in political areas that are sorely lacking in participation from young people. According to the Pew Research Center, during the 2016 election, voters between the ages of 18 and 29 made up close to 30 percent of eligible voters, but only contributed 19 percent of total votes.

“One of my goals in taking over the institute was really to create a space on campus where students could come and engage in and be informed about affairs of government and politics,” Clayton said. “It was really lacking before the institute filled that important role.”

Participating in events from the Foley Institute matters because it can help increase university students’ participation in voting on policies that will affect them.

“Part of being an educated citizen is to understand how your government operates, how public affairs operate and some of the issues involved in public policy,” Clayton said. “I don’t think you can consider yourself educated and not understand these things. There is an obligation that students have to be active citizens and to inform themselves.”

There is indeed a responsibility for students to engage in politics — but more than that, people ought to be happy to do it. Going to Foley events, organizing campus protests and even voting can help shape the world in the way students want.

“Ultimately, it’s your generation that should be most concerned about the policies that are being enacted today and the direction our country is moving today,” Clayton said, “because you’re the ones who will be suffering the consequences or reaping the rewards.”