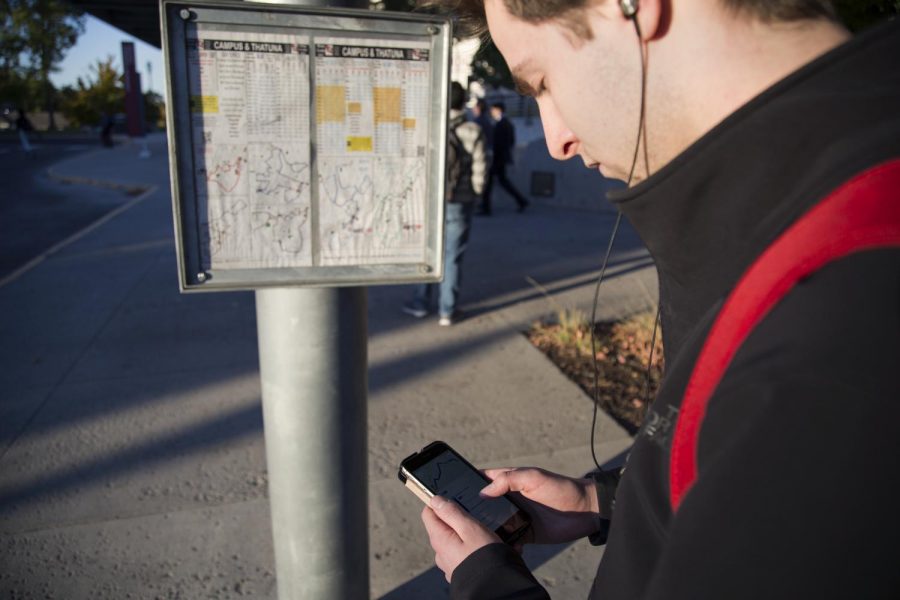 At Pullman Transit bus stops, riders can check their bus’ arrival times on the posted maps, through the Pullman Transit “Where’s My Bus?” web application, the WSU mobile app and Google Maps.

Pullman Transit bus routes are now available on Google Maps, taking out some of the guesswork for passengers.

On Google Maps, students can input current location and intended destination, then receive real-time recommendations that take into account walking time to bus stops, arrival times, and additional walking times and distance after they get off the bus. Searches can be further customized if a user inputs the time they want to be somewhere, or the time they can depart, if they are trying to plan trips in advance.

This comes as an addition to pre-existing options for WSU students and Pullman community members, such as the bus map on the WSU mobile application and Pullman Transit’s “Where’s My Bus?” web application.

The web application allows users to search for nearby bus stops based on an inputted address, and lists bus stops within walking distance. However, users have to look through individual stops, as well as browse through the different routes that travel by that stop and look for an upcoming bus arrival.

For those unfamiliar with routes, it may be challenging to determine whether they have the correct route for their destination and the correct station where the bus stops, and that the bus will be arriving soon.

The WSU mobile application lists all the bus routes, which can be selected and displayed on a map of Pullman, along with the user’s current location to allow for navigation to a bus route. Users face a similar problem of searching for a bus that makes a timely stop close to their current location and can take them to their desired destination.

According to the Google Maps web page on transit partnerships, at least 18,000 cities around the world use Google Maps to share public transit information. The service is accessible by web and mobile devices, and works with public transportation service providers as part of its Transit Partner Program.

It takes the latest agency data with Google Maps’ software to integrate stop, route, schedule and fare information with its application. Transit agencies in major metropolitan areas such as Los Angeles and New York use Google Maps to make similar information more accessible to the public.