Buy the Dozen will continue to sell at community events 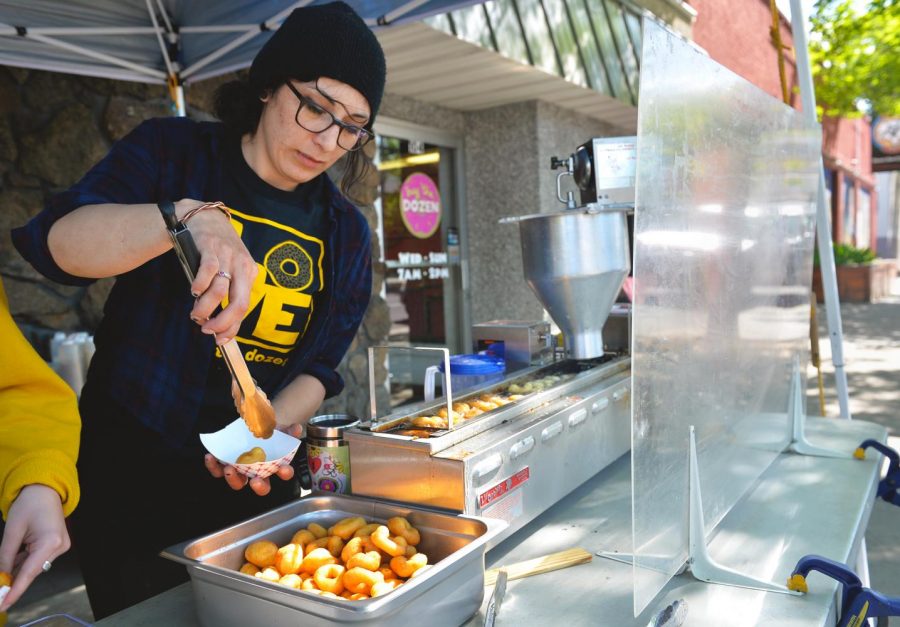 A mini-doughnut shop shut down their second location in downtown Moscow.

Ray Wallace, the owner of Buy the Dozen, said the shop is a business that sells fresh and customizable miniature doughnuts.

“It’s not just awesome mini-doughnuts,” Wallace said. “We want our customers to have a great experience when they come in.”

The Idaho-based business started in 2009 and their location in downtown Moscow opened in 2012, Wallace said. The downtown shop closed on Oct. 7 because there weren’t enough customers coming in, he said.

Manager Christa Hernandez said Buy the Dozen already wanted to focus more on students, their main customer base and make it more convenient for them to get doughnuts while on campus.

The regular customers who frequented the downtown shop were sad to see it close, but Buy the Dozen will continue to offer deliveries for those who still need their doughnut fix, Hernandez said.

Buy the Dozen offers deliveries through the service Mr. Delivery. The shop is also working on making their doughnuts available for purchase through the phone application Tap & Go.

Buy the Dozen is the only business on the Palouse with a permanent location whose primary focus is miniature doughnuts, Hernandez said.

The idea for Buy the Dozen was conceptualized when the previous owner saw a similar business at Pike Place Market in Seattle and decided that the Moscow community needed something like it, Hernandez said.

Buy the Dozen also does a flavor of the week, Hernandez said. The company has their top six flavors and each week they come up with a unique and creative flavor to rotate in, she said. The most recent flavor of the week was pink strawberry-lemonade for breast cancer awareness.

Customers can come in and watch the doughnuts get freshly made and then customize them themselves, Hernandez said.

“I really like making people happy,” she said, “and I’ve never had an angry customer because everyone’s happy when they get donuts.”

Buy the Dozen is also committed to sourcing as many products as they can locally, Hernandez said. The business can’t get everything from local providers, but they do use local ingredients such as honey, lavender and basil, she said.

A goal for the future of Buy the Dozen is to expand, Wallace said. If the company sees continued success at UI, they would like to come to other campuses as well, such as WSU. Buy the Dozen has also been present at every WSU home football game since last year.

Another goal is to get a larger permanent location, one that could be potentially used for children’s birthday parties or even just a sit-down snack, Hernandez said.

Besides their location at UI, Buy the Dozen can be found at the Moscow farmers’ markets and other community-oriented events.