Traveling, competing should not be taken lightly in this club 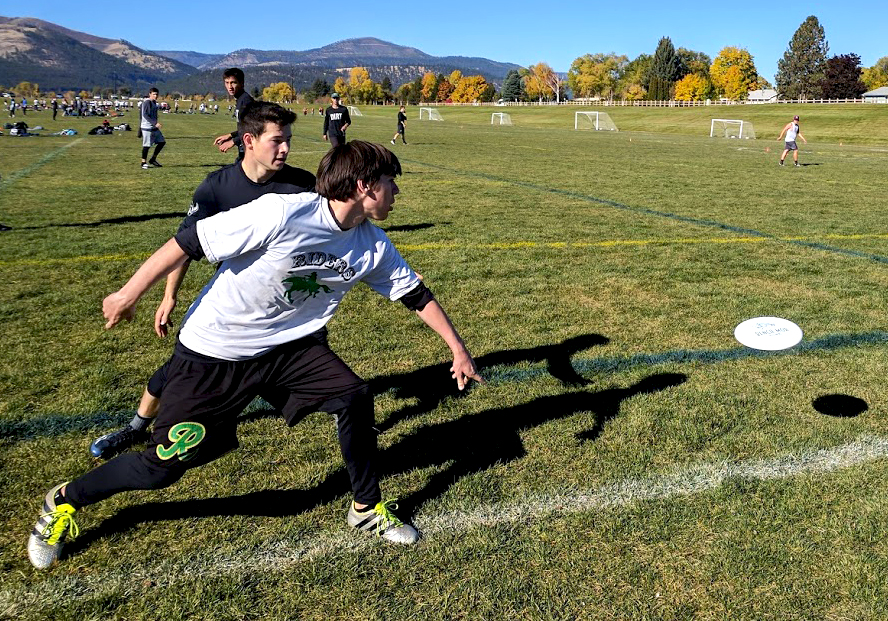 After a long, snowy drive over the mountain passes into Montana, it was finally time to throw down … or up field. Saturday marked the first day of competition; players stretched across the turf, practiced throws, cheered for teammates and made calls on the plays. WSU’s team rolled up with one goal in mind: victory.

When I first suggested covering this event for the newspaper, people laughed. But, give me a moment to rev up some hype for the game. It’s not just a mess of people hurling a glorified lid around without rhyme or reason. That kind of anti-disc propaganda is what keeps the women’s team too small to compete.

First off, there are defined positions one can play: handlers, cutters and wings. There are strategic offensive plays and defensive lineups that the team can employ to be most effective. The game requires integrity as well, as fouls are called by the players themselves.

But back to the games. Missoula, Montana’s Big Sky Gun Show tournament started at 9 a.m. WSU’s team Suspicious Package was split into two different groups, X and Y. Over the course of the weekend, Suspicious Package X saw their one victory against Moscow’s Red Scare, with a close loss to Boise State.

Suspicious Package Y had a better run, winning four out of seven games. Sunday’s game against Western Washington proved to be an intense one, with a couple of close plays that had spectators on edge. None were more on edge, however, than Suspicious Package Coach Cory Foss.

“They’re using my own heckles against me!” he yelled with a strained voice from two full days of nonstop coaching. Foss then ran to all the players, and WSU spectators on the sidelines to stoke the team with double high-fives (as any good coach should).

After an eventual loss, Foss refused to let disappointment reign.

“We played some great defense. We had a couple miscues, that’s alright. Give yourself a pat on the back, high-five your teammates, because you guys played hard out there,” Foss said. “They came here and they just wanted to stomp us, but they had to work for it. This was our best game.”

At the end of the tournament, Suspicious Package Y ran — yes, ran to join X for a team photo. Afterward, it was time to head to Popeye’s for post-tourney chow, then back over the frozen mountains to Pullman.

I asked Foss before leaving the restaurant if he had anything he wanted to share for the newspaper. His few, but wise, words: “Just send it.”