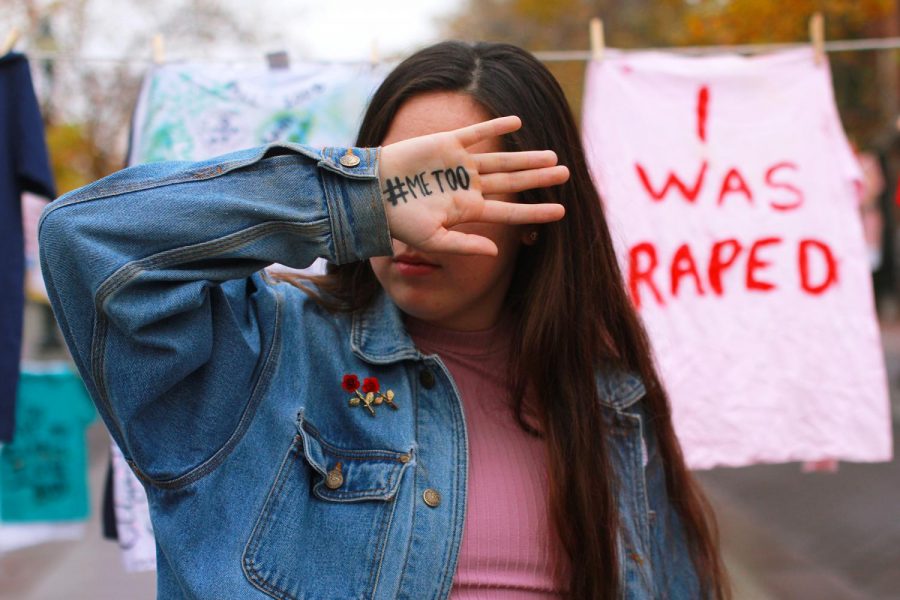 Both WSU students and survivors of sexual assault and harassment around the country have come forward on social media with the hashtag #metoo.

Two simple words, “Me Too,” have taken on a greater meaning for WSU students and others around the country.
Current and former Cougs — both staff and students — are sharing personal stories of sexual harassment and assault on Facebook and Twitter.

Many WSU students, such as Huizi Li, have posted on Facebook the phrase “Me Too,” hoping to show how widespread instances of sexual assault and harassment are.

Another student, who asked to be referred to only by her first name, Kristin, recalled a man telling her she owed him for going on a date and having conversations with men, and other similar situations.

“I’ve had entire conversations where men stare at your chest rather than making eye contact,” she said.

Jennifer Murray, Women’s Resource Center program coordinator, said it’s hard to find women who have not experienced some form of sexual harassment or assault, because it’s so common and has become normalized.

“We need to talk about it” she said, “rather than pretend it’s not a problem.”

Belle, a WSU student who posted #metoo and asked to be referred to by her first name, shared a story that began as a girls’ night out to celebrate the end of a hard school week.

As thoughts came rushing back from her experience, Belle recalled that no one at the party seemed to know the man who had been following her throughout the night.

“All I knew was that he was the creepy dude in the blue shirt,” she said.

She remembered someone pouring something in her drink.

“The cup was in my hand as I felt more liquid go into it,” she said.

She recalled escaping the party with a friend to a bathroom upstairs, and the man following them.

Belle said her friend snuck past the man, but he grabbed her arm and tried to pull her into a bedroom. She broke away and went downstairs, found her friend, and left for the night.

Me Too started when actress Alyssa Milano tweeted, “If you’ve been sexually harassed or assaulted write ‘me too’ as a reply.”

Since then, hundreds of thousands of women around the country have posted on social media, some sharing their stories and some writing only the phrase.

Julie, another student who posted #MeToo online and asked to be referred to by her first name, said campus-wide involvement is the only option to solve a deeply rooted issue. Students need to come together to advocate for a safer environment on campus, she said.

Acknowledging the problem is easy, she said — the challenge is working together cohesively to prevent these situations.

Murray encouraged students to connect to campus resources, such as Health & Wellness. Another resource for survivors of sexual assault, abuse or violence is Alternatives to Violence of the Palouse.

Kristin said she believes the sheer number of “Me Too” posts will show the full extent of harassment she and others have faced.

“Announcing ‘Me Too’ takes the problem from being distant, too personal,” she said. “It makes people face the magnitude of the issue.”