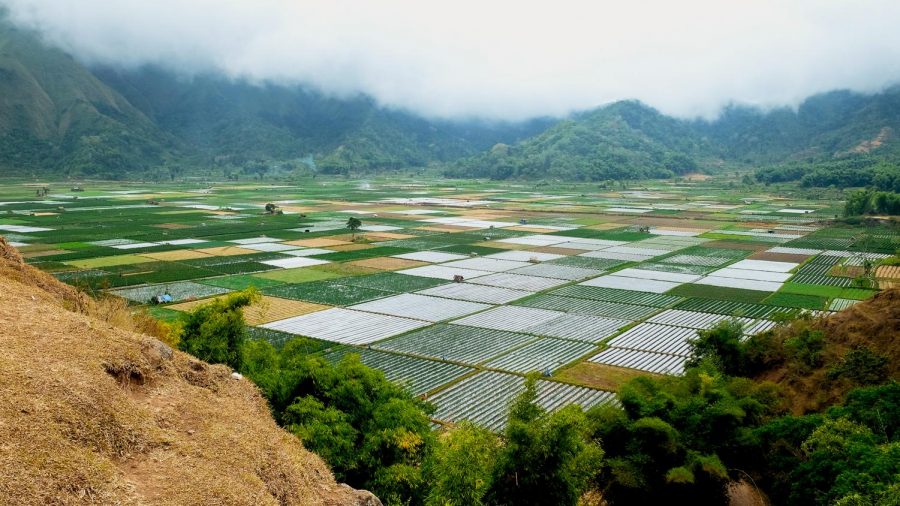 By 2050, global food production will need to double to feed 9.1 billion people. Today, rice fields around the world such as this one in Lombok, Indonesia, produce rice that help feed half of the current population.

Cousins Lab, one of 12 institutions working on the C4 Rice Project funded by the Bill and Melinda Gates Foundation, is conducting the research. Eight countries around the world are collaborating using innovative scientific techniques to enhance rice crop yields.

“The objective is to supercharge photosynthesis in rice,” said Asaph Cousins, associate professor in the School of Biological Sciences at WSU.

The world’s population will reach 9.1 billion by the year 2050, the Food and Agriculture Organization of the United Nations predicted. Nearly all of this population growth will occur in developing countries.

Rice feeds almost half of humanity. Global food production will need to increase by 50 percent to feed 2 billion more mouths, according to a report from the FAO.

Competition for land is a problem in regions like Asia because urbanization is decreasing available land for agriculture, said Rita Giuliani, post-doctoral scientist on the project.

Cousins said his aim is for developing countries to have higher crop yields without more land usage.

Rice is traditionally a C3 plant, along with wheat. Transition from a C3 photosynthetic pathway to C4 requires altering certain genes. Corn naturally has a C4 pathway that Cousins Lab is trying to mimic and introduce to rice. Using corn as a template, the hope is to make rice’s metabolic process extremely efficient.

“It’s very ambitious work, trying to change what nature did over the course of thousands of years in just 25,” Giuliani said.

Photosynthesis is a metabolic process through which plants convert energy from sunlight, CO2 and water into needed nutrients. C3 and C4 are two different photosynthetic pathways available in plants.

Labs across the nation send seed samples, with genetic alterations, to Cousins Lab for testing, Asaph said. Once the seed has grown and produces leaves, testing begins. The leaves are tested to see if the genetic alterations made earlier have worked or not.

Cousins acknowledged the ethical questions brought up when researchers genetically engineer plants. He said some parts of the public had responded to the project with skepticism and other researchers were doubtful that the team could accomplish such a large task. He also said they were excited by the possibilities it could create.

This would be a huge step for the science field if this project is successful, Cousins said.