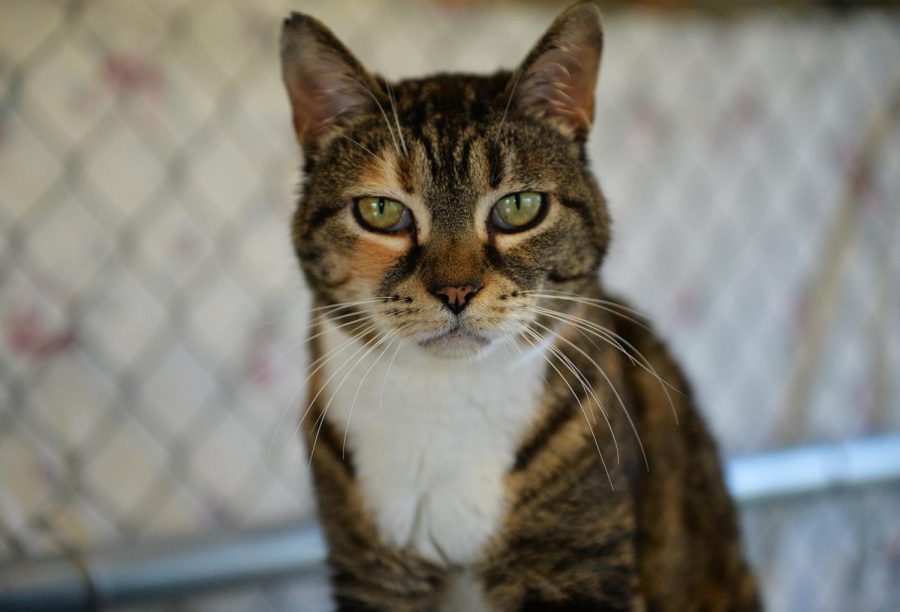 Lucky the 13-year-old cat was adopted a month after arriving at the Whitman County Humane Society. Cats are considered to be companion animals.

The Companion Animal Club gives students the opportunity to volunteer around the community and learn more about how to properly care for companion animals.

Companion animals are typically cats, dogs, horses, reptiles, rabbits or other similar animals, according to their OrgSync page.

Faculty adviser Martin Maquivar said the club is a group of students who are interested in issues regarding companion animals, such as anatomy, physiology, well-fare and health issues.

“I think the main goal is to provide opportunities that otherwise wouldn’t be available,” Maquivar said.

Club members have the opportunity to volunteer with horses at Orphan Acres in Viola, Idaho. They also help with off-campus events like the Mutt Strut with the Whitman County Humane Society.

The Companion Animal Club works closely with Cooper’s Legacy Foundation, an organization that helps pay for pets’ surgeries when their owners cannot afford them.

The club is involved in organizing on-campus events like “Pet Your Stress Away,” an event designed for students to spend time with pets during busy and stressful times of the semester.

Vice President Kira Plagman is a sophomore pre-vet student with an emphasis in zoology.

The different volunteer opportunities available offer great chances for students to learn more about their field of study outside of the classroom, Plagman said.

Originally founded in the 1980s, the club was one of the first of its kind on college campuses, Maquivar said. The club eventually lost popularity over the years but was re-established on WSU’s campus in 2011, the club’s co-adviser Kelsey Dunmire said.

WSU alumna Dunmire graduated with a degree in animal science and a focus on pre-vet. The Companion Animal Club is primarily oriented around community service, Dunmire said.

“We try and tell everyone in the first club meeting that this is what you want it to be,” Dunmire said. “If you want to volunteer somewhere, tell us and we can make it happen.”

The club is involved in events on campus as well as organizations off campus. The Companion Animal Club often has members volunteering at the WCHS, Maquivar said.

However, the club is not limited to people majoring in an animal or science-related field. It’s open to anyone with a passion for animals, Dunmire said. She has been with the Companion Animal Club since 2011 and said that she enjoys watching the club evolve and grow over time as well as meet interesting and new people every year.

An ongoing goal for the Companion Animal Club is to get more people involved, Plagman said. Another focus the club has is to start providing more outreach and educational programs, Maquivar said.

The Companion Animal Club meets from 6 – 7 p.m. every other Wednesday in Clark Hall, Room 147.