Without faculty guidance, students worry that performing arts could end for good 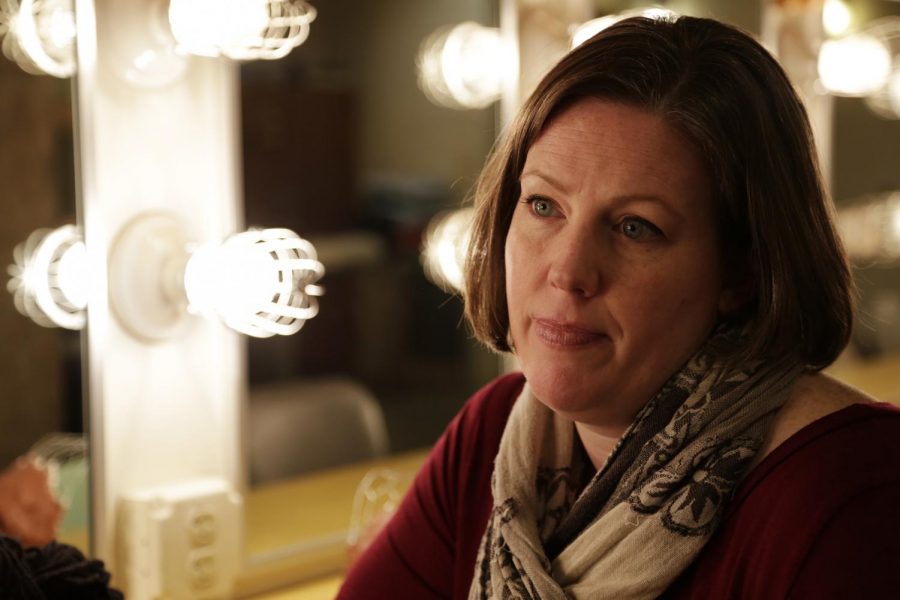 Mary Trotter discusses her opinions and future options regarding the loss of funding to the performing arts department of Washington State on Tuesday in the Daggy Hall makeup room.

There is much that the students and staff of WSU’s Performing Arts program don’t know, but they do know the date of their last performance.

Mary Trotter, clinical assistant professor for Performing Arts, said she does not know what she is going to do after he position is cut late April. Daryll DeWald, dean of the College of Arts and Sciences, informed her of the cuts in a meeting Monday morning.

“I was surprised, but not surprised,” Trotter said.

She was familiar with the university’s efforts to reduce its $30 million deficit, but did not know it would cut Performing Arts.

Schulz said he planned to put WSU’s budget back on track in three years, by reducing the deficit by a third every year.

“You can’t cut 10 million dollars and not have people see it, affected by it, or feel it,” Schulz told the Evergreen.

Trotter said the students in her introductory acting class asked her what would happen to all the spaces in Daggy Hall made available for the Performing Arts program and how the decision was made to cut it, but she could not answer their questions.

“There is going to be a hole in arts programming on campus and in the community,” she said.

Her and Ben Gonzales — another professor whose job is slated to be eliminated — are advisers for the student group and they direct some the students’ productions.

Trotter said some Stage alumni have gone onto graduate school where they studied theater-related subjects, among others, including a student in art administration. One of her past students is pursuing a Master of Fine Arts in directing.

“A lot of students come to the theater not really knowing what they’re going to get,” Trotter said, “then they discover a family and they discover themselves and they find their place.”

While she and Gonzales provide advice and feedback, Trotter said the students lead the charge.

“I would encourage students to continue doing all that stuff and I believe that they will,” Trotter said. “They have been thriving this year.”

“Without their support, I think we are going to lose confidence in ourselves,” Braswell said. “Coming here is really only one of the only places on campus where we can show our love for theater and work with theater.”

He said he wanted to attend graduate school to work with film. Braswell’s ultimate goal is to work in television production, but that goal would be harder to achieve without Trotter’s and Gonzales’s guidance.

Aryn Allen, a junior studying human development, said Trotter and Gonzales were the reason she was a part of Stage. She wrote the one-act play, “Those Who Mourn,” which Stage performed earlier this month.

Allen said she wanted to make a career of writing plays but Stage gave her opportunities to try different roles.

“I wanted to try my hand at directing,” she said, “but now I think it is going to be a bit harder.”

Allen said she also wanted to try acting, but did not know who would help her learn after Trotter left.

Jacob Kiehn, a sophomore studying data analytics, was frustrated that the university would cut Performing Arts to save money, while Mike Leach was paid millions of dollars to coach the football team.

While both athletics and Performing Arts are largely funded by private donations and ticket sales, Schulz said, arts would not reap the same benefits.

“Do people give to performing arts and fine arts and music at WSU? Absolutely,” Schulz said. “Are they going to give at the same level as they’re going to give to football? Probably not.”

Getting a job in data analytics, Kiehn said, would just be a way to make money to fund his real passion for theater.

Kiehn said he was used to acting, but had not worked on the production side of a show until joining Stage, when he was the assistant producer for the play “Silicon Soul.”

“Without [Performing Arts],” he said, “Stage loses its stage.”