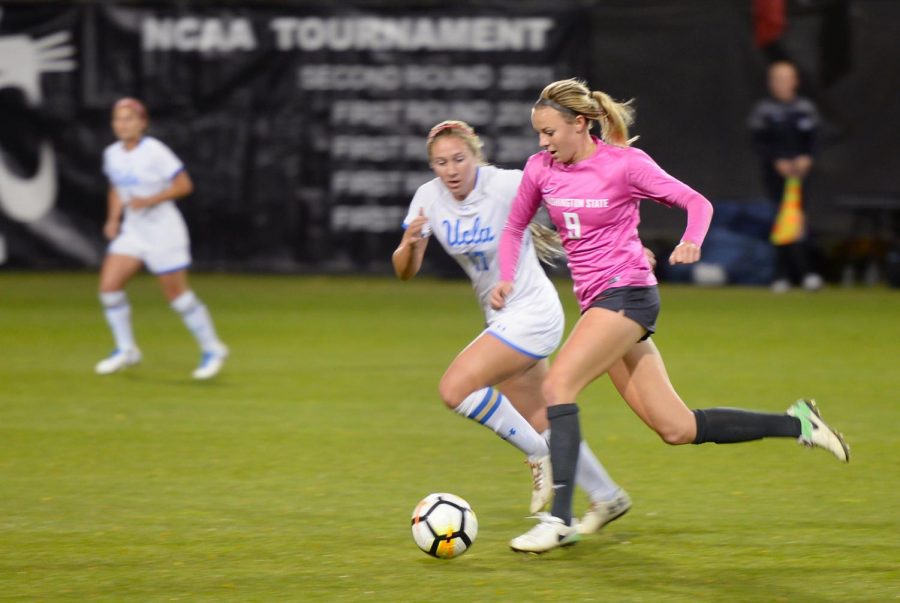 The Cougars upset University of California, Los Angeles, at home before narrowly losing to University of Southern California, last week. While playing at home, WSU has conceded six goals, though on the road, the team’s defense has given up eight.

ASU has not played well at home this season, sporting a 2-4-1 record in Tempe. In its last series of home games, the Sun Devils fell to both UCLA and USC, giving up five goals while finding the back of the net just once.

In their previous match against Utah, ASU came from behind twice and earned a 2-2 draw. The match went through two periods of overtime, and neither team could find an opening.

The Sun Devils have been one of the most flexible teams in the Pac-12, competing with some of the top teams by adapting each game.

“All of that is a big confidence boost,” Winkworth said. “We will take some of that from this game and hopefully play with some more freedom, smiles and passion in our two big home games next weekend.”

Unlike the Cougars, ASU played its last three games on the road, and will host WSU at home for the first time since Sept. 27, 2015. The Cougars are unbeaten in four straight games against Arizona State, with the last clash between the two being decided by sophomore forward Morgan Weaver’s double overtime goal in Pullman last year.

The Cougs suffered early on, in that clash with ASU, falling behind to a penalty kick. The game would play into double overtime after WSU tied the score at 1-1. Weaver’s shot into the goal capped off a game in which the Cougs took 23 shots in the second half.

Weaver now leads the team in goals this season and has proven to be a key player for WSU so far. Although she scored the game-winner last year, it was in Pullman, unlike the location of this year’s game.

After a road win against Oregon State University on Oct. 5, WSU Head Coach Todd Shulenberger said, “it is always tough to win on the road in the Pac-12.”

Once the clash against the Sun Devils is over, the Cougs will move on to play Arizona in Tucson for their second to last game of the regular season.

The match against Arizona State is scheduled to be played at 7 p.m. Thursday in Sun Devil Soccer Stadium. It will be broadcasted on Pac-12 Plus Live Stream.