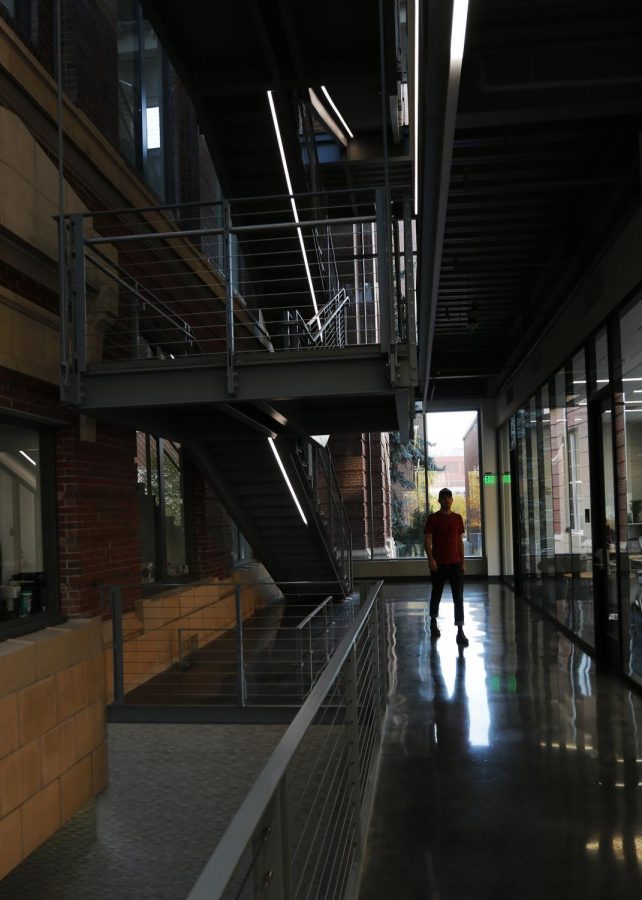 The finished Troy Hall renovation keeps the old exterior brick facade on the inside of the building.

Renovations to Troy Hall, located in the central campus area, were completed this spring, which is the first time the building has been improved since 1926.

The building which houses laboratory spaces with extensive updated systems to support new sophisticated labs, is now open to the public.

The renovation project cost $32.3 million and now provides 50,202 square feet to academics and research for chemistry and environmental sciences.

Troy Hall is a partially state-funded facility and legislature appropriated $114,000 to renovate it in spring 2015, according to a 2016 supplemental state operating budget request.

Since it was constructed in 1926, no renovations had ever been done. The building systems were not renewed at the end of their service life. Because of this, Troy was vacated and closed in 2010 in need of major reconstruction and repairs. Building systems were insufficient and could not support proper ventilation required for the laboratories. It was on WSU’s list of major construction projects for several years.

“The laboratory spaces there made it very challenging to carry out modern chemistry research,” said Kirk Peterson, chemistry department chair.

The renovation project changed many interior aspects, at one point, the entire building was gutted out and completely hollow. Existing heating, ventilation, and air-condition systems were replaced to support the new, more sophisticated laboratories.

Both the Department of Chemistry and the School of the Environment now occupy the new building. The School of the Environment is on the third floor, along with a department classroom on the ground floor, and four new chemistry laboratories on the first and second floors. An addition was built onto the exterior wall of Troy Hall that holds 10,000 square feet of office space.

Peterson said the motivation to move was because of the poor ventilation in Fulmer Hall. They wanted to get as many labs out of there as possible so they could continue research, he said.

“We almost had to close general chemistry laboratories in Fulmer due to insufficient ventilation,” Peterson said.

Troy Hall is nearly one-hundred years old. Originally, it was the dairy building, home to WSU’s Creamery, Ferdinand’s Ice Cream Shoppe. The building is named after a dairyman from Port Townsend, David Troy, who later became a state representative and state senator.

Correction: The chemistry labs in Fulmer Hall did not move to Troy Hall. New research labs have been built in Troy Hall.