The weekend is exciting, stressful for local businesses 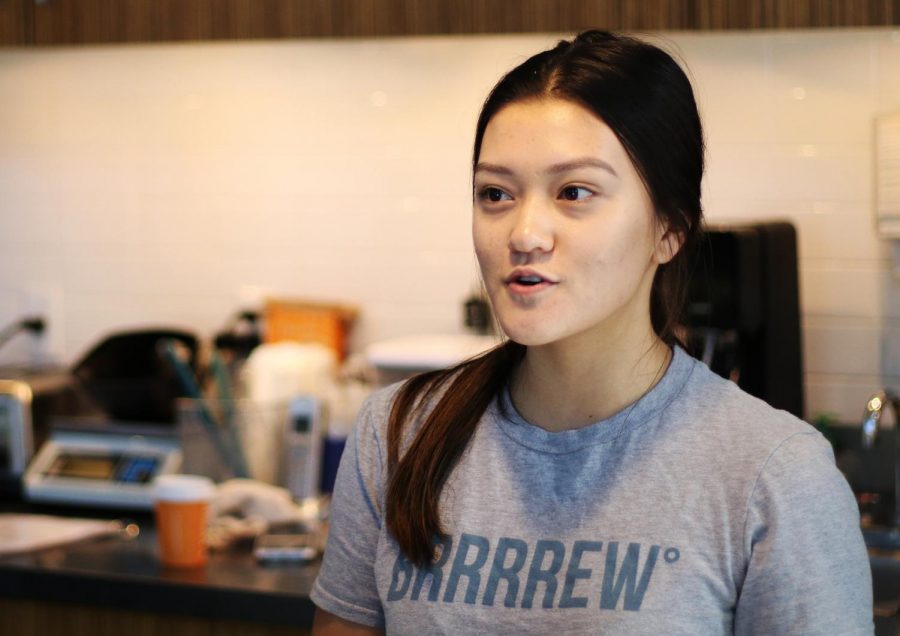 Tam Nguyen, a barista at Thomas Hammer, talks about how the business prepares for the influx of customers during the upcoming Dad’s Weekend.

With Dad’s Weekend around the corner, local businesses throughout Pullman are preparing their stores and crew for the rush.

The Daily Grind, Thomas Hammer, Rico’s Public House and Porchlight Pizza are a few spots in downtown Pullman that have been through the busy weekend before.

Employees from each business agreed that overstocking food, making sure there is a solid schedule and enough staff is important when prepping for the weekend.

In addition to making sure there will be enough food and staff for the weekend, employees at Thomas Hammer get a pep talk before the big weekend.

“We do what we can to get everyone their coffee as quick as we can, but still have it be a nice cup of coffee,” Thomas Hammer Barista Tam Nguyen said.

Despite the rush of it, employees enjoy the weekend. Daily Grind Manager Tami Grady said the dads are some of the best customers they get.

“The dads are awesome,” she said. “They’re generous to their children as well as the workers.”

Rico’s Public House owner Tawny Szumlas enjoys Dad’s Weekend as well and thinks the dads are nice and laid back.

“Service is a two-way agreement,” she said. “The thing about Dad’s Weekend is that they’re already happy and going out for a joyous moment, so we tend not to get the major complaints. It makes service easier.”

Nyberg said that while the weekend can be draining, the challenge is fun.

“I like to see the whole process,” he said.

Although Dad’s Weekend can be a crazy time for the employees, they do not feel overwhelmed by the mass of students and parents that come in for the university-sponsored weekend. They all agree that WSU caters well to the students and parents, not leaving too much on local businesses plates.

“WSU does a really good job preparing for and creating events,” Szumlas said.

In addition to the help of the university, Nyberg thinks the social media age is also helpful.

“They have the ability to see what is available and pick and choose,” he said.

As for food and drink items that are popular during the weekend, it is different for each business. Burritos from the Daily Grind, beer and scotch from Rico’s, fall drinks from Thomas Hammer and the Popeye pizza from Porchlight are all expected to be popular sellers throughout the weekend.

Along with a boom in business, employees also look forward to connecting with the dads and having a break from the regular routine throughout the weekend.

“The whole atmosphere is a lot of fun,” Nguyen said.