Administrators must be transparent about budget cuts

Affected students, faculty, staff need to be told about cuts before they are finalized 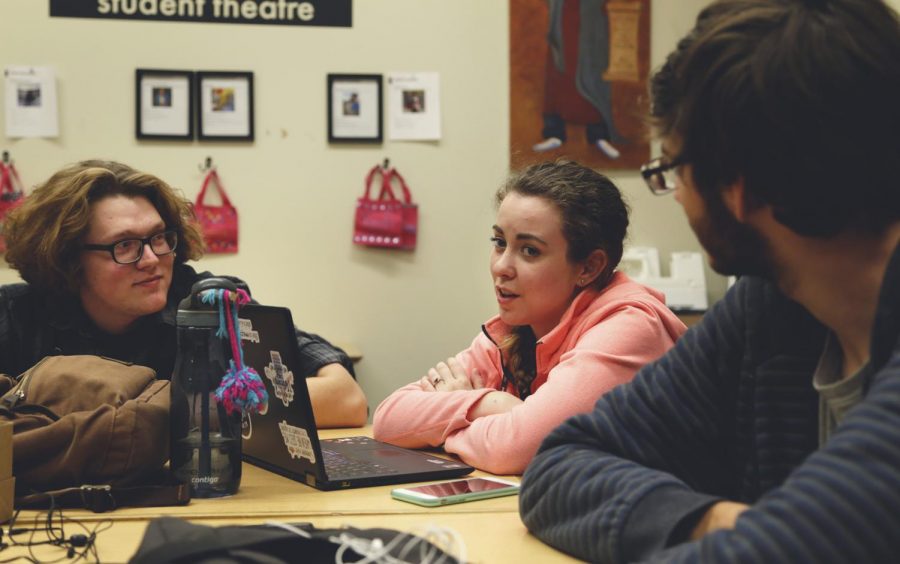 From left to right: Jared Braswell, Aryn Allen and Jacob Kiehn, students and active members of WSU Performing Arts, voice how the loss of department funding has affected them.

Despite the drastic and life-altering changes that will be made to WSU as a result of recent spending reductions, these budget corrections will ultimately help the university in the long-run.

Some might say the reductions are too harsh and will affect the community’s way of life too greatly to be warranted. Those critics are correct in saying there will be an impact, but more attention should be focused on the limited notice the university gave those affected.

Over the past few years, WSU spent much more than it brought in. This forced the administration to draw from university reserves to close the gap between income and expenditures. Budget reductions were inevitable — the only debate was where and how those reductions would manifest themselves in university operations.

Phil Weiler, vice president of marketing and communication, said all departments must reduce spending by 2.5 percent each year for three years, for a total reduction of 7.5 percent. Temporary positions and positions whose contracts are set to expire will be the first to go.

“What we’ve tried to do is avoid [eliminating], if at all possible, any kind of a position that provided service to students,” Weiler said. But WSU administrators didn’t involve students, who are the most impacted by spending reductions.

If the administration wanted to protect student interests, why wouldn’t part of the process be to reach out to student government and organizations to explain and build support for the across-the-board cuts?

Performing Arts Director Gail Siegel said the four Performing Arts faculty were notified by their supervisors early on Oct. 23 that the program and their positions would be discontinued after the season ends.

“The email from President Schulz was sent out to the university community several hours later,” she said. “That was the extent of the dialogue.”

University officials should have reached out to Performing Arts sooner in the process and attempted to negotiate the program’s continuation by cutting only the most expensive aspects.

Weiler said most of the program’s budget was spent on showcasing expensive, outside performers, while only a small portion was spent on student productions.

Negotiations between Performing Arts and WSU administrators could have trimmed away the expensive parts while maintaining student involvement, instead of cutting the whole program.

“I don’t believe that the staff salaries are necessarily coming out of reserves,” Weiler said, “but I think that the operations, the money to pay the bands to come and perform, to provide the sound equipment, light equipment and all the other things it takes to put on a performance, I think that’s where ultimately the ticket sales don’t bring in enough money to cover the cost of bringing the act to the Palouse.”

Weiler later wrote in an email stating that all Performing Arts’ salaries and expenses are funded out of university reserves.

The administration needs to be more transparent about its budget decisions and include students, faculty and staff on processes that will inevitably affect them. The WSU community has a right to know about impactful budgetary plans before they are enacted.

University officials need to be accountable for their actions and allow the community the opportunity to respond to their choices.

When solving budget problems, fairness does not always mean equality. Smarter decisions could have been made with the help of student involvement and could have resulted in the continued existence of programs that enrich the WSU community.

Do what has to be done with the budget, but keep students involved if you truly want to serve us.

Editor’s note: This column has been updated to provide context to Phil Weiler’s comment on the Performing Arts program budget.