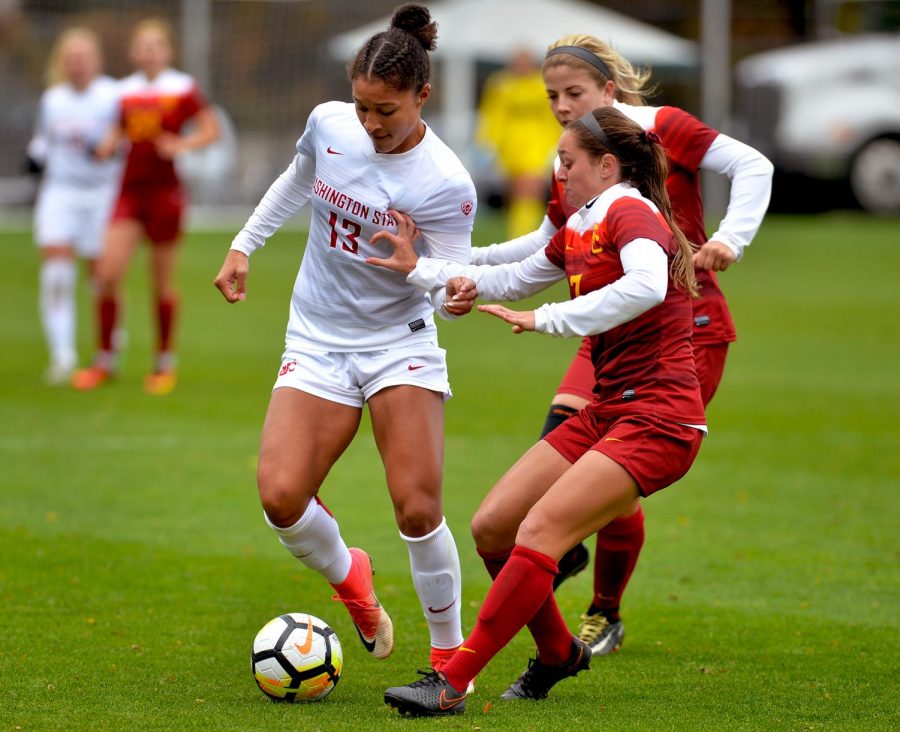 WSU soccer (9-7-2, 4-6) travels to Seattle to face rival University of Washington (9-8-2, 2-6-2) for its last game of the regular season. Having played both Arizona and Arizona State last week, the Cougars prepare to win their 10th game of the season against the Huskies.

Both WSU and UW have shared its last four opponents, playing against University of California, Los Angeles; University of Southern California; Arizona and Arizona State. The Huskies lost each of those games, and recently fell in a shutout to No. 2 UCLA.

During their last game, the Huskies lost to the Sun Devils. UW had longer possession of the ball in their loss, and took more shots than their opponent, but could not find the back of the net, according to Washington Head Coach Lesle Gallimore.

“We’ll regroup and focus on beating Washington State, and hope we get a chance at the postseason,” Gallimore said according to UW Athletic Communications. “That’s what we are working for, and I believe when we put our best 90 [minutes] together, we are a very good team.”

Washington carries a five-game losing streak into the match, and scored a total of two goals in the month of October.

On the other hand, WSU took down the Bruins by a score of 1-0 in Pullman for UCLA’s first loss of the season. This came before the Cougars challenged No. 6 USC and the Arizona schools. WSU emerged with two wins and losses in its final four games.

“Anytime you can pick up a win and three points on the road, it is big,” WSU Head Coach Todd Shulenberger said according to WSU Athletic Communications. “I am super proud of this team.”

Despite conceding early against the Wildcats, the Cougar players took shots often. However, the team could not find an opening.

WSU sophomore forward Morgan Weaver led the Cougs in the shot category in her previous game but failed to score. The team will look to finish their attacks and find the back of the net against the Huskies.

Redshirt junior goalkeeper Ella Dederick and her defenders also hope for an early lead against Washington. Dederick totaled five saves in the match against the Wildcats.

Despite its sub-optimal conference record, WSU can still make the postseason. Coming into this week’s game against UW, the Cougars sit at seventh place in the standings — just inside the bubble for postseason eligibility.

The rivalry game in Seattle is scheduled to start at 7 p.m. Friday in Husky Soccer Stadium, and will be broadcasted on Pac-12 Networks.