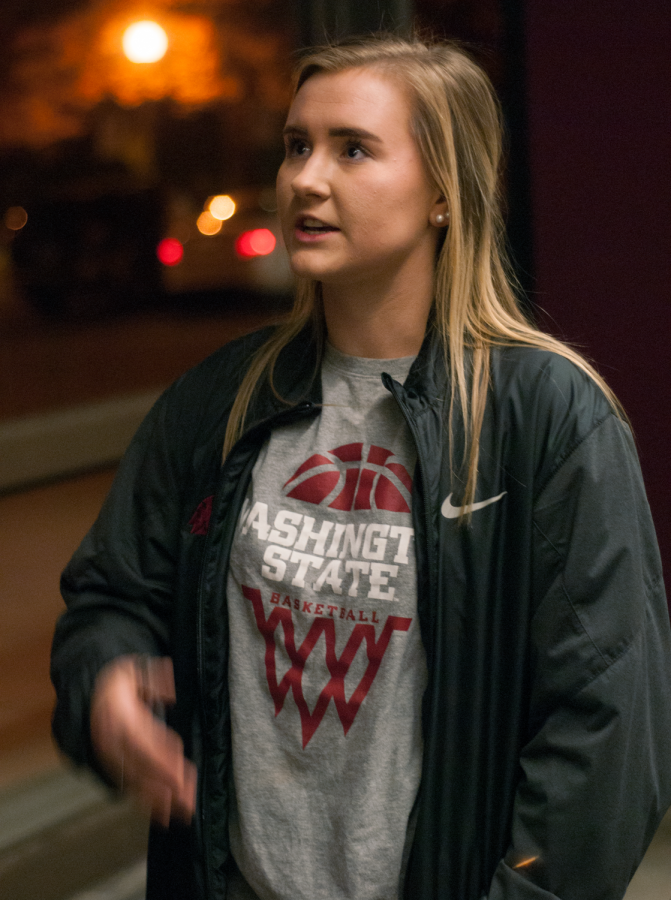 The ZZU CRU serves as the hype builders for university athletics across the WSU Pullman campus.

The student-run ZZU CRU is more than just a student section. Their affiliation with the athletic department is designed to help market WSU Athletics. ZZU CRU President Madison Hedding has been a part of the leadership for all three years that the organization has been student-led.

“[WSU Athletics] brought us on board to have a student perspective and for students to plan ZZU CRU,” Hedding said. “Our main goal is to increase our student section. Not just the awareness, but how successful our events are and getting our brand out.”

Hedding doesn’t want ZZU CRU to take the credit for the increase in sports passes, but she has seen increases in turnout for their events like “Weekend at Ernie’s” and “ZZU MANIA.”

“I remember when I started I would tell people to come out for ZZU CRU and they would say, ‘What’s ZZU CRU?’ ”she said. “Now, if I say I work for ZZU CRU, people are like, ‘Oh you work for ZZU CRU? That is so cool.’ ”

A large reason ZZU CRU has seen such a jolt in turnout is its effort to create brand awareness via social media. Social Media Manager Steven Strobis is the puppet master behind all of ZZU CRU’s social media activity.

“I have tried to give ZZU CRU a personality, if that makes sense,” Strobis said. “It’s not a 40-year-old administrator in the athletic department trying to relate to the students. It’s 20-year-old me, who is a junior, relating to the students.”

The position of social media director is always on standby. Strobis is always on the lookout for a backhanded comment from a University of Washington fan, and it is a guarantee he will promptly fire back.

In spirit of the WSU vs. UW rivalry that ZZU CRU passionately embraces, it is important to note that the ZZU CRU has more than 2,000 more followers on Twitter than its rival, The Dawg Pack.

“ZZU CRU is getting more popular as people are starting to come to more events,” Hedding said. “We’re all a bunch of college kids who sleep at the same place, eat at the same place and are all Cougs. When you get that culture going, more people want to be a part of it.”