WSU archivist, others glean some answers from additional documents 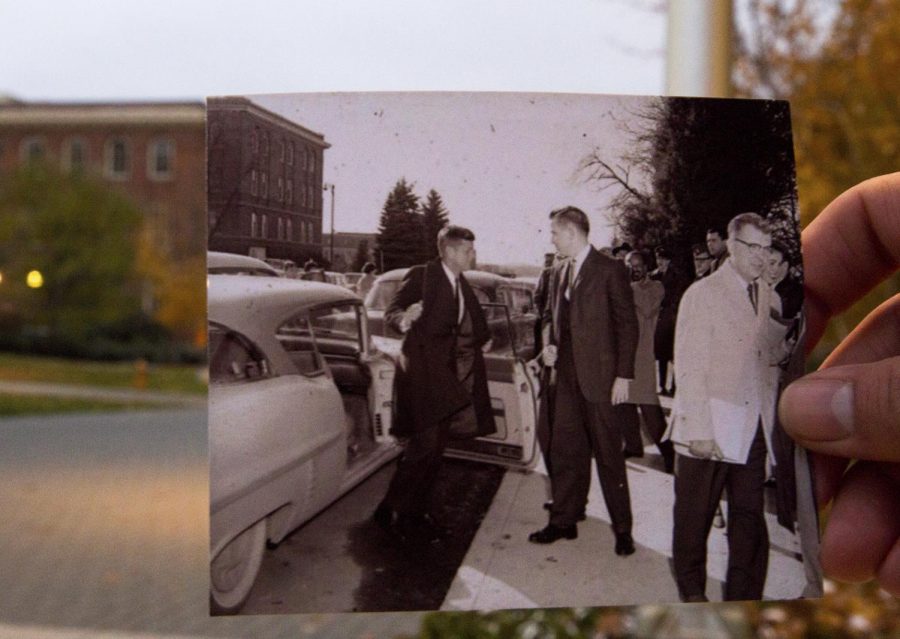 Hundreds more documents related to former U.S. President John F. Kennedy’s assassination were released by the National Archives and Records Administration on Friday, after the initial release of over 2,800 documents on Oct. 26.

The documents seemed to confirm initial findings put out by the Warren Commission the year after the assassination, said Robert Franklin, an instructor and archivist working on the Hanford History Project at WSU Tri-Cities.

At the time, the Warren Commission, which was established by President Lyndon B. Johnson to investigate the assassination, had found that Lee Harvey Oswald had acted alone and the CIA was not involved in the shooting.

“It’s a long process to ensure public accountability. I was introduced to this event in a skeptical vein,” Franklin said of Roger Stone’s “JFK,” a movie he had watched in a high school history class centered around Kennedy conspiracy theories, “and I have always personally doubted the findings of the Warren Commission.”

Even with the substantive findings produced by the documents, Franklin said the event remains somewhat of a mystery. He said the public’s fascination and curiosity is indicative of something more than a penchant for conspiracy theories swirling around the fateful day from more than half a century ago.

“The question is deeper than ‘Who killed JFK?’ and ‘Was there a cover up?’ he said, “Because in some way this turned into a referendum of the trust we have in our government.”

He pointed to the spies and secret programs of the Cold War, and the fundamental shock that the country had collectively felt upon the revelation that the president, who was a cultural figure as much as he was a political figure, could be “murdered in cold blood.”

“Combined with the paranoia of the Cold War, I think the bigger question is ‘Do you trust the powers that be?’” Franklin said. “For many Americans, that answer is complicated.”

As an archivist, he found the slow rollout of some of the most sought-after archive sources in U.S. history understandable — the National Archives and Records Administration is severely underfunded and tasked with a vast amount of work digitizing, copying metadata and building the web interface, he said.

“But rarely do you have large numbers of the public beating down the door,” he said, “or in NARA’s case crashing the website, for new documents. It speaks to the continued interest and fascination the American public has with this event.”

Released material includes transcripts of intercepted phone calls by Oswald, who was already under watch by the CIA for joining the Soviet Union, to Mexico City’s Russian and Cuban embassies weeks before the shooting, the Dallas Morning News reported.

The KGB, the security agency of the Soviet Union from 1954 to 1991, was thought to be involved because Oswald was married to a Russian woman and a resident for some time before the assassination.

“The documents seem to reveal that the USSR had no dealings with Oswald,” Franklin said, “and that the Cubans were similarly confused and not behind the assassination.”

Hugh Aynesworth, a reporter for The Dallas Morning News, was off-duty enjoying the event, when he heard the shots as he watched the motorcade. He interviewed witnesses and eventually followed Oswald into the Texas Theater. He is the only person to witness not only Kennedy’s assassination, but also Oswald’s arrest and subsequent assassination.

“I do not believe there was any evidence of a conspiracy,” he said in a Q&A at the National College Media Convention held in Dallas the week the documents were released. “Of all the people in the industry, who do you think would have liked to break the story?”

Even some students at WSU believe that there is some conspiracy surrounding Kennedy’s assassination.

During a history class called “50th Anniversary of the JFK Assassination,” taught by the late Scott Stratton in the spring 2013 semester, only one of 30 students in the class concluded Oswald had acted alone.

Stratton told WSU News that he designed and taught the class himself, but was unsure if students would be interested in the matter, as most of them hadn’t been born when Kennedy was shot.

“I wasn’t sure if they’d comprehend its significance,” he said in the WSU News release. “Here we are a half-century later and there’s an avalanche of new books, TV specials, movies and documentaries about the assassination.”

Gallup polls have tracked national opinion since the shooting. In the same year Kennedy was assassinated, 52 percent of Americans believed there were others involved.

The 676 records were made public just now because intelligence agencies requested more time to review potential national security concerns. Additional thousands of documents are withheld for similar reasons, and are set to be released by April 26.

“To further address these concerns,” President Donald Trump wrote in a memorandum on the day of the initial release, “I am also ordering agencies to re-review each and every one of those redactions over the next 180 days.”