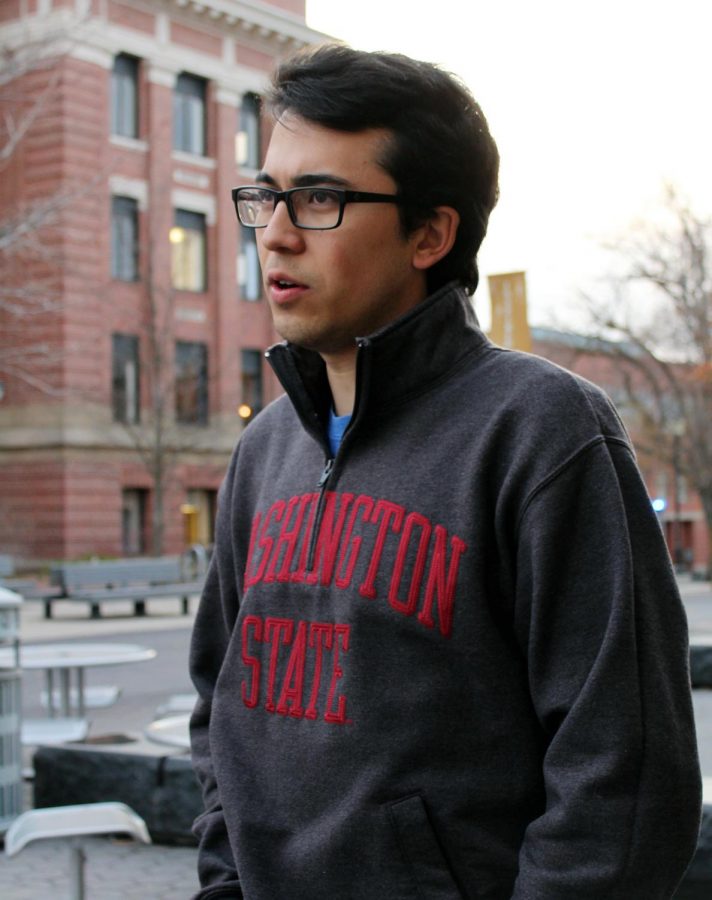 Harald Hyllseth, ASWSU senator for the College of Communication, talks about why he thinks the GPA required to join ASWSU should not be raised.

Grades should not be a factor when determining the quality of a candidate, because leadership ability should be measured by characteristics that extend beyond performance in the classroom. For example, ASWSU senators voted against a bill that would raise the minimum required GPA for Senate membership from 2.3 to 2.5 last week.

Some senators have said a 2.3 requirement is too low and does not reflect the standard of excellence WSU students are expected to achieve. Others mentioned how these requirements do not align with those of other student groups.

Gavin Pielow, an all-campus senator and author of the GPA bill, said, “To be an [resident adviser], I believe it’s 2.5. To be in the athletic programs, 2.5. To be an orientation counselor, 2.5. To be in [Interfraternity Council], it’s 2.9, and so I strongly believe that 2.3 is inadequate.”

Pielow expressed concern that as senators’ GPAs typically drop one or two points after being elected, a 2.3 GPA requirement is so low that a candidate would be at risk of falling below the university required 2.0 if they were elected.

However, the GPAs of Senate candidates are not displayed on position applications or resumes when they are being considered, College of Communication Sen. Harald Hyllseth said.

“We’re not supposed to take into account what their GPA is going into how we judge them,” he said.

Not being able to see an applicant’s GPA focuses people on aspects of the candidate’s character that have more to do with how they will perform in a given position than grades. Grades shouldn’t carry the same weight as factors like personal experience in leadership positions.

“You should judge your representative off of what they do for you,” Hyllseth said.

While ASWSU ought to set high standards for the rest of the student body, these standards should be qualities like how effective they are in office, their leadership abilities and empathy. Leaders come from all walks of life and academic levels. Restricting who can be a candidate based on grades is the wrong metric for judging leadership aptitude.

“Having leaders who can talk to people, people who can see the details, people who can think inside and outside of the box —  these are all skills that I don’t think ever get really quantified by traditional education,” Hyllseth said.

These traits, while not always indicative of an official’s academic ability, are certainly better predictors of that student’s character and should matter more than grades alone.

Despite the lower requirement that ASWSU has, in the opinion of some senators, raising it would exclude students from the opportunity to participate in government. There needs to be a balance between inclusion and competency.