Proposal would count tuition waivers as income, increasing tax rates for some students 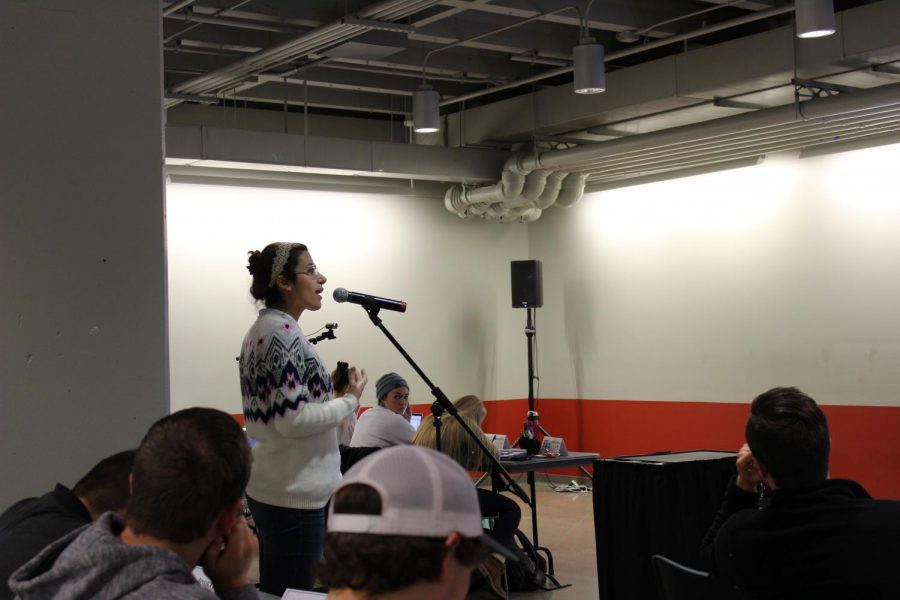 In an effort to overhaul the tax code, Congressional Republicans have proposed categorizing tuition waivers as taxable income, a provision that would severely impact graduate students.

Josh Munroe, Graduate and Professional Student Association’s vice president of Legislative Affairs, has been talking with students about how the new tax law could affect them and calling lawmakers, hoping to get the language removed.

“This bill in its current form is not based on any ethical or moral basis,” Munroe said, “or even what people would traditionally think of as fiscal conservatism.”

Classifying a tuition waiver as taxable income, he said, would move recipients up a tax bracket, increasing the rate they pay. A student bringing in between $15,000 and $20,000 in stipends could be taxed as if they were making around $30,000 to $40,000, Munroe estimated.

“It’s kind of crazy to think people would have to take out loans just to pay their taxes,” Munroe said.

Graduate students are not the only ones who receive tuition waivers, but they are the majority. Munroe said taxing tuition waivers would have a disproportionate effect on certain populations of graduate students, such as international students and those who qualified for the Deferred Action for Childhood Arrivals program, a government program protecting undocumented students brought to the U.S. as children.

“A significant percentage of our graduate students are international students and they just don’t have the same options for taking out loans or finding other types of assistance,” he said. “Same is true for students of different immigration status, like DACA recipients.”

Julia Smith, a doctoral candidate in the School of Politics, Philosophy and Public Affairs, said the proposed taxes could have far-reaching impacts, beyond what happens to graduate students.

For example, children of faculty and staff are eligible for tuition waivers, she said. A professor or a custodian would see their income taxes go up if a financial dependent of theirs accepted waivers. Also, their taxes would go up even more if multiple dependents accepted waivers.

“To classify that as income is incredibly — I don’t want to use the word insane — but it’s nonsensical,” Smith said. “It’s never money we have.”
Introducing this tax would hurt many pursuing higher education, she said, but it would also hurt parts of the economy that depend on those with graduate degrees.

While the House Ways and Means Committee approved the bill late last week, the Senate proposed its own version that left out provisions to tax tuition waivers. It is up in the air whether those taxes will make it into the final bill. With more high-profile issues dominating the debate, Munroe and Smith said it could be hard to ensure students’ interests are considered.

In an email sent to faculty late last week, interim Dean of the WSU Graduate School Lisa Gloss wrote that the tax benefits for assistantships and teaching positions could now become a liability.

Minimum recommended stipends are $14,166 and $15,030 for an academic year respectively, according to the email. Additional taxable income would be for the tuition waivers, $10,900 for in state and $24,300 for out-of-state. She said this could increase tax income for graduate students 70 or 170 percent.

Glynda Becker, the university’s director of Federal Relations, said WSU has worked with University of Washington lobbyists in Washington D.C. to get the language removed from the bill.

Republican Congresswoman Cathy McMorris Rodgers, whose district includes Pullman, called the tax reform bill “must-pass legislation,” in a news release.
The bill, commonly called the Tax Cuts and Jobs Act, aims to cut taxes for low- and middle-income Americans so they can save up for college, according to the release, rather than provide assistance once they enroll. The bill’s proponents point to tax cuts for businesses, arguing employers with more money can hire more people.

“While Cathy McMorris Rodgers has talked on social media about how this bill might help small businesses,” Munroe said, “certainly, it is overlooking a great swath of other groups.”

Correction: An earlier version of the story stated that the House of Representatives passed the bill, it has only passed the House Ways and Means Committee.