Through the Rooms of Resistance tour, students were able to empathize with misrepresented groups 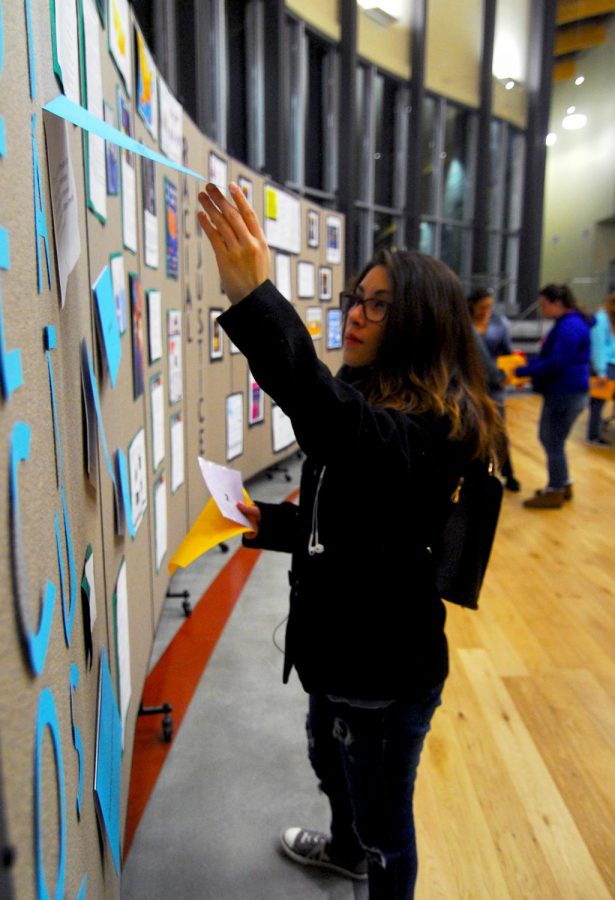 Freshman Julia Galindo reads information on socioeconomic status displayed for students waiting for their tour through the Room of Resistance.

Students got a glimpse into the experiences of marginalized populations through the “Rooms of Resistance” tour in the Elson S. Floyd Cultural Center.

The tour allowed students, who may not have experienced discrimination or oppression, to engage in conversation about harassment on WSU’s campus.

Residence Life coordinated the event along with other groups. Alex Burkholz, residential education director of Stephenson East, said this tour helps students honestly discuss campus climate issues. The event incorporated various activities for students to engage in to benefit all types of learners.

“Some learn by hearing, others by watching,” Burkholz said.

Guides introduced and discussed social concepts such as gender identity, gender expression and sexuality with the group.

Formerly titled “Tunnel of Oppression,” “Rooms of Resistance” communicates the same educational concepts as before, but offers slightly different learning techniques. Burkholz said they renamed the exhibit to get people interested in what it has to offer.

During the tour, a guide led students through real-life scenarios of sexual assault to create meaningful dialogue and empathy.

After participating, junior Nathan Senff said he believes that education about sexual assault is key to supporting survivors, as well as to prevention. He said making people aware of the seriousness of sexual assault and letting them know where they can go for help is important.

“People think [DACA recipients] are getting a free ride into the U.S.,” Roberts said.

He said he thinks that expanding knowledge of DACA will eliminate confusion and help debunk misconceptions.

Before and after the tour, in the Grand Atrium of the Elson S. Floyd Center, students perused resources, such as a bulletin board full of graphs and information about misrepresented topics ranging from poverty-stricken communities to veterans and gun violence.

The words “racial justice” and “socio-economic status” were posted around the room as students and their peers engaged in discussions about becoming open-minded to new perspectives.

“People need to bring more positivity into life rather than negativity,” Senff said.

The tour was also hosted by Multicultural Student Services, Alternatives to Violence of the Palouse and the Gender Identity & Sexual Orientation Resource Center. The last “Rooms of Resistance” tour will be held from 5 – 9 p.m. Tuesday at the Elson S. Floyd Cultural Center.