He hopes to preserve insect by promoting sustainable gardening 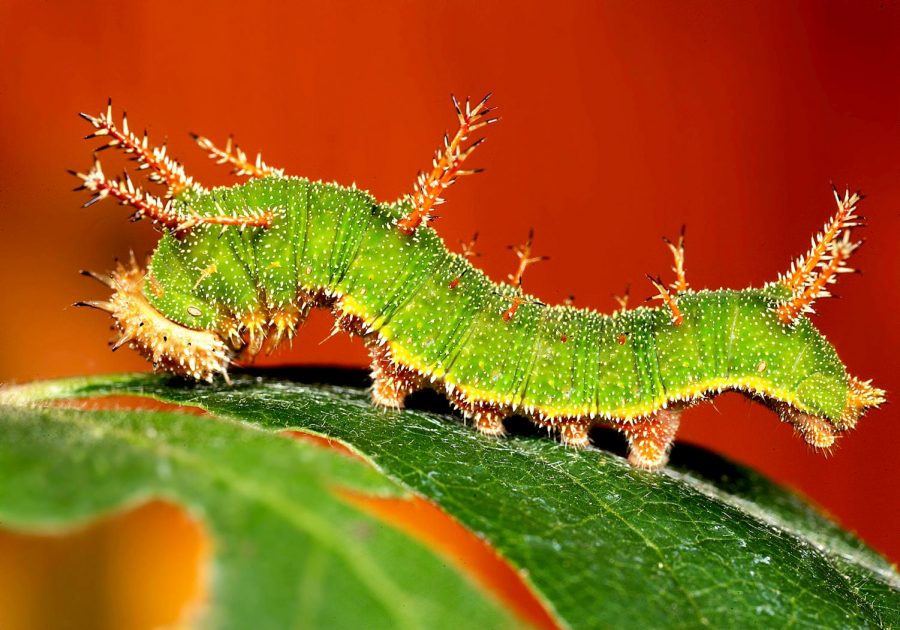 Adelpha Californica is commonly found in California and can change colors to protect itself from predators.

In a backyard garden in England, curiosity led an eight-year-old David James to find a fuzzy caterpillar. He decided to put it in a jar, feed it and watch it transform into a moth. That’s when he knew he wanted to be an entomologist.

Ever since that day, caterpillars have always had a special place in his heart. Now, a researcher at the WSU Prosser Irrigated Agriculture Research and Extension Center, has recently published a book, “The Book of Caterpillars: A Life-Size Guide to Six Hundred Species from around the World.”

He said his book is designed to be both informative and enjoyable. Each page displays caterpillars from around the world to show diversity in form and function. Readers will learn about the origin, biology and importance of each caterpillar, equally divided into moths and butterflies, along with a life-size picture.

The purpose of this book is to inform the public about the attributions caterpillars play in ecosystems. Most people view caterpillars as pests, but without them the world’s ecosystem would collapse, James said. Caterpillars are food for many predators and humans. In Africa and India, caterpillars are used as a protein food source, he said.

“There is more protein in a caterpillar, than there is in most agriculture livestock,” James said.

The book creates “awareness” to the generally public about the declining populations and the importance of caterpillars in the ecosystem around the world. It draws attention to the positive characteristics of each species to educate the public.

“We can all help bring caterpillars back by making our gardens friendlier to them,” James said, “by growing the plants they need and not using pesticides.”