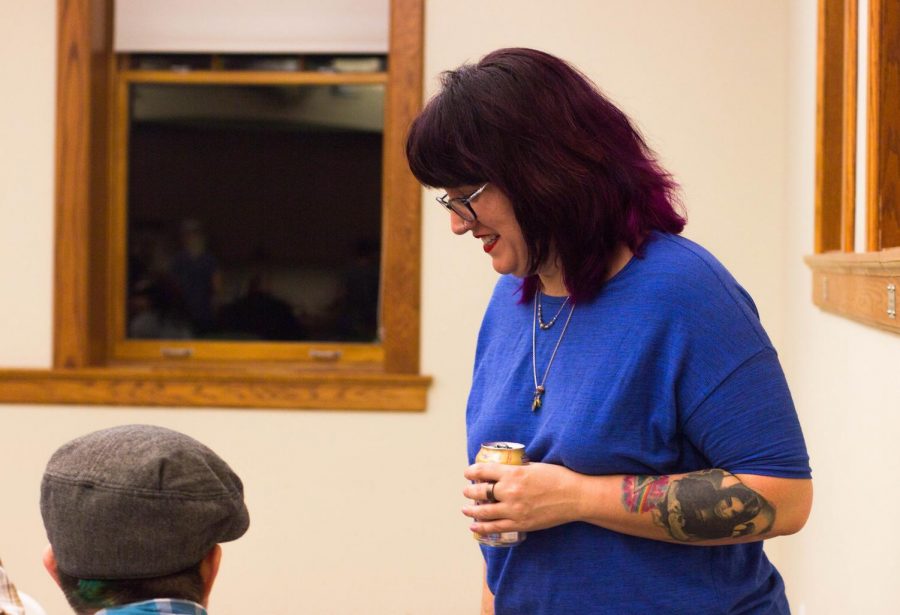 An all-inclusive monthly potluck hosted by Inland Oasis, called Rainbow Families, focuses on building a family-friendly network of resources for those who identify as LGBTQ and their allies.

Following many successful events held by Inland Oasis, Krauss met with other event coordinators to discuss what more the group could do for those who did not or could not attend their previous occasions, she said.

“Ultimately, we decided that we don’t have as strong of a community as we would like,” Krauss said. “People that identify on the LGBTQ spectrum move here and have a more difficult time making friends.”

Many of them also may feel they don’t have access to resources, she said. Upon this realization, Krauss worked with a past Inland Oasis colleague, Lisa Laughter, who came up with Rainbow Families, she said.

The event was well-timed with the upcoming holidays, Krauss said, which can be the most challenging for LGBTQ families. Reestablishing a new support system can be difficult for those who have moved away from their hometowns and extended family members.

“We are in a more conservative region of the state,” Krauss said. “Although we like to think we’re progressing, it’s still not as easy as we like for families to integrate into this kind of area.”

The goal of Rainbow Families is to combat this challenge. Families of all identities are welcome to make new friends in the Moscow-Pullman area, Krauss said.

For one night a month, the expectation to cook dinner is replaced with a family potluck. Prior to the event, Krauss made sure there were enough board games and food for everyone to feel comfortable and relaxed, she said.

Bri Brentner, a Moscow High School student and vice president of her school’s Gay-Straight Alliance, explained the importance of Rainbow Families and promoting discussion among families.

“I think it’s important to feel like you’re not alone,” Brentner said. “It definitely helps to make friends who are like you in some way, and it helps when those friendships are made in a family-friendly setting.”

Monthly drag bingo games, during which drag queens and kings dress up and perform for those playing bingo, as well as the pride parades in Moscow, instill a sense of unity and diversity in the community, Brentner said.

Vince Holbrook, also a student at Moscow High School and the GSA public relations representative, said there is strength in numbers in showing people the welcoming nature of the LGBTQ group.

“Those events were a lot of fun and promoted the diversity we always want to see in the LGBTQ community,” Holbrook said, “but they weren’t very family-oriented.”

Krauss noticed the number of families within Moscow who couldn’t attend because the drag bingos ran past the bedtimes of their younger children, she said.

Rainbow Families hopes to increase discussion of the issues still facing the LGBTQ community as time goes on, Krauss said.

Rainbow Families meetings are at 5 p.m. once a month in the 1912 Center, and the date is determined each month via their Facebook Page.