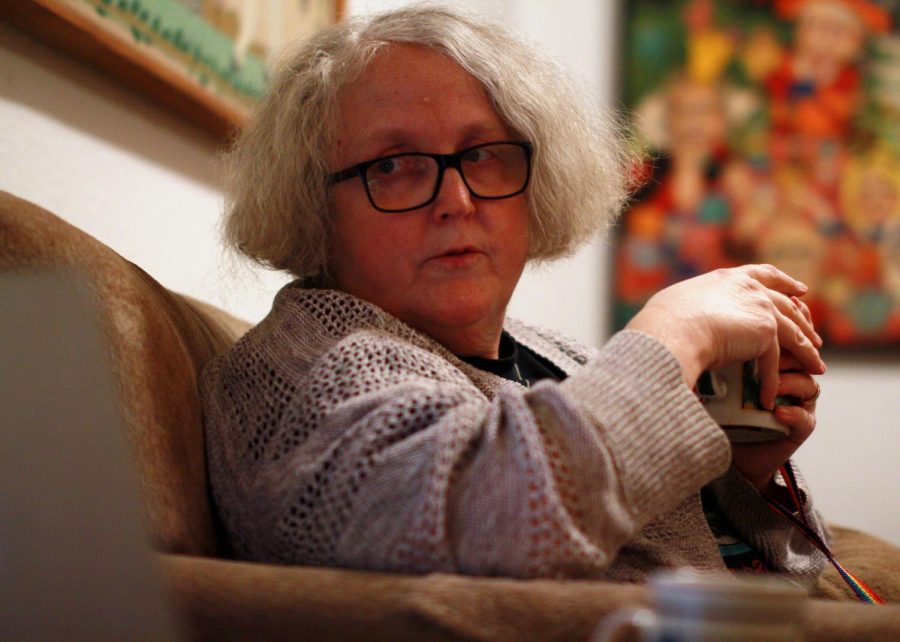 Elizabeth Siler discusses the petition to reduce the salaries of upper-level WSU employees with co-writers Desiree Hellegers and Lynn Gordon in a video call Saturday evening in her home.

More than 500 current and former WSU faculty, staff and students have signed a proposal as of Sunday to balance the $30 million budget deficit by cutting the salaries of administrators that make six figures a year by at least 10 percent.

Professors with salaries falling within the ranges outlined by the proposal are exempted from the salary cuts, the three English professors, Elizabeth Siler, Desiree Hellegers and Lynn Gordon, who published the proposal last Wednesday said.

They are concerned about administrative bloat and high salaries for positions they say are effectively syphoning off resources from the core missions of the university: teaching, research and service.

“Higher paid professors are higher paid for a reason — they generally do exceptional research,” said Elizabeth Siler, a clinical assistant professor and English as a Second Language specialist.

Historically, professors have carried out many of the same functions that administrators now perform, though at substantially lower cost to the university and to the state, said Desiree Hellegers, an associate professor at WSU Vancouver.

“In fact,” Hellegers said, “much has been written in the past decade about the fact that the expansion of administrative layers substantially undermines faculty governance, which is one of our concerns.”

Gordon said the administration should not be cutting frontline positions that deal with students, but instead from administrators whose livelihoods would not be significantly impacted by salary cuts.

“It troubles me, going back to the beginning, that the response to the need for money, was instantly to think about cutting programs,” she said. “If you’re just going to make a list of the things that go to the university, it’s hard to think of a worse set of things you can aim. If you’re thinking of saving money, why not look at the people that have the most?”

The proposal states that at least 21 of the 36 WSU employees that make over $300,000 are administrators.

The writers used government officials’ salaries, such as the U.S. president’s $400,000 salary, as benchmarks of comparison.

The proposal was also based off of salaries listed on the Washington state government employee salary page, not including any additional internal or external grants, as well as subsidies employees may receive.

According to a WSU News release from April 2016, WSU President Kirk Schulz was approved to receive a base salary of $625,000 annually by the WSU Board of Regents. Washington state employee salary data lists John Tomkowiak, dean of WSU’s newly-opened medical school, as making $507,400 in 2016. WSU Provost and Executive Vice President Dan Bernardo makes $454,000.

WSU Vice President of Communications Phil Weiler said every department is expected to reduce its spending by 2.5 percent, and pointed to reducing travel expenses and keeping vacancies for additional positions open for as long as possible, the salaries of which will count as money saved by the university that fiscal year, among other efforts of university leadership to save money.

Faculty and staff make up approximately 85 percent of the university’s budget, Schulz wrote in his Oct. 23 memo.

“Faculty and staff are receiving 1 percent salary increases each year for the next two years,” Weiler said. “Senior administrators are not receiving these increases in recognition of the need to reduce spending.”

He encouraged faculty and staff to discuss how to best meet the 2.5 percent savings goal set by Schulz with their departments’ leadership. He also said the university is looking into building a website to collect faculty input as well.

“Rather than a decision being made centrally,” Weiler said, “each president, vice president [and] dean determines the department’s budget, minimizing unintended consequences to people actually delivering services.”

To comply with Schulz’s mandate, the Voiland College of Engineering and Architecture will reduce some teaching and research assistants’ minimum monthly stipends by anywhere from 16.5 to 19 percent.

“Thus — while it is a very difficult and agonizing process,” Schulz wrote, “it is inevitable that we must eliminate and restructure some positions and units in order to get our budget in balance.”