Some feel administrators should share weight of spending reductions 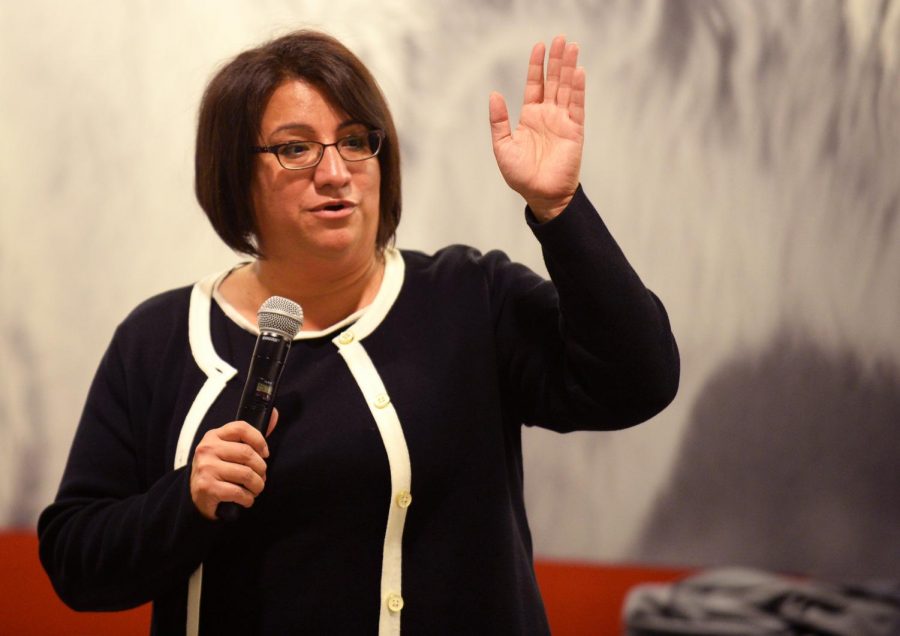 Vice President of Student Affairs Mary Jo Gonzales says the university is working on reimbursement for RDA and all residence and dining halls will remain open.

Gonzales addressed concerns over WSU President Kirk Schulz’s October memo stating that WSU would have to reduce its spending by $10 million for three fiscal years in a row to avoid depleting its reserves.

Among Schulz’s directives were across-the-board spending cuts of 2.5 percent, eliminating the Performing Arts program and requesting that departments keep vacant positions open as long as possible, despite the administration seeking to fill its own vacant, high-paying vice president positions.

“My last resort will be to ask for fee increases,” she said. “We are going to do everything we can [to avoid enacting new fees].”

As of last week, more than 500 current and former WSU faculty, staff and students had signed a proposal to cut administrators’ six-figure salaries by at least 10 percent.

One senator asked Gonzales’ thoughts on the proposal.

Since Schulz’s budget memo, Mary Rezac, dean of the Voiland College of Engineering and Architecture, announced some teaching and research assistants would lose portions of their stipends.

“That would have not been a choice [Schulz] would have made, and his intent is to not let that happen in the future,” Gonzales said.

Later in the meeting, GPSA Vice President Amir Gilmore reported that the School of Mechanical and Materials Engineering was able to dull the impact of the stipend cuts, but not avoid them entirely. Rather than receiving $537 per month less, as originally planned, affected teaching assistants and research assistants would see a $250 decrease.

“Still terrible,” Gilmore said. “I guess just not as terrible.”

College of Arts and Sciences Sen. Ta’Boris Osborne worried the administration would not follow through on its verbal commitments to support graduate and professional students. He wanted more concrete promises to protect graduate students, who he already sees as vulnerable.

“We can talk and we can talk all day but until pen is put to paper, nothing is going to be done,” Osborne said. “The [administrative salary cut] proposal floating around looks promising, but I don’t think anyone in the administration is going to pay attention to it.”

While he conceded that the proposed 30-percent cut for the highest-paid administrators was severe, Osborne said the spending cuts were disproportionately affecting the wrong people.

“I think the majority of the burden should not be on the people who are paid the least,” he said, referring to stipend-reliant graduate students. “I don’t think that’s ever an acceptable option.”

Correction: RA in this context stands for research assistant, not resident adviser.