Chandler Tiegen no longer ‘getting dusted by others’ 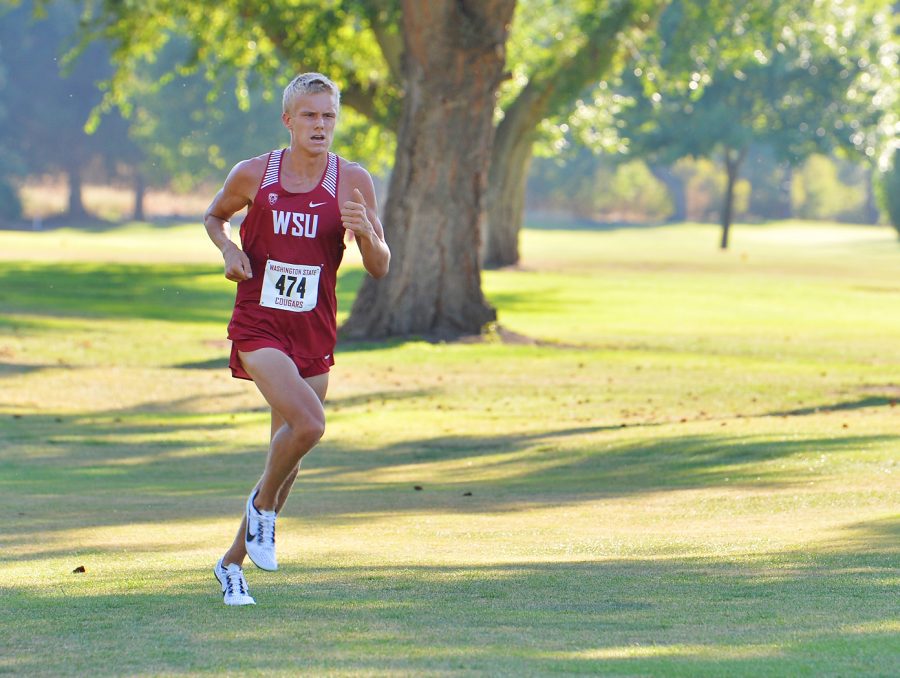 Junior Chandler Teigen competes in a cross country event for the Cougars earlier this season.

Junior cross country distance runner Chandler Teigen has surpassed all his expectations since stepping foot on campus back in 2015.

Most recently, Teigen finished 63rd in the 10,000 meter course at the NCAA Championships in Louisville, Kentucky. This most recent feat was from a combination of hard work and determination that started during his freshman year of college.

“My time here has been pretty amazing,” he said. “I came from a small school and started out practice getting dusted by the others.”

That small school goes by the name of Asotin High School, where Teigen earned seven varsity letters in four years, and won two state titles as a cross-country runner. He was also ASB president his senior year, an officer in FFA and he graduated with a 4.0 GPA.

“If you’re called a nerd, it’s not a bad thing,” Teigen said. “I’ve always been curious.”

This curiosity has carried over into his college career. Head Coach Wayne Phipps praises not only Teigen’s athletic side, but his academic side as well.

“If there was some sort of definition for student-athlete,” he said, “it would be synonymous with Chandler.”

Teigen credits his mom and dad for how he carries himself today.

“They both are very hardworking people,” he said. “They taught me to do it right the first time, rather than doing a halfway decent job on something.”

The summer after sixth grade is when Teigen got into the team sports of cross-country. He took 12th in state during his freshman year in high school and knew he could win state senior year — and maybe run at the collegiate level.

Teigan chose WSU to run cross-country in the fall, and track and field in the spring.

Before this year’s NCAA Championships, he said he didn’t want to alter his routine too much from what he’s been doing all season.

“[Head] Coach [Wayne] Phipps wants us to perfect our routine early in the season. You don’t want to change too much,” Teigen said. “The whole goal is that you don’t reach your peak potential until the championships.”

Regarding preparation for a long-distance event, Teigen said two nights before the race is more vital than the night before. A normal day at practice is running 7.5 miles, while longer days are ramped up to 9 miles.

“People doubt cross-country runners as being fast,” he said. “This is not a sport you can get away with if you’re not fit. Running up the hills of the Palouse benefits you in a sneaky way.”

Phipps still thinks there is room for Teigen to improve for his upcoming indoor season in track and field, and his senior season in cross-country, referring to his implementation system for all runners.

“With maturity and the greater accumulation of training, and his confidence improving, I think it’s going to carry over well into the indoor season,” Phipps said. “The sky’s the limit. He has the potential to be a top-10, top-seven distance runner in the nation.”

Correction: This article has been updated to represent the correct spelling of Chandler Tiegen.