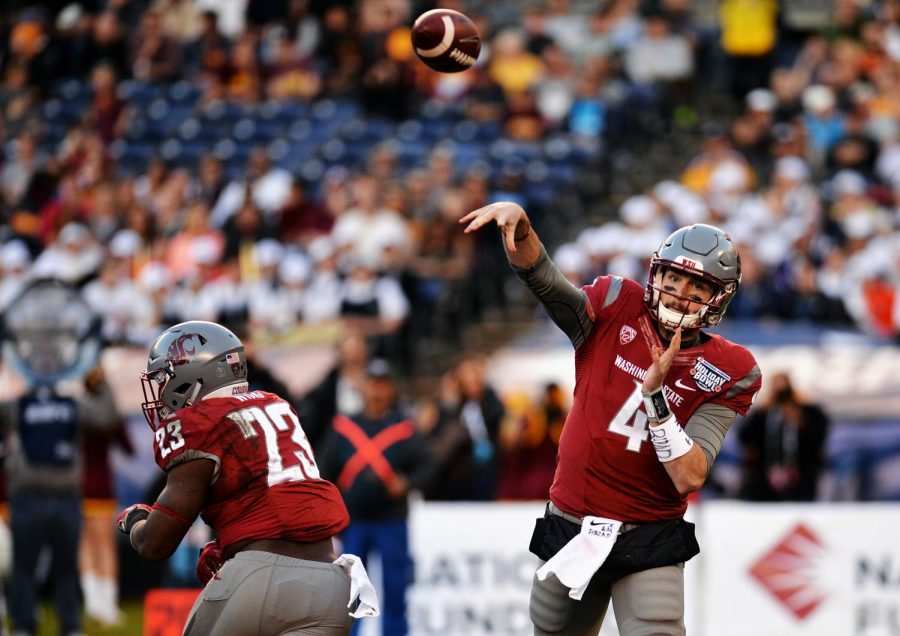 The Cougars will participate in the Holiday Bowl for the second straight season. WSU fell to University of Minnesota 17-12 in the bowl last season.

“San Diego is a wonderful destination for our fans,” WSU Interim Athletic Director John Johnson said in a news release, “and we look forward to celebrating the 40th year of the bowl game with a tremendous week of activities, culminating with a great bowl matchup against a storied program in Michigan State.”

This marks the third straight bowl appearance for the Cougars and the fourth in the six years the team has attended under the leadership of Head Coach Mike Leach. WSU is 1-2 in bowl games under Leach and holds an all-time record of 7-6 in the postseason.

WSU started the season with six straight wins, but lost three of its final six games. The Cougars ended the regular season with a 41-14 loss to University of Washington in the Apple Cup.

MSU won six of its first seven games to start the year as well, and dropped two of their final five games to finish with nine wins. The Cougars are 2-5 all-time against the Spartans with the last meeting between the two teams being in 1977.

“We are incredibly excited to have the opportunity to play Michigan State in the Holiday Bowl,” Leach said.

The bowl game will be broadcasted live on Fox Sports 1.