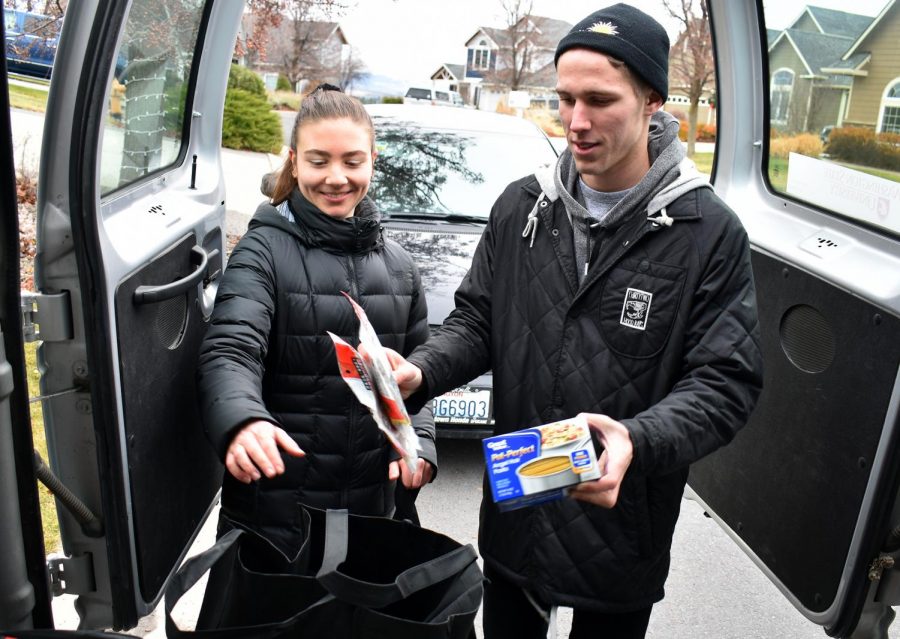 Alex Svensson talks about his experience as a first-generation student.

Hundreds of volunteers gathered on a crisp and early morning to collect 4,000 pounds of food in Pullman to help end hunger on the Palouse. Volunteers raised $3,000 during a live auction, with more to come from a silent auction.

Participants competed to outbid others during a live auction. Morgan said the auctions in Pullman did very well this year compared to past years. He said they collected less food donations than last year, but hope the amount of money raised from the auctions will help off-set the loss of food donations.

Suzanne Polle, a community member, talked about how she likes seeing students getting involved in the Pullman community.

“Some WSU students came to my house this morning to collect food,” Polle said, adding that she wanted to offer hot chocolate since it was so cold outside.

She said there are many poor and homeless people in this community, and this is one way she and students can help.

Polle was a teacher at University of Idaho before she transferred to WSU where she taught for five years until retiring. Polle bided on a portrait drawing by a local artist.

Kiel Bates, a community member at the auction event, said he was bidding on a golf set that includes a pass to Palouse Ridge Golf Club.

All donations go to local non-profit organizations, such as Alternatives to Violence on the Palouse, which supports victims of domestic violence; Backyard Harvest, which provides fresh produce to low-income families and seniors.

Donations also went to the Community Action Center, which provides services like transitional housing, food supplements and home rehab; Pullman Child Welfare, which provides children and families in the Pullman School District with food, school supplies, coats and snow boots. Other local non-profit organizations were recipients of the donations collected from the annual food drive and auctions.