WSU has scored at least 70 points in last three games 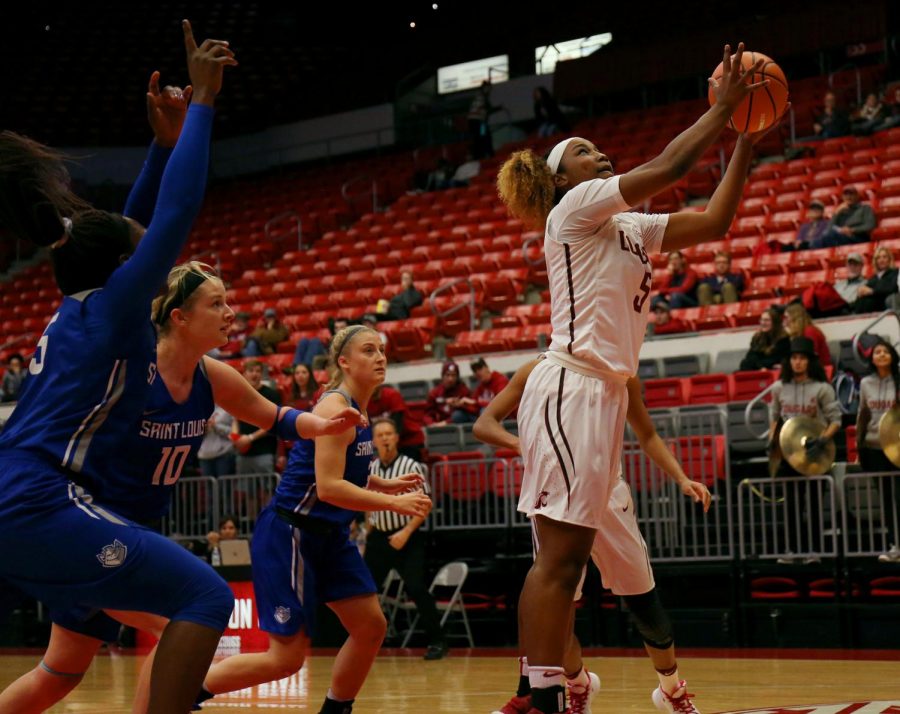 WSU women’s basketball (5-4) will play its third game in six days when it takes on Gonzaga University (4-3) on Wednesday.

The Cougars are coming off a 85-63 victory over Saint Louis University on Monday. The win gave the team four straight after starting their season with a 1-4 record.

The WSU offense has improved during the winning streak with the team scoring at least 70 points in their last three games. Head Coach June Daugherty said it was “nice to be at home again” after playing two games in late November at the Gulf Coast Showcase in Florida.

Daugherty said her team has faced lots of adversity this season and responded appropriately each time.

“[We’ve got] the ninth toughest schedule in the country, our [Rating Percentage Index] is in the low 30s,” Daugherty said. “We’re always in the mindset of we’ll play anybody anywhere.”

The Bulldogs have won two in a row coming into this game against Eastern Washington and Portland State, winning each game by at least 20 points.

Tomorrow’s game will be WSU’s last game until Dec. 18. The series against the Bulldogs has been split 2-2 the last four seasons. The Cougars lost last year’s matchup to Gonzaga 79-61 in Spokane.

Tipoff is scheduled for 7 p.m. Wednesday in Beasley Coliseum. The game will also be broadcasted live on Pac-12 Networks.