Officials’ trip to Samoa accomplished nothing

Students say there haven’t been any changes or follow through, feel unaffected 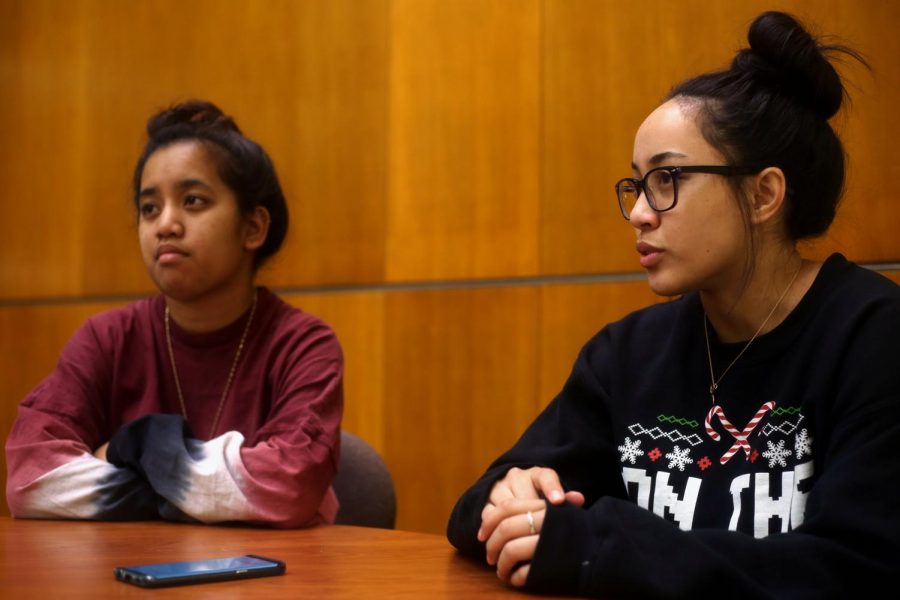 A semester after several WSU administrators took a five-day trip to Samoa, many are still unsure as to whether the trip actually brought about any tangible change.

WSU President Kirk Schulz and Vice President of Student Affairs Mary Jo Gonzales initiated the trip with the stated goal of learning how to better serve Samoan and Pacific Islander students at WSU. However, there has not been any real effort toward this goal.

Roanna Zackhras, treasurer of the Samoan student group Mitamitaga O Samoa, said she feels administrators need to do more to understand their culture, but that they didn’t have to spend thousands of dollars to do it. Coming to MOS general meetings and talking with members of other Asian and Pacific Islander student organizations would have been a valuable first step toward making improvements on campus, but no such contact was ever attempted.

Ula Pele, a senior biology major and member of MOS, said WSU officials should have started locally instead of flying to Samoa to talk to people who probably aren’t going to help students on campus. If Schulz and Gonzales wanted to build relationships, they could have traveled across campus to an MOS club meeting rather than across the ocean.

Since the trip, nothing has changed in the way the administration interacts with MOS or other Polynesian student organizations.

“There has not been any action toward what they said they were going to do,” Zackhras said. “There has been nothing, not even contact, not even coming to our general meeting.”

How can WSU leadership claim to have a strong desire to set things right without taking any action to achieve that goal? It feels disingenuous, and that is the impression that MOS members received. Zackhras said no one consulted them before the trip was announced, and based on the timing, she feels that it was more of an apology to Robert Barber and other Samoan athletes than a mission of cultural enlightenment.

“It was obviously for the athletes,” Zackhras said. “Not the Pacific Islander community, not the students, not the faculty. It’s honestly degrading, because we exist on campus, too.”

Both Zackhras and fellow MOS club member Eseta Tupa’i said they feel like the only time Samoan students are recognized is in relation to athletics. With WSU’s large focus on sports, some student groups feel that administrators ignore contributions made by non-athletes to the university community.

Pele said that when issues like funding come up with cultural clubs, the problems are not addressed as quickly as when they involves athletes.

“It’s like the difference between being a starter and being benched,” Tupa’i said.

The absence of any tangible action from officials is deeply troubling. It shows that administrators believe their time is too valuable to spend on something as simple as talking with concerned students.

“If there were no clubs, there would be no representation of our culture,” Tupa’i said. “[The administration] wouldn’t necessarily go out of their way to make it known that there are other cultures here.”

Students who staged the August sit-in at the administration building found that neither Schulz nor Gonzales were in town. Instead, they were on a luxurious vacation, too far away to deal with student issues on their own campus. Instead of dealing with actual concerns, they were busy “building relationships” with people that can’t help students in Pullman.

Schulz alone spent about $6,500 for travel, lodging and dining expenses while on the trip, and expenses for the other administrators are still unknown. This amount of money spent on a trip like this is not unheard of — the issue lies in the fact that top WSU officials went on the trip, came back and proceeded to do nothing.

The trip, and the fact that in subsequent months no changes have come as a result of it, further accentuates the gap between student issues and administrators’ poor perception and resolution of those issues.

Racial issues have not been uncommon at WSU, but taking a trip away from campus hardly seems like the best solution, especially when the participants didn’t take the time to reflect or come through on any of the promises they made. Administrators could have achieved their goals just as easily, if not more effectively, right here in Pullman.