Behind the press: Sports photographer vs. wide receiver 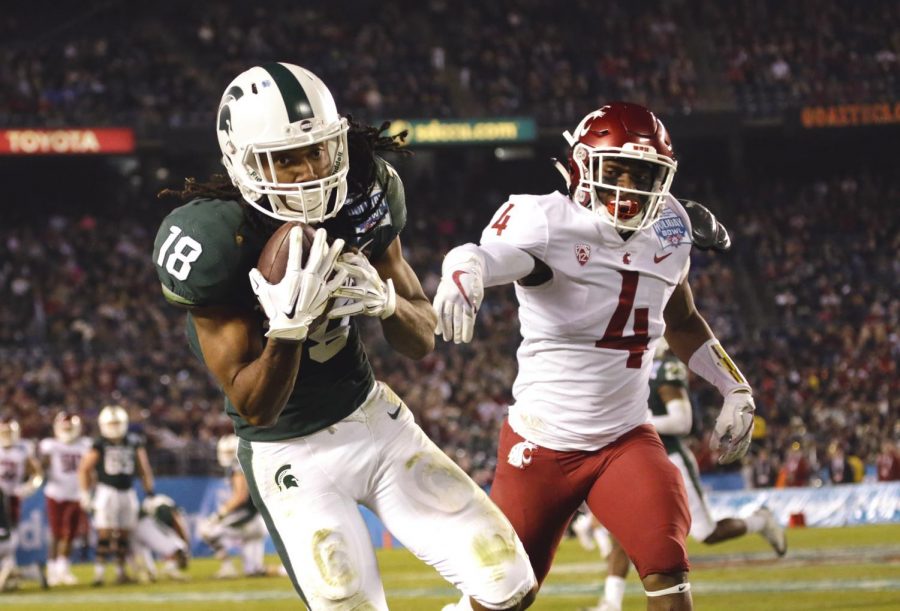 Junior wide receiver Felton Davis III makes a catch for a huge gain of yards for Michigan State on Thursday at Qualcomm Stadium.

Turns out, it’s not that fun to get hit by a football player. Anything for a good photo, right?

I was squatting down on the 20-yard line in between these A-frame advertisements and the field. The second I saw the Michigan State receiver’s route I knew I was going to get hit, but I loved the angle too much to move. All I could do was hold down the shutter until the receiver was out of frame, but by that time it was too late.

Once I lowered my camera I could see just how close he actually was, which was very. I immediately pulled my camera close to my body and turned my back to the field. Luckily, the receiver had fallen right before we made contact, which probably saved the lenses that were in my backpack.

We made contact, and I was squished between a 195-pound wide receiver and a big white sign. Thankfully, the player, my camera and myself weren’t injured in the process of getting these photos.